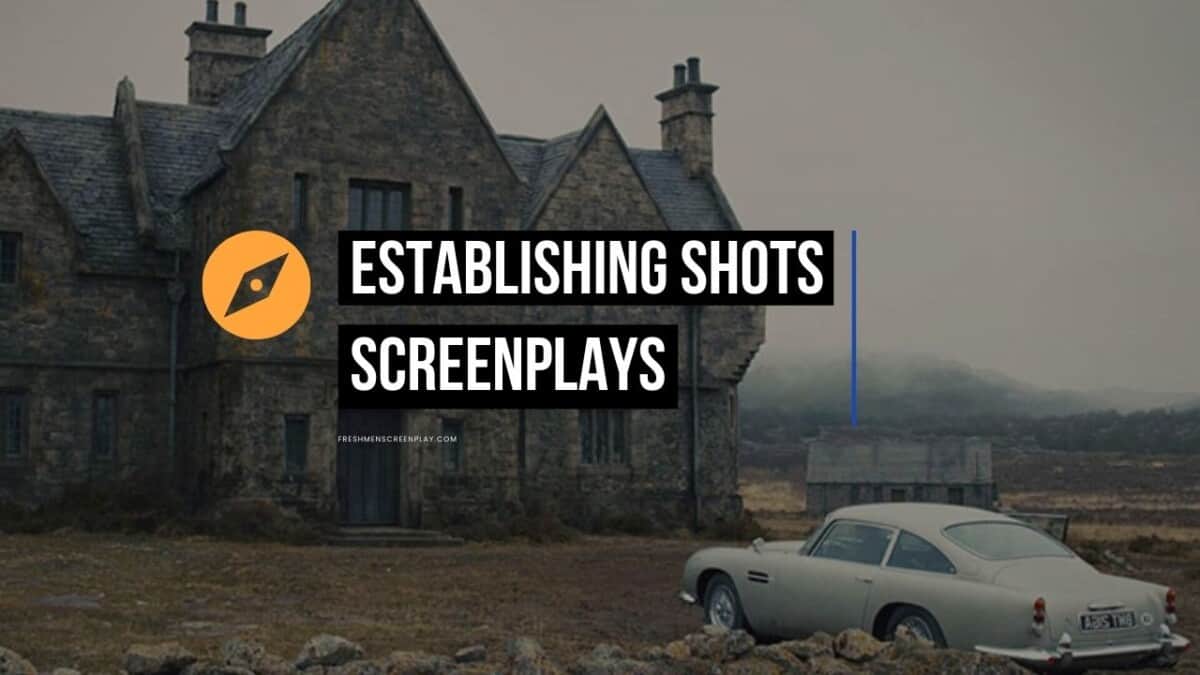 Establishing shots are used to show the world of the story. Including the setting, time of day and paints a picture for your scene or entire script.

Sometimes you might see the first scene heading as “ESTABLISHING” instead of “DAY,” but this is more for production-ready screenplays, not spec scripts.

Both examples work perfectly fine. Example two excludes the extra scene heading. Which can be a drag to the reader. More on that below.

OVER BLACK: is used, but it’s still done the same way.

OPEN ON: is used in this example.

Do you see a pattern used? I know I do. Let’s talk about the guidelines for using establishing scenes in screenplays.

Whether you’re writing a thriller, comedy, or horror. Opening images in scripts are all for the same purpose. To introduce the world of the story or the setting. The situation Nothing more.

All these openings are short and to the point; we see the world’s reality or the situation and then immediately cut to start the story.

2.) No characters or a situation for a character

Notice how in all the examples above, the character is either in danger or uncomfortable. These examples are great but outliers; most establishing shots may not have characters at all. Maybe people to help describe the town but no one in particular.

Why you should write an establishing shot in a script

The tone is essential in a script. The tone in screenwriting is the mood or attitude you’re writing portrays. It also helps us paint the genre. You can do this by the very beginning, and an establishing shot can help do this.

2.) Reveal key details on the story.

Say you’re writing a fantasy movie like Avatar or terminator. An opening shot that shows us the world would be necessary, to say the least.

Why you shouldn’t write an establishing shot in a script

If your reading this, I’m assuming you’re not in the industry and therefore writing a spec script. Most specs scripts suffer from being over-written. Unless there is a specific reason for this opening tied to the story, don’t write it.

Many times a director will decide what we see first. Your job as the writer is to tell the story, not direct the story. Keep the script to the elements of the story only. Once you’re in the industry, then you can detail it up.

In what way are you going to open your script, and why?

Whatever the reason is, let’s hear it in the comments below.

How to Write an Establishing Shot in a Screenplay
Posted in Formating Help By K.D.WilsonPosted on Tagged fotmating, shot
Script Audio Notes