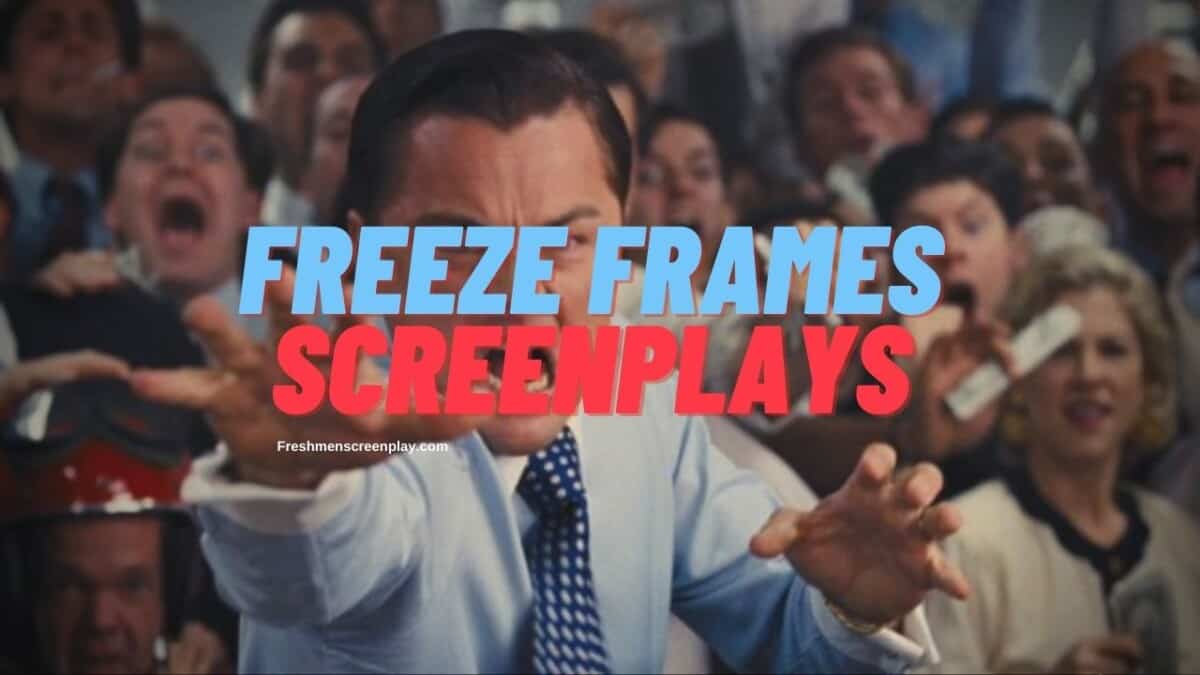 First, what is a freeze frame? It’s a point of any movie where the screen stops and pauses on one image.

It’s prevalent in Martin Scorsese films. Generally, followed by a voice-over explaining the situation we’re watching or about to watch.

Another way I’ve seen this done is by writing FREEZE FRAME in the action line itself.

This version saves a line in the script, but either way will work fine.

Like I said earlier, I see this in Martin Scorsese films more than anything else. Let’s see how he writes them.

Followed by what we are looking at. Then the voice-over.

This was followed by a voice-over once again.

Are you starting to see that there is no pattern between the scripts using this FREEZE FRAMES? That’s because it’s not a right or wrong way to use them. But like with any technique in screenwriting, you use them sparingly.

Why you shouldn’t use Freeze frames in Screenwriting

Freeze frame choices are made by the director in the editor’s room. Not by the screenwriter. They are a stylistic choice, not a story one.

If you noticed, all the examples from scripts we see are from the production-ready screenplays and not spec scripts. If you’re reading this, unless you’re about to solo produce your own script, you’re writing a spec script.

Why you should use Freeze frames in Screenwriting

If you have a narrator in your script explaining exposition. This might be the only reason to use one.

I’ve never seen a script use a freeze-frame without some sort of (V.O) to follow.

Make sure what we’re about to hear pushes the story forward in a significant way. If not, it’s probably not a good idea to use.

Do you have a good reason for using freeze frames?

How to Write a Freeze-Frame in a Script?
Posted in Formating Help By K.D.WilsonPosted on Tagged freeze frame, Freeze-Frame, how to write
Script Audio Notes