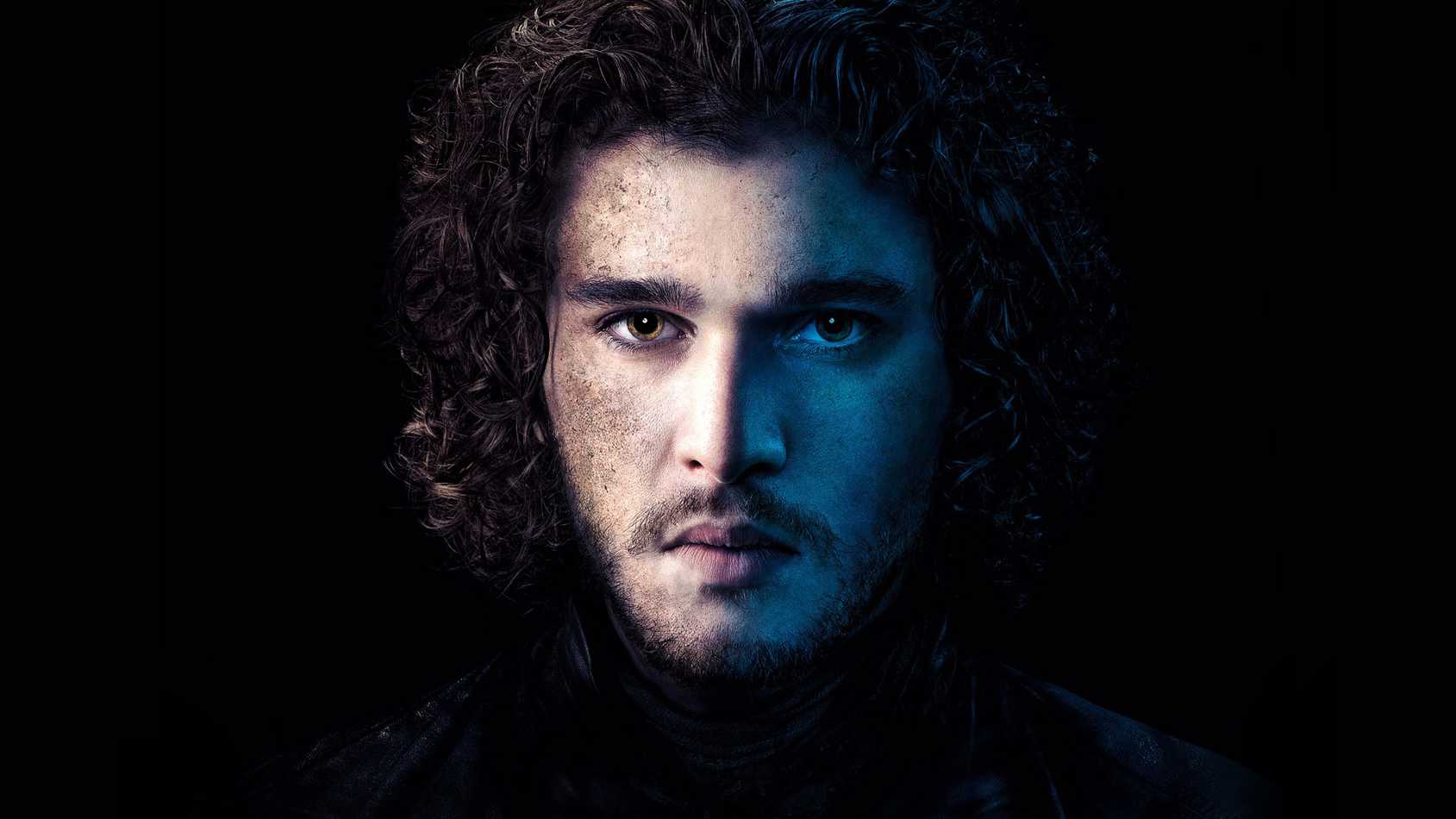 So your about to write a screenplay as was about to 3 days ago. I knew the plot, characters, conflict, and resolution really well. The only thing I didn’t realize was the Character names. Character names are the icing on the cake. This can be tricky because there are a million directions this can go and naming your character “Bob” can be an awful choice or the best choice in the world.

How to pick a character name in a screenplay? Pick a name that best represents the personality of the character within the context of the story.

Pick names based on the time your writing in. For example Game of Thrones is one of the most popular TV shows ever made that takes place 299 AC (299 years after Aegon’s Conquest). Yes Its completely made up world but it was originally was supposed to mirror European history.

Think of the names, Tyrell, Lannister, Bolton, Targaryen. They sound like they belong in that time period, don’t they? When is the last time you meet someone with the last name Targaryen? But it doesn’t matter it works for the story, we as viewers don’t ask any questions because it sounds natural.

This tip isn’t as easy as the last. When building a new world within a screenplay is hard work. You have to figure out the rules of this new reality. The least of your problems is the character names. When picking names for a new world popular directors go back to the root meaning of words. They take the meaning and combine that with how the audience will feel hearing such a name. Think of the pronunciation of the name.

Avatar – Neytiri, Tsu’Tey, Mo’at, Eytukan
Neytiri played by Zoe Saldana as the second lead and the love interest of Jake Sully. This film had a lot of Cultural, spiritual ties associated with the story. The natives lived off and respected the land. For inspiration Director, James Cameron went to Native American tribes.

Native people typically have hi-fins or breaks in there names. He also had an entire language made for the characters to speak called Na’vi. These two influences combined created some of the unique names we’ve ever heard for a new world.

“I developed the names for the characters phonetically; I wanted to telegraph a bit of the character in the name — the names needed to sound unusual but not spacey. I wanted to stay away from the kind of science fiction names like Zenon and Zorba. They had to sound indigenous and have consistency between their names and their culture.”’ Luke Skywalker: “The name of the character played by Mark Hamill derives from the Greek leukos, or light, an interesting contrast to Darth Vader.”

Clark Kent, Bruce Wayne, Peter Parker, and Steve Rogers are just a few of names I’ve seen from . If creating a superhero think about using combined with the of the .

When it comes to super hero names keep it simple. There arnt more than 2 syllables per name and they almost never have a middle name.

Hard sounds in names can come off as a hard character. Think of the Power Rangers. Red Ranger feels like the leader and the Blue Ranger doesn’t. Hard letter names can also make a character sound more aggressive or evil.

You’ve heard these names before normally played by evil characters for a reason. This is different from soft sounding names. Names that don’t have letters that stand out like:

Think of how these names flow off the tongue a lot softer. Mentally we can associate these names with gentler people.

Real sounding names make sense for the story. For example in the movie “Faceoff” there are names Like Caster Troy and Jamie Archer, and if you haven’t seen this movie, it doesn’t take place in Greek mythology. Pick names that make sense to what your story entails. Names that people can hear and read and not throw them off. In other words, don’t go crazy just because you can do anything doesn’t mean you should.

Gender neutral names can be tricky. Sometimes this works well sometimes it doesn’t. If you’re writing a screenplay for someone to read and hopefully make. The readers of your screenplay generally are interns who don’t get paid, remember that.

In the description of a lead female military character named Sargent Burtin may seem like a guy on page 40 for the script far removed from the description. We all grew up associating names with gender.

Think about how most people view the word Burtin even though its the last name. Reading a sex scene, many will forget Burtin was a female. This might lead people to think it was a gay sex scene. Yes, this is a real example from a real writer. Once the screenwriter changed the name to Sargent Betsy, the confusion was over, and the script sold.

Remember there is a difference between what we read and the finished visual product.

These names might sound cute to put down if the story calls for it, like if the characters were twins. Which in some cases can be acceptable but the reader might get confused causing the same problems gender-neutral names can have.

8.) Name based on True Nature

You can pick a name to illustrate the characters personality or responsibility within the film.

When you hear these names without even watching the films it makes sense. This is another challenging way of picking names such as picking names based on the world. Think about the effect that the character has on the story. Think What will that character represent?

This is the symbolic route in picking a name. Recall Neo from the film “The Matrix” Neo meaning new or the gift coming from the Greek word (Neos). In the Matrix, Morpheus was looking for the person in the prophecy that was going to save Zion. Neo played by Keanu Reeves was called the one, which is Neo in reverse. The Wachowski’s really put some thought into the meaning of there characters.

Writers can trap themselves without this. A lot of them may fall in love with a name because its popular at the moment. But again go back to the context of the story. Don’t name your character Riley if She was born in the early ’80s and lived in Florida. To people who lived in the area at that time, this will look weird to them. Especially if you’re making this film form 80’s babies. In other words, do your research. Picking names out of thin air isn’t really a good idea. Film names have to sound natural to the story.

This may seem like cheating, this refers to an indirect or passing reference to other popular names. An example might be if you have a character that is of high social status you could name her Elizabeth, referencing Queen Elizabeth. The association in people’s mind won’t let them forget the mindset of the character. This also works with classic navel or play names really well.

I say this is cheating because it’s easy and involves little creativity. And I must admit I have used this and it worked out great. Damian is referred to as the child of the devil. I’ve used this name for a character that had malicious intent in a past short screenplay I wrote. Be aware associations wear off eventually.

12.) You don’t have to name your character

This option no one ever thinks of doing. For example in Kill Bill, Quintin Tarantino named his lead character naturally “The Bride.” She didn’t need to be named.

This did a lot of things but most importantly this sets the idea in the reader’s head. They will remember when she was getting married Bill came and tried to kill her. For the rest of the screenplay, she is only referred to as the bride and you remember the origin of her rage. The point of her quest to kill everyone involved mainly Bill.

The last and final tip is to make the name memorable. You don’t want your characters to be forgotten. How many movies have you seen that you reference the character by the actor who played them instead of the name of the character? Now of course if Denzel Washington plays your character it’s going to be hard to disassociate the two. But it can be done. For example, Captain Jack Sparrow is played by Jonny deep not the other way around. If you use the tips above you will more than likely have the same effect.

It might look cool on paper but might sound annoying out loud. For the final tip say the name out loud several times to see if it fits your screenplay. Shaving off a syllable here or there won’t hurt to make it fit.

If you want even more tips about character names check out How to Pick a Character Name for Your Screenplay from SoCreate’s blog.

How to name unnamed characters?

Characters who have small roles such as the Taxi driver can just be named “Taxi driver.” When doing this avoid numbers. Do not name your characters citizen #1 or pedestrian #3 it is better to give them real names to avoid script confusion in big scenes.

What about Character nicknames?

When a character has a nickname please refer to the complete name and the nickname in the description portion of the screenplay. Also, nicknames are shortened easier versions of names don’t make the nickname longer than the original name.

14 Tips to Pick Character Names in a Screenplay (All Genres)
Posted in How to Guides By K.D.WilsonPosted on
Script Audio Notes