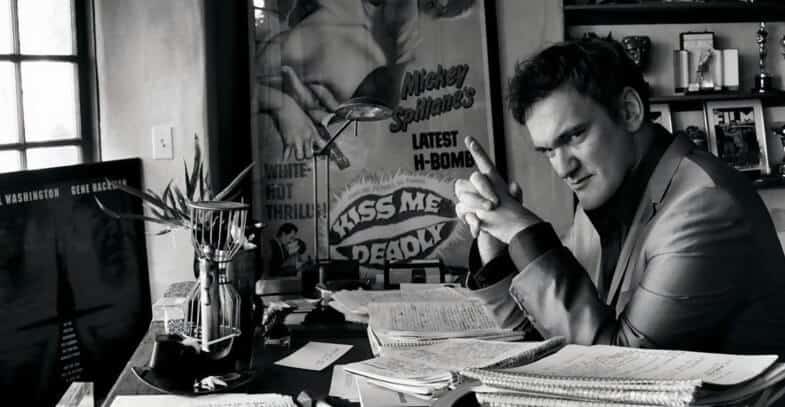 If you’ve written or just now writing a script you have probably used this at least a dozen times without knowing its real meaning.

What is heading? A scene heading is a line of text at the beginning of each scene that lets the reader know the location and the time of day the scene is taking place. Sometimes called a slugline.

EXT. – Meaning exterior (outside) letting the reader know we are outside.

STREETS OF SAN FRANCISCO – Is where the scene is taking place.

DAY – Sometime after 6 am and before 6 pm. Even though we see the slug line to act as the scene heading it can also act like other things within a script to keep the reader aware of what’s going on.

Now that you know what a scene heading is lets go over the rules and some things you can do with it that will make your writing more fluid.

1.) Always all CAPS, 100% of the time.
This is so the location change will stand out to the reader. Just like reading a book it would be confusing if the chapter headlines wherein a paragraph.

2.) Introduce a place.
Keep this simple and short. The point of this is just to frame the location in the reader’s mind. You can be more descriptive in the action lines to follow.

3.) Include the portion of the day.
You can use DAY, NIGHT, DAWN or even MAGIC HOUR. Anything that will illustrate the setting. I’ve even seen screenwriters use MIGHTNIGHT and EARLY MORNING if the specifics are valuable to the story.

Don’t go crazy with this you can express most things in the action lines. Your scene heading souldnt be so long that its overlaping into a second line in text.

4.) Reframe the shot in the reader’s mind.
When a car is moving, you can write MOVING as a stand-alone headline, between the location headlines. If we’re in the same setting, but time has passed you can write LATER, A FEW MINUTES LATER, A FEW DAYS LATER. For example:

6.) Be Consistent.
If you describe a location as RICHARDS HOUSE don’t stray from that heading. Readers will get confused if you start writing things like HOUSE or RICHARDS PLACE.

INT. – Interior of something like a building, house, room. Example:

INT./EXT. – Use only if the scene takes place both in and out of a given location. Example:

We also have the master scene heading; this includes a bit more information. Only give this if it’s necessary for the reader. Example:

Something to remember is that not all headings look like these examples. Some are quick reminders pulling the scene back to a location. Use this heading when your scene is cutting back and forth over several actions.

These are called slug lines and they stand-alone and require no Interior or exterior or time of date notification because it was already established at the beginning of the scene. Example:

Another type of slugline is an insert. This is a detail shot of something you want the reader to know that is essential to the story. Example:

So now know the term slugline can be used to describe a scene heading as its most likely referred too. It can also be an “intermediary slugline.” This is used to refocus the reader for longer scenes, or to point out something the reader must pay attention to. Example:

How not to write a Scene Heading

1.) Do not describe the scene in the heading. Example:

If you are the director and you’re not writing this for anyone else, then it’s okay. Don’t include Years either keep this for the action line or the superimposed lines.

3.) Never put dialogue after a slug line or a scene heading. An action line always follows. This is to tell the reader what characters are in the scene, what the character is doing, or what is happening.

4.) Don’t write shot descriptions in the heading. You never usually write shots unless you’re making a shooting script which is for the camera crew and the director. Most screenwriters especially newer ones are writing spec scripts. Example:

How to format a character moving from room to room?

If you would like the camera cut with the moving of your character you will need a new scene heading. Most screenwriters use slug lines. for example

When to use continuous in a script?

Screenwriters use the word CONTINUOUS to indicate the previous action is still happening no matter the change in location or time.

Is fade in a scene heading?