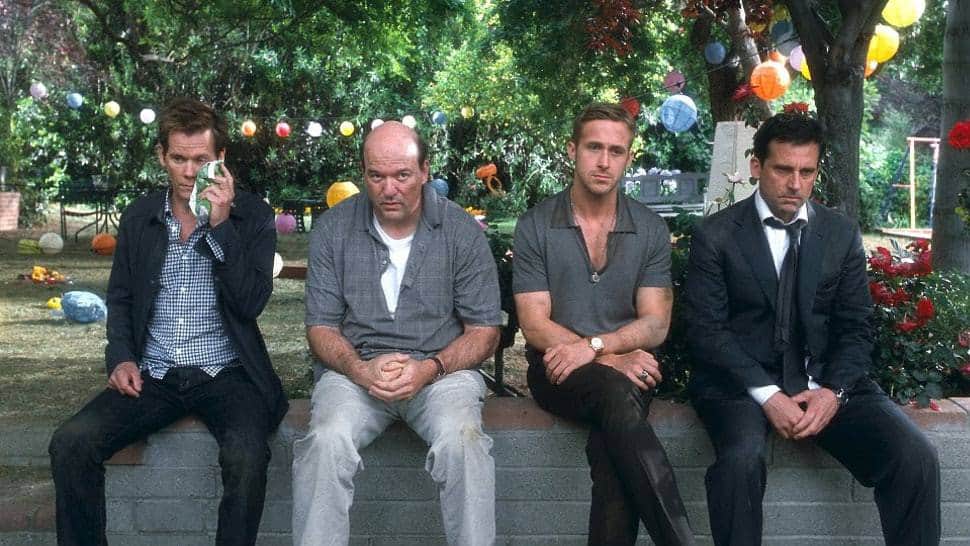 A screenplay is supposed to read how a movie is shot. Some movie cuts are fast; some are longer than others. But no cut is boring. If producers have to read your script descriptions like a book he or she will think your an amateur.

How much detail do you need in a screenplay? The rule is no more than three to four lines per description.

If you can’t get your point across in four lines or less, there might be something wrong with your writing. But this is not a hard and fast rule. A lot of times, screenwriters can get away with way more. Here’s why

1.) When information is crucial to the scene.

Sometimes there is more information you need to give the reader for an understanding of the situation, and this can’t be given in just three lines. We will go over later in the script what detail is needed and why but for now know that sometimes it’s hard to cut it down. So don’t go crazy if you break this rule sometimes.

Quintin Tarantino is a master at this. Even though his script are written with the length of a novel, each line is crafted in such an interesting way. I’ve seen producers shame some writers about there excessive descriptions where they praise Tarantino. So it just goes to show you that there is a level of skill you need to reach before you can free write on a page.

Again it’s more of a guideline and not a rule.
Some of my favorite scripts break this rule consistently the only time you can ignore the law is when your writing is excellent. So the question becomes:

How can I tell if my writing is good?

The answer is you can’t. At least not without help. Get with the right people that will tell you the truth. I suggest other Hollywood level screenwriters. There is a service for that you can check it out here.

Get a pro Screenwriter to Read your script

But the point is you can’t go wrong with keeping it short. You can rarely go wrong. If your struggling with this try to keep it short over making it intresting and your writing will become more intresting.

I said earlier a screenplay is a written visualization of a film so treat small details written like a close-up shot.

You can almost imagine that in your head. It gives a sense of tension. Now have you ever have seen a movie with six close up shots in a row? No, and if so it’s so rare maybe 1 out of 1,000 why? As David Mamet would say it:

In other words, you’re making them pay hard attention to several things at once tiring out there eyes on the big screen and the page. Again if you do decide to do this, it better be for the reason that will shock and amaze.

How to Shorten Description Lines

So up to this point, you’ve found out the rules for descriptions and when it’s ok to break them. But even with that said the best-written lines are tight and precise. Let’s look at some methods for creating shorter descriptions.

2.) Having too many adverbs and past tenses.

We want to be moving forward as much as possible in scripts. Past tense verbs slow down the pace of your script by keeping everything behind us, not in front.

Take as many of these out when writing, you will instantly notice your lines getting shorter.

Adverbs are another problem. Just like a close-up shot in a film if you add this layer of detail, you’re focusing the reader’s attention to the action. Use sparingly for a more significant impact when you use it and shorter lines.

This idea is not just like the previous one. Remember this is screenwriting, not novel-writing or essay writing. Your only limit is your creativity when describing. For example, instead of saying:

change the line to:

The best way to learn tricks like this is just to read screenplays it will open your mind to what other writers do and give you a sense of freedom you might be missing right now.

You’re not the director and your not the actor. Creating a film is a collaborative environment, and your job is to write the story not direct the movie. UNLESS this is a critical climax and the reason your giving direction is because the scene wouldn’t be understood any other way.

A table is just a table. It doesn’t have to be a low marble brown table.

No one cares what type of shotgun it is. Most people reading your script didn’t grow up on a military base, and even then they probably won’t know, and most won’t care.

All they need to know is it goes “BOOM” when it’s shot. UNLESS the type shotgun is crucial to the story and most of the time it isn’t.

By doing this your intruding on production design and other jobs on a film set that involves other creatives input just like yourself.

6.) Focus on Feelings over Facts.

A movie catches people due to the feelings a filmmaker gives an audience the same for the screenwriter. The emotion you can pack into the lines are more important than what’s happening. More on this with examples in later sections.

7.) You don’t have to use complete sentences. (Comic book writing)

Self-explanatory. This becomes easy when you focus on writing feeling more than facts. Screenwriters have this great freedom to write like a comic book or like a novel depending on what the scene needs. Use the full range of what you can do with this medium.

What is white space precisely? It’s large blank white spaces on the page.

Why would you do this? Say you have to write a description that ends up being five lines even with all the tricks in this post.

By separating the lines say three together then followed by two lines with space in between, you can visually create a flow that doesn’t feel like your over-explaining.

The point of this is to keep the reader engaged and make them feel as if they are moving through an exciting story and not reading a boring book.

By keeping lines short, you bring curiosity that keeps people reading. Like like in a movie if we know everything upfront, we can predict the ending.

Now, this post is officially over, but I want to go a little deeper by taking about individual descriptions of character, Scene, action, and parentheticals.

Think to yourself, what’s important to know about the character right now?

If you’re writing a horror sometimes its just fact that hes in the house is all the description you need.

Most of the time, its better for the character to reveal themselves during the script rather than you telling the reader everything about the person on the first walking through the door. Personality and interest should be built-in action lines and dialogue lines.

So what do you talk about the first time?

This depends on writing style and what you want to reveal about the person. But usually one or all of the following:

Describing this feature is the most important and underrated way of a character description. Express who they are without listing anything else.

The producer will then see a vision of there age or clothing. And that’s the point and what was good screenwriter does.

You can paint the picture and let the reader imagine the colors.

If someone is hunched over with there, eyes pacing says a lot about how they are feeling in that moment. Remeber action describes a character better than anything. Even in real life, what someone does shows there true nature.

Which can almost tell you who a person is. In certain countries like Japan, you can tell someone who works at night from an office worker just by sometimes the color there wearing.

This can be tricky and should be only used if it’s again NECESSARY. For example, in one of the first films I wrote a person changed from a 6’3 man to a 4’4 women giving hight and or weight was important details for the story. But even here I didn’t give exact numbers. For example:

Now you don’t have to use all three examples in each character description I’m just giving you some starter points. Let’s look at this example from one of my favorite comedy movies, “Crazy Stupid Love.”

Remember, emotion is better than facts. Let’s look at an example from one of my favorite movies, whiplash.

Now there is nothing wrong with this version except how I don’t care what’s happening in it. Let’s look at the well-written version of this script scene to see the difference.

Earlier I talked about how details are used for close-ups. In this scene, you can almost see every line, and that was intended by the writer.

Action in a script can be hard to follow. You are writing a motion. In my opinion, its the hardest thing to learn out of all the description lines we are covering. Let’s watch Professional screenwriter John August write action.

Take a look at the notes below and remember them every time your writing action beats.

Create a world. For every action, there is a reaction if there is a gunshot think does the bullet his a car window or go off into the distance with sound.

(Parallel action) Don’t worry about complete sentences. Just get the point across.

Use words creatively to shorten descriptions and keep the excitement. ” Squeezing off three rounds ” over ” He takes out his gun and shoots back.”

Use White space by spacing out an action scene to no more than two lines per cut.

The final type of description here is the parenthetical description. Which is the small piece of direction given to the character while speaking? Below is an example:

Simple right but where it can get out of hand is when you give direction every line. For example:

Following what’s most important for the scene, maybe there should be only one parenthetical here and leave the rest to the actors to figure out.

Another example of a bad one is when they become too long.

Never do this one above all. Again a few words more impact.

Ok now, this post is officially over as you can see, a lot of the guidelines given about descriptions blend into all of the types of descriptions.

An excellent way to practice is to write a scene and then relook at this page going through the dos and dont’s and see how you can make better word choices.

The Exact Amount of Detail Every Screenplay Needs (Examples)
Posted in Formating Help, How to Guides By K.D.WilsonPosted on July 16, 2019May 11, 2020