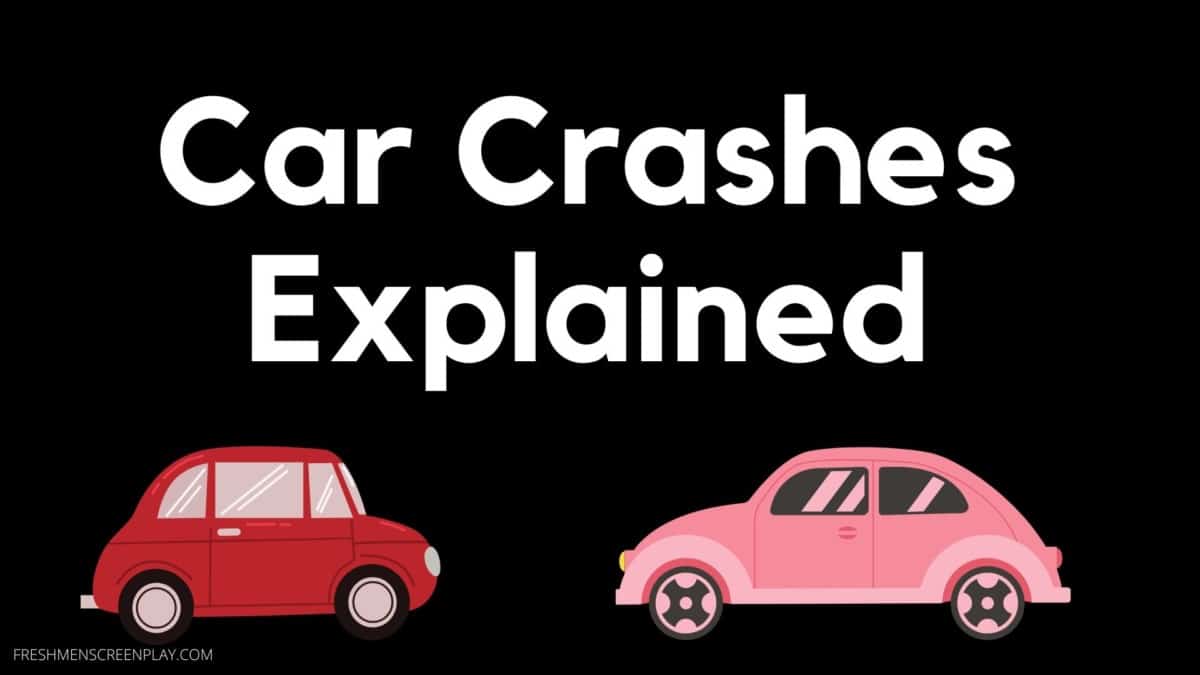 In this post, you will learn how to write and format a car accident in a script.

It’s not as hard as you think.

Most likely, if you came to this post, you’re probably overthinking it.

This is an example from the movie the Italian job during a car chase scene.

Notice how simple it is.

The writer put just enough detail in the script to give the crew a visual representation of what’s happening.

Let’s look at some rules for action description.

The Rules for Describing a Car Crash in a Script

Car crashes need detail but not over baring detail.

If you want the car to flip. Write,

If the car tumbles down a hill, you can write.

1.) Stay Away From Adverbs

When describing anything in a screenplay, not just car never crashes explain how something happened on what exactly happened.

No need to write

“The car viciously flipped over.”

“The car quickly flipped tumbled down the hill.”

There isn’t a need.

You shouldn’t do it.

That’s how books are written. You’re no writing a book, you’re writing a screenplay for a director, producer, and actors.

Excess details like that make it harder to read and, thus, writing that is signs of an amateur.

This crash is happening as we are reading it. It didn’t happen 5 minutes ago.

CRASH, right into the car in front.

She CRASHED into the car in front.

They then CRASH into the car in front.

Just like with sounds, you uppercase what’s essential in the script.

CRASHED, right into the house.

It reads faster doing this, and it lets the production staff know what they need to do when preparing for the film. They would think to themselves we have a car crash coming up we need the stunt double another car etc.

4.) Build a Word Around the Car

Yes, there was a car accident in your script, but what is happening around the area?

Include some, if not all, these things. This makes it real.

Let’ put it all together.

This is a video from John August, a professional screenwriter on how to write action better.

How to Describe the Sound of a Car Crash

You can use sounds on crucial parts of the script to make the car crash or anything more exciting.

Take a look at some of those sounds.

Just make sure to uppercase all these when writing into your script.

Example of a Car Crash in a Screenplay

Now look at some cases from famous films.

When the police car crashes he just writes

One lesson we can all take away from this is

Okay, so today you learned:

What ways have you seen car crashes described?

I would love to hear your opinions in the comments below.