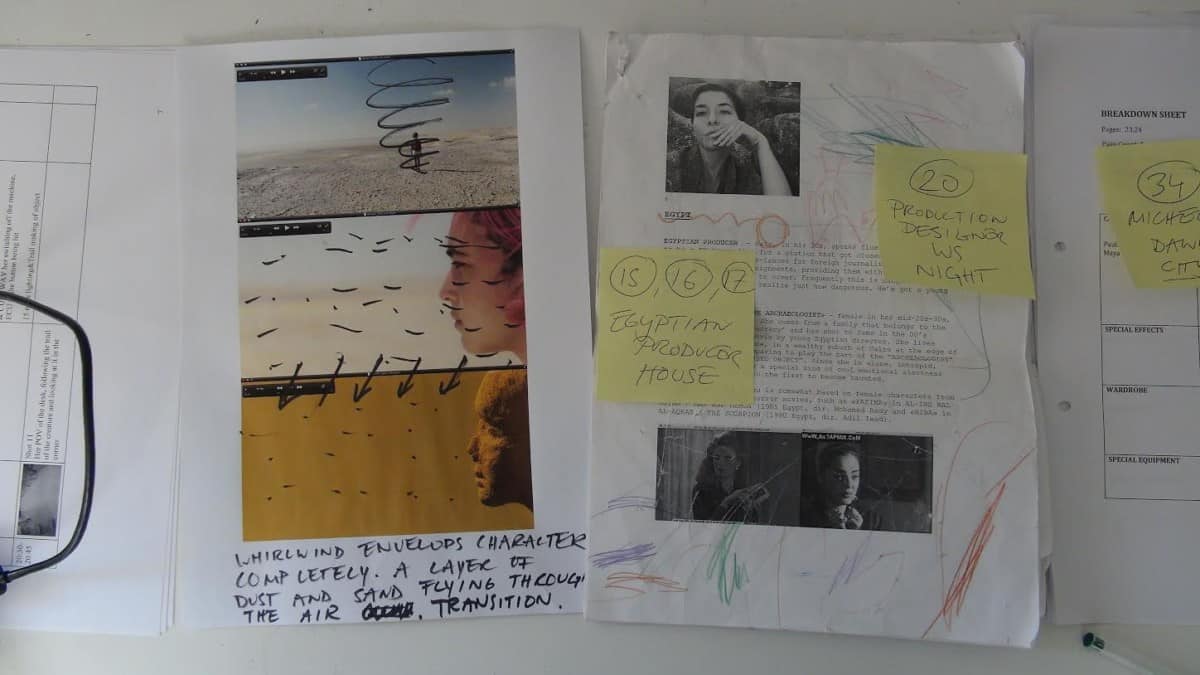 We’ve heard that our whole lives but how do you practice screenwriting besides the obvious “Write a lot of screenplays” advice.

I’ve set out to find the answer because being a writer myself; I needed some practical things I can do. Let’s go down the list of the six exercises that increase skill by name.

Each of these exercises works on specific parts of screenwriting. I explain each of these and more towards the end. of the post.

But what do you actually need to practice? Not everyone has the same issues when it comes to screenwriting.

What is your weak point?

When practicing anything any reasonable professional would first see what they are good at and what they are bad at doing. And then train based on the results.

For example, basketball players need to be able to dribble, pass, and shoot for complete offensive skill. Of course, there are others but for the sake of the example just three.

If you can dribble and pass well just working ok shooting drills to complete your offensive skills, so let’s name all the things needed to write a good screenplay.

let’s break down each one of these points

Hollywood is a concept industry now. The ’90s are gone and they arnt looking for intresting anymore they are looking for something that will sell. Creating High concept script is critical for catching producers attention. What is a high concept Idea?

High concept is an idea that is easily recognizable and easily communicable. Think Netflix’s film “Bird Box” or “Jaws.” Just from the name or poster alone, you understand it.

Most writers are writing stories that will never hit the big screen. No one cares about your boy and dog story. But if this script is written well it could land you a writing job it just won’t sell.

Plot what people have the most trouble with according to my research. People have an idea, but it’s not a story. For example:

An idea isn’t “I want to write about a strip club” that’s a location.

Most screenwriters have locations and think their entire movies. Or they think about a situation that is also not a plot and if you go to write a whole 90-page screenplay based on locations and situations your not just going to have problems selling it after your finished. You will first have problems finishing it.

You need to have a character or characters that want to accomplish a goal. Then you have obstacles in the way of said goal. Then your character gets there a goal, or they don’t. That is a plot in simplistic terms. Ways to practice this are down below.

Characters are a problem because new screenwriters treat them as crash test dummies. They are forcing them in situations and actions that any logical person wouldn’t do.

You have to treat them as individual people with there own thoughts and personalities.

Scenes are generally next in line to practice. But the problems people have with this is they usually write pointless ones. Taking characters though obstacles you think are cool rather than ones that lead to there ultimate goal.

Most people would put this issue first for them, but it comes last because the dialogue is the icing on the cake. Famous screenwriters like Tarantino are known for there dialogue, but it’s not even close to an essential element of screenwriting.

Now with that said there exercises you can do to increase your ability to write better dialogue than you do now. Why is it on this list? Most people are using it to move the story forward, which is the last thing you want to do.

How do you know which one you’re bad at? I use a script reader service.

A group of Hollywood scriptwriters got together and created to help out the little guy like you and me. They grade your script and give you a 17 point checklist rated excellent to bad.

Whatever you do, finding your weak points from other creative people are extremely important. You might believe one thing but someone looking from the outside in can really open your eyes.

Once you understand your weak points, look at the screenplays known for those elements. If it dialogue read “Pulp Fiction.” If its plot read “The Matrix.”

What makes this activity easy is you don’t have to read the entire thing. You can just read the parts you struggle with. For example, reading a breakdown of the Matrix’s plot or watch on youtube or something like that will suit you better in understanding the progression of the story.

Rewrite your screenplay parts your bad with. With more knowledge and experience, you can now rewrite. Once you do this, submit it back to the script reader and maybe one new additional person for review to see your progress.

If you did the work, you honestly should have gotten better. Now with this said let’s go over in detail the exercises you can do on top of reading other scripts.

Before you think you have a good idea, try asking the people who will watch the movie. Again this is great for people who are not just writing scripts for fun and actually want to sell them in the future.

Pitch your idea to 100 people. But not just any 100 people, please choose people you don’t know or are just acquaintances with. Your friends and family will lie to you strangers will tell you the truth.

Check there understanding
If they ask questions afterward is the best sign.

Gauge there reaction
Check for there eyes. If they glaze over no matter what they say, it’s not intresting enough. Facial expressions are the best way to see interest or not.

Change the pitch or the Story
Reflect on your results after a while; you will be able to see some common evidence from people. Change the story or change the pitch and do it once more. Until your hooking 60-70% of the people, you talk to. Once you do this, your idea is perfected now go out and write.

Describe an entire movie in three sentences. You can do this with a movie idea you have or better yet one that already exists. Then after you finish look up the plot structure of the movie and see if you got close. Do this over and over until you get the right answers.

The point of this is not only to tell a story but to lay out the most important plot elements of a movie — the very key for when your writing outlines. Three moments also keeps you on track when writing because the purpose of each scene is to build up to one of these moments.

Scenes are better visualized than told through dialogue. The show it exercises is best for this. Take five simple actions and write a famous character doing it without any dialogue.

For example, take The Neo from the matrix and write action to describe his:

Try to do it within four lines or less.

Every day write down the name of a person you know. Describe that person in 25 words or less.

Within screenwriting the name of the game is to write fewer words with more impact. This would teach you not only how to describe character but cut out what’s not essential to write.

Take a popular film franchise and write a short story reversing the roles.

For example, Take Star wars and make Darth Vader the hero and the luke skywalker the villain. Perfect exercise for people who write flat characters. Because everyone in the story isn’t bad for bad sake and isn’t good for goodness sake, every one of your characters should be flawed.

Take one line of dialogue from your screenplay and write it as if other popular characters were saying it. For example, how would Darth Vader say it and how would Indiana jones say it.

Most new screenwriters have characters that sound exactly like them and not as an individual character — the characters with the same vocabulary and intonation. One line fo Dialogue will keep you focused on each characters personality and speaking different from one another.

How to Practice Screenwriting with 6 Simple Exercises
Posted in How to Guides By D.K.WilsonPosted on August 29, 2019May 9, 2020