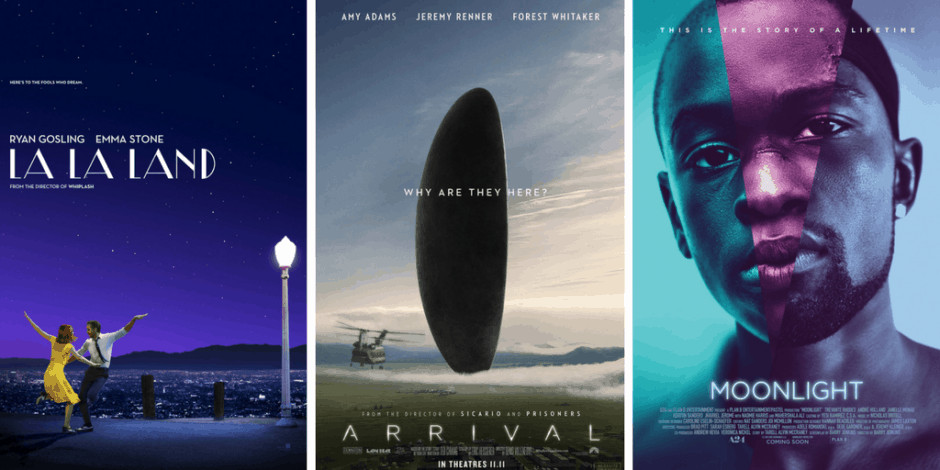 Have you written or currently writing a screenplay? If so, you have the same question going through your head. How do I know if it’s good? Or at least good enough to send to readers, producers, etc.? It’s hard to see the flaws in your masterpiece, but real writing is rewriting. At least that’s what Aaron Sorkin said. Welcome to the 18 qualities of a good script. Use these to write and rewrite your screenplay.

This list isn’t the end all be all. Meaning it a great starting place to make sure you’re on the right track with your writing, but it won’t perfect it only you can do that.

This tip might be a no-brainer but double-check your work. Nothing turns people off more than reading and seeing errors. You throw readers right out of your story.

How to fix this is to re-read everything you write, which you should be doing anyway. After this, If you’re not that great with grammar to try Grammarly to check your work. I use it all the time, and it has helped me perfect my writing and learn grammar. Something I tried to avoid during grade school.

If you have faults in your writing, it makes you look amateurish to professionals. I’ve heard of producers not calling writers back because of this and it’s hard work to get that far.

Have your first and sometimes the second-page limit description. Yes, you want to set the scene, but you also want the reader to turn the page. Having overwritten big blocks of description text makes your script seem more like a novel than a screenplay. Take a look at the example below.

Having huge action lines makes people feel like the script is going to be a pain to read. Once you’ve captured the attention of your audience, by all means, write away but to do this you need to first attract them by getting them to turn the page.

3.) We Know who the Protagonist is Sooner than Later

The questions all script reader have are:

Answer these questions fast. How soon? I would say on page 5 or 6. If you don’t, the dialogue better is so sharp that I forget these questions. But chances are you’re not Aaron Sorkin, or you wouldn’t be reading this right now. This tip doesn’t have to reveal the entire story but give it some get up and go.

4.) The story is Revealed not Given

Think about every movie you’ve seen that telegraphed the story. I mean, in the first 10 minutes, you can predict the ending. I wouldn’t say I like these movies as writers, and I bet you don’t care for them either. Give your story some mystery.

One way Quentin Tarantino does it is by writing without knowing the end. This tip might be hard for practical people to learn, especially those who went to film school where you were taught to outline the entire movie. I’ve tested it. I understand it’s hard, but it works. If you can only see the next five pages ahead, you put yourself in the same position the audience is. You are leaving the movie as unpredictable as the hateful 8 or Jakie Brown.

This tip I’ve seen used by professionals to give stories an urgency. Some writers overwrite by staging everything before we get to the first piece of dialogue. Before the main character even walks through the door.

Enter the scene by having whatever is happening already happening and leave before everything is finished. This tip is another tactic to keep your screenplay interesting to read.

6.) Beginning or Ending with a Flashback

Flashbacks can be adequately used most of the time, aren’t they? Beginning a movie with a flashback is impossible. To flashback, you have to go back to something we’ve already seen. If your state in the beginning FLASHBACK, they will think you an amateur.

Flashbacks are only used if otherwise, the audience will not understand. If you keep that thought as an enteral rule, you will never overuse or misuse them. Using flashbacks for a stylistic choice is confusing and nonprofessional.

7.) You don’t use Unnecessary Dialogue

Your dialogue isn’t the story. It’s a device to tell the story. The story is inclusive of everything. The actions of the characters can give you intentions faster than speaking.

David Mamet, a playwriter, screenwriter, and director, once said that characters are only habitual actions made up throughout 90 pages. They only speak if their efforts don’t have the desired effect to achieve their goal.

8.) It Leaves Behavior to the Reader’s Imagination

I made this bad habit in the past before I realized it was terrible when I gave actor instructions.

These will be ignored by the director and producer anyway, and they add unnecessary words to your screenplay. Remember, the actor is a filmmaker in their own right. Leave it up to them to figure out what the character will do.

They will go hang out with firefighters and copy their mannerisms if they are playing firefighters. That’s not your job to do. The only time this will be forgiven is if the action is needed to tell the story.

9.) The Suspense of Disbelief

What is the suspense of disbelief? It’s defined as the audience’s willingness to suspend one’s logic to immerse themselves in the unreal. Movies, in general, are unbelievable. It’s almost written off that it is nearly impossible to make a lightsaber yet no one asks that question while watching a star wars film if you can get someone to sacrifice their realism for the sake of enjoyment is when you have their complete attention.

Listen to David Mamet talk about this in detail here.

10.) The Creation of Compelling Conflict

Compelling Conflict is when you’re drawn to a friction-like situation. This idea of extreme conflict could be between two characters in a romantic comedy or rom-com as they call it.

How to make it compelling? You have to pick at real situations that people can relate to. Even in fantasy movies like Avatar, where they’re on a new planet fighting a new human species, it boils down to a love story between two beings, also if those two beings are two different types of humans.

Ticking tomb bombs are those inserts of urgency within a script that keep the pace moving to the end. It’s the weapon that will explode in 48 hours unless. It’s the girl that will leave the hero and move to NY unless.

Think about putting time restrictions in your script. Situations that will force the character to do it right now. If they can wait until next week, then no one will care, and no one will wait for the next episode to see it either.

What happens if your character doesn’t get to his goal? Will they lose their house? There life? Will 1 billion people become infected with uncurable bacteria? The choice is up to you but let the audience in on it too. We have to see how significant the stakes are. Take a look at the film By The Sea.

This film doesn’t have any high stakes nor enough for people to care. It showed in the box office. People came out of the theatre asking what the point of the film was? No one got it. The higher, the stakes the more people will agree with the protagonist’s goals and be on the edge of their seat.

13.) Little to No Exposition

Exposition is the screenplay killer. It comes in the forms of dialogue, Narration, or action lines. The correct definition is a comprehensive description. Even the definition seems boring. It ruins the movie and keeps the audience from caring about what happens next.

What’s the point of watching this yet alone reading it. We already know what’s going to happen. Remember to come in late and leave early. Let’s rewrite this.

All I did was take out dialogue; everything else is all there. Your scenes should sound as if the audience is slightly overhearing a conversation.

You don’t see this very often in movies because the scripts die on producers’ desks. Unless your just writing for fun, never do this. Each character you introduce to the audience has to be presented for a reason. As long as that reason is made clear, the role can have one line to say, but people won’t question it.

15.) The Story is Revealed not Told

For revealing the story, you can look at the exposition tip or even the suspense of disbelief tip, but the reason here is its importance.

A story is a series of events piling up to reveal something. Think about the famed movie Pulp Fiction. This is the best example of uncovering in film. Each scene seems like its short film pieces of a greater puzzle that come together — keeping you in suspense by entertaining.

A lot of spec script sales happen because the film was fun to read. If the goal is to turn your script into a movie, the first step is to sell your writing. This doesn’t mean that it will be made but at least your $100,000 richer. How do they do this and keep afloat off their art? They make their scripts fun to read.

This can be its own blog post, but a small secret is incorporating all the tips on this list plus one more. Have fun writing it. Most people are writing because they think the topic is hot right now. This way is the wrong approach. If you don’t care about space travel, don’t write about it. Unless your commissioned write what you love is the key.

Most scripts are between 90 -120 pages long. We want to keep ours under 110. Why you might ask. In scripts, one page typically equals one minute on screen. Generally, movies are an hour and a half to sometimes 2 hours long. The 90-page rule ensures scripts are bought that don’t go over this time slot.

Scripts 200 pages long would feel like a chore to read and will feel like a hassle to make to executives. With a lot of dialogue, this guideline can be broken, seeing as it doesn’t equate.

A lot of newer writers will put WGA numbers or some fancy decorative covers over their screenplays. Don’t do this. Trying to impress the reader with anything other than good writing will backfire. The higher-ups will laugh and not even read your script.

19.) Following the Rules of Aristotle

A lot of these tips have been firm guidelines to follow except a few. This tip is a rule. Don’t break the laws of Aristotle. He wrote them in 384 BC. They have been right to this day. Any lousy movie you’ve seen broke these rules. This can be its own blog post so order the $6.00 book on Amazon.

The 19 Top Signs of a Good Screenplay
Posted in How to Guides By K.D.WilsonPosted on
Script Audio Notes