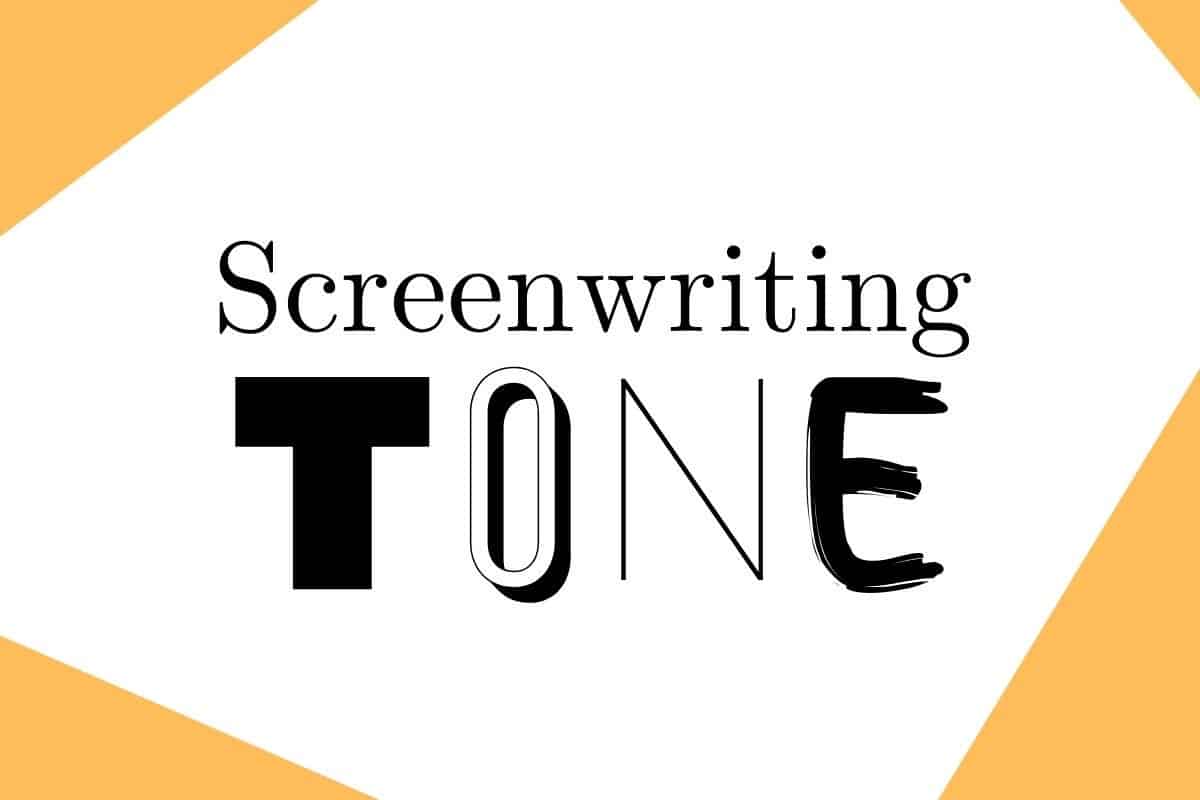 In this post, you will learn everything you need to know about screenwriting tone.

I’ve created this guide because screenwriting books always talk about structure and plot as if that’s all you need to create a great script.

Professional screenwriter John August in one of his Script Notes podcasts says:

Tone is more important for distinguishing great writing than other factors.

So what is it?

But, the tone can go deeper than that, and it’s more important than you think.

Let’s look at some ways to create and maintain tone thought your screenplay.

Why is Tone important in screenwriting?

For example, let’s take the movie The Other Guys.

But, because the movie doesn’t take itself seriously with a comedic tone, all of a sudden, two guys falling off a building becomes funny.

A show about a Mexican drug cartel that forces a financial planner to lander money.

The tone of this show is a serious one. Some could even say depressing or ruthless.

In both of the examples, someone falls from a high-rise building. The difference is the tone of the films.

Ask yourself, how do you want the audience to feel? The feeling you inspire is the tone you’re portraying.

What Tones are There in Writing?

What tones can you pick?

Just about any adjective you want.

Some popular tones examples are:

A quick google search will give you a good sense of what each truly means.

How to Convey Tone in Your Screenplay?

Tone is conveyed in three ways:

Let’s look at each of these to see how it works.

I’m putting character first because character, in my opinion, is the number one way to determine tone over everything.

Not just who the character is, i.e., a banker, college student, housewife, but more importantly, the character’s choices or decisions in the script.

If the housewife poisons the husband’s food in act one and smiles as he eats it. This action sets a tone for betrayal over everything else.

There is no amount of detail, locations, and word choice you can incorporate to change the tone of the character’s decisions.

How do you feel about a conversation between two people in a coffee shop?

What words come to mind?

For me I think Professional, safe, smart.

Now, what about a conversation between two people on a beach at night?

What do you think about?

For me it’s romantic, somber and relaxed.

Do you see how the location choices can affect the tone of your script?

We naturally have perceptions about locations and setting built up over decades of marketing and word of mouth.

For example, what do you think when you hear Hawaii vs. Mexico. Guaranteed, most people have the same thoughts as you.

The location gives visuals to provide a feeling. Feelings give tone.

As a writer, this is one of the most powerful things we control.

The words we choose can shape the view of things faster than anything. A character may control the tone of a script, but word choice keeps it.

The words you choose to write in your action lines and character introductions as well as the words you have your characters speak.

For a calmer mood, use softer words. Which tends to have longer syllables.

And a more aggressive mood has shorter words that read faster.

For example, you notice how curse words are four-letter words, and words people perceive as intelligent are seven and eight letters long.

How to Keep a Consistent Tone

One question people have is, “How do I maintain tone in a script?”

One way people maintain tone in a screenplay is to make sure that the words you choose to use in your screenplay stay within the same realm as the genre you’re writing in.

For example, Reservoir Dogs is a heist film. How do people talk who pull off robberies? They yell, curse, and insult. Right?

Not all the time of-course and it depends on your film and the type of robbery, but you can imagine that.

For your script, think about the elements that won’t change.

For example, If its a love story, you can have the lovers meet at the same park every time.

This consistent location could give us a romantic feeling when reading, Especially if you give us the thought that this park is flooded with flowers or something to that nature.

How to Change Tones in Your Screenplay

Yes, tones in screenplays can be changed.

It seems like in this day of age, a writer who can change tones in a script successfully is looked at to be a genesis.

Changing tones is hard but not impossible.

Take a look at the screenplay winner Parasite.

The tone of the film changes flawlessly. But how do you change the tones of a film so well?

It starts in the outline. A popular thing to do is start your film in a particular light but reveal it to become something else.

For example, show who your main character’s life before a significant change. Have the change be something dramatic, either something really good or terrible.

This first part of your movie will have its own tone. After that, you can then change tones by changing the genre. For example, a comedy turns into a mystery when (X) happens to the main character.

It’s easier for an audience to go with a change that follows this pattern than the reverse.

It’s not impossible, but have you tried to cheer someone up after their friend just died. It’s hard. But, to bring someone’s mood down is not so hard.

Examples of Tone in Screenwriting

One example I can use is from the movie Inception.

The tone that is excited thought out the film is a tone of suspense.

Inception from the beginning to the end is rushing and gives you a nervous heart-pounding feeling thought.

On element that they used to do this was through the use of time or the lack of it.

To have a suspenseful tone, make your character’s race against the clock at all times.

Throw in a couple of lines like:
“there’s no time” or “It’s now or never,” and “you’re almost there.”

One of my favorite examples of tone change is The Lion King.

In the beginning, when Simba was a kid, it had a very lighthearted tone. Then the stampede came, and his father had to save him. The tone instantly changed to an anxious one. Then to fun when Pumba found him. And later to courageous when he was reunited with his family. All in the same movie without missing a beat.

Some might say there are even more times the tone changes in the film, but you get the idea.

The tone is important in screenwriting because it’s what gives the emotion to the audience.

It can be almost any adjective you can think of.

You can control the tone mostly with the character’s decisions but also with the location, and words you choose to use as your writing.

The tone can be changed and does have to stay consistent throughout the script. It’s entirely up to you and your own creativity.

From this article, do you understand tone in screenwriting?

If not what did I miss?

I would love to hear your thoughts below.