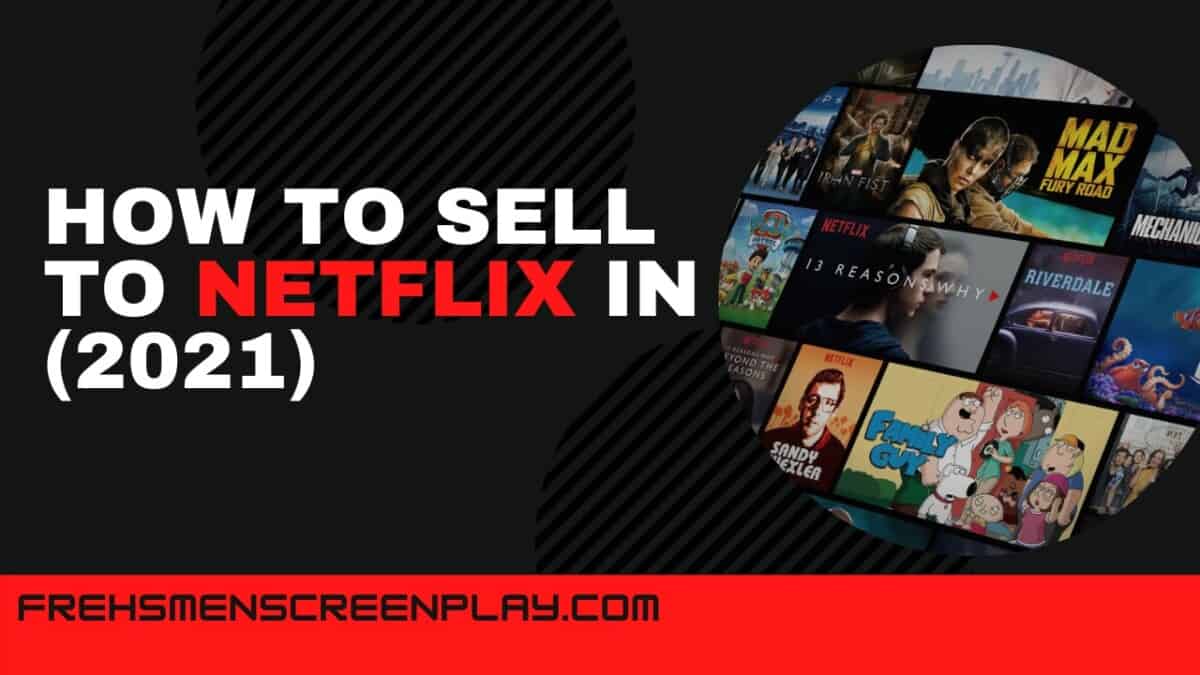 With over 100 million subscribers, Netflix is an online film powerhouse. Almost every single producer, screenwriter, and filmmaker dream about getting their film on Netflix.

As a screenwriter myself I’m one of these dreamers. So I scowled the internet to find the answer. If you want to get the attention of Netflix you have to find someone that has a relationship with them.

How to sell your script to Netflix? The way to submit your screenplay to Netflix is through a licensed literary agent, producer, reputable distributor, or executive that has a previous relationship with them.

This method might seem very Hollywood but it works, if you have a script or a finished film. Let’s dive into how to find these people.

How to find the people who work with Netflix?

Netflix employs a team of creative executives and buyers, who receive pitches for shows and movies.

Netflix may generate an idea internally and hire writers or other creatives to develop those ideas further.

Meaning there are people at the company whose job is to hear your idea or hire you to write something they already have in the works or rewrite if the current screenwriter isn’t working out creatively.

The question is where the hell are they?

Finding people who work with Netflix is easy and hard at the same time. Here’s the easy part. Just log in to your Netflix account or do a quick Google search. For example, I just googled the Netflix film Bird Box:

I just found five people who have working relationships with Netflix. And even more from the credits of the film at the end. A tip is to look past the cast and go deeper into the credits.

I found this list from IMDB.com a site that every person looking to break into film should have an account with.

From here you can find agents, managers, writers, producers and contact them directly. SIMPLE right!

Another solution that Netflix suggests is finding a literary agent that works with Netflix. Netflix is ramping up production with more Hollywood stars there in need of more content to produce.

As literary scouts, Maria B. Campbell and her colleagues identify adult and children’s books for adaption to film and television. They just became Netflix’s sole scouts for new upcoming projects.

Find out what types of books they take seriously in this regard. Contact the author and ask to adapt the book into a script. Approach them with a query letter.

Now when sending letters listen to these literary agents speak about how to get their attention.

This method might not be as simple but it’s defiantly a way in.

How to Pitch Netflix

Once you do the digging and found your connection it’s time to pitch. when it comes to selling your project it would be best to go with some heat.

There are numerous suppliers of content out there since everybody wants to get a deal with Netflix. Therefore, it makes much sense to find ways of making your project rise above the rest for you to get noticed.

The following are some questions to help you refine your pitch:

1.) Do you have big names in your pitch?

This includes an online celebrity it could mean a popular actor, a producer with a lot of contacts, or a casting director.

How do you get these people? Once you got a meeting set up contacting these people to see if they would want to join your pitch gets easier. Just use the IMDB method above.

A movie that people will understand as soon as they see the one-sheet (Movie Poster, thumbnail). Something that can have worldwide appeal. Something that transcends language.

This is important especially online seeing as they don’t want something that an audience can scroll past.

I wrote a blog post that goes over spec scripts and the definition of high concept you can read here.

3.)Do you have a strong social media following?

Building a following might seem like it doesn’t matter but if you look at the short 80’s flick Kung Fury. Writer/Director David Samberg got the attention of Netflix because his short generated almost 40 million views online first.

You can think it’s ridiculous if you want. Something with that BOOM online will get noticed by Netflix. Remember they are always watching what’s popular online.

Writing for Netflix is revealingly a different kind of screenwriting. Writers for tv and film have proved to be the same over the years whereby you pitch a screenplay to get noticed and then hope for a deal.

There are thousands of titles at Netflix and viewers would be scrolling through to find what they want to watch.

They can navigate with speed to get what catches their eye, but this speed comes with the need for films and TV to be appealing. For a viewer to stop and click a movie it takes a lot of ingredients. Again think High Concept.

Now when your talking to your connection makes sure you don’t rule your other options out. If they want to make your film, you shouldn’t be upset if it’s not going on Netflix.

Thousands of people get turned down every day for their idea or their spec-script. Take what they’re offering you to get in the door. You get another chance then.

What type of Scripts does Netflix want?

Let’s look at the films that were produced and released just last year.

Take a look at the genre section of the list. Do you see a pattern? I know I do. They seem to gravitate towards comedy, romance, and drama.

This isn’t to say writing anything else won’t stand a chance but look at the actions they decided to put money behind.

For the answer to this, we can look at other people and how they got their content in their hands with a Netflix representative. More importantly why Netflix picked them over all the rest.

The name of the game is IP (intellectual property). Content that has an audience attached from a popular book, comic book, historical time frame, etc.

Adi Shankar who works with Netflix got his animation up and running from licensing IP from a popular video game.

Yes, Netflix is looking for star power nowadays, but star power comes in many ways. A producer, actor a casting director, or if you just flat out have the attention aka the Buzz they will reach out to you.

In other words, be so good that they want to have a meeting with you. as they did with these examples.

Even if you are just a writer take some cash and make a short of your project. Get someone to direct and produce it. enough.

You might be thinking im not willing to do that. Well, other creators are, and for this highly competitive market, you have to be willing to take one more step than the other guy. Persistence is key. Stranger things film was first rejected twenty times by several tv networks across the United States r that.

What did you learn from this post that you will try?

If you did try any of the options, what success did you have?

How to sell your screenplay to Netflix Like a Pro (2022)
Posted in How to Guides, Industry Knowledge By K.D.WilsonPosted on Tagged how to sell to netflix, netflix, Netflix selling price, production company
Script Audio Notes