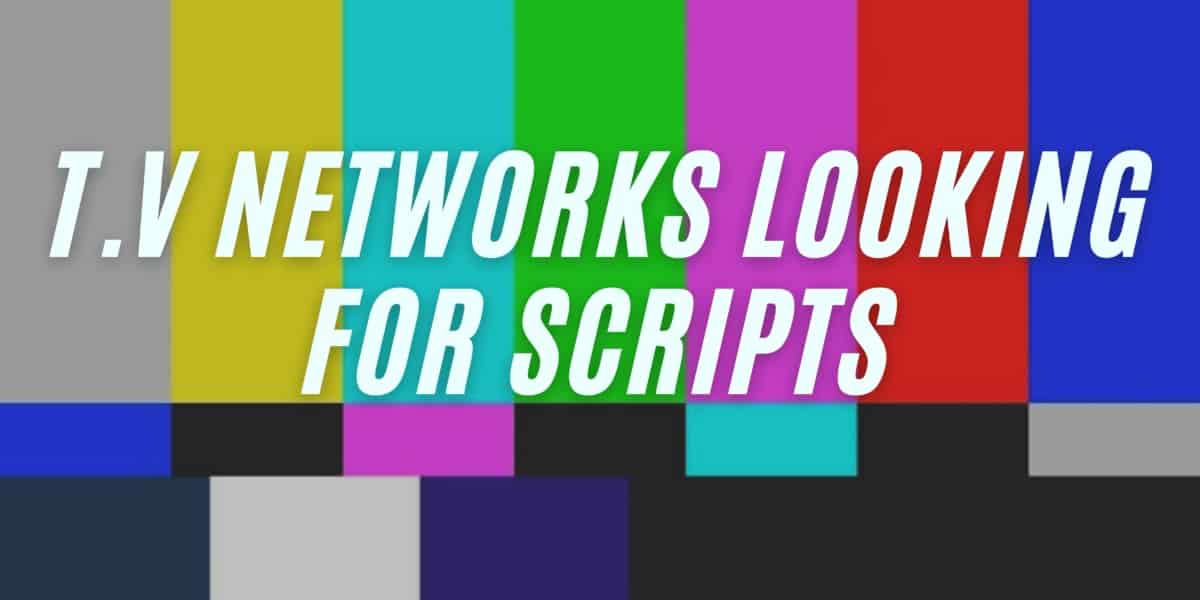 Unfortunately, many TV networks are unwilling to consider your idea unless an agent or manager represents you. This leads to a lot of screenwriters getting stuck in an endless rut. But hope is not lost yet!

In this article, we will look at four TV networks that will accept unsolicited TV pitches as well as:

The BBC open call program accepts only drama or comedy scripts. There are other programs that the BBC runs that are more open to various genres.

While their Open Call program does accept unsolicited pitches, providing just an angle isn’t enough. You also need to submit a script and express why you want to be a screenwriter.

The current submission window is open at noon until Thursday, 13th of January 2022. Make sure to fill out your application by then; otherwise, your pitch will not be considered.

Who Are The BBC Looking For?

The BBC is not looking for a new idea but rather a unique writer.

It is a program more focused on finding screenwriters who can grow, not searching for a new TV show idea to produce themselves.
Whatever project you choose to submit must showcase your potential as a writer. Your CV and pitch should show a willingness to learn and develop as a writer.

The Open Call is more of an educational opportunity for amateur writers. There is always a chance that the BBC will produce the project you develop.

Having an engaging voice and offering a new perspective on old stories will serve you well. You can only submit one episode of your TV show – preferably the pilot. Make this episode reflect both your idea and your unique voice. Use your submission to present well-rounded characters and communicate originality.

What Documents Should You Submit?

The Open Call is not solely for TV writers but also film writers.

As such, your accompanying script must be at least 30 pages long (approx. 30 minutes). If you submit a children’s show, you can submit two 15 page long scripts.

There are two script length categories you can submit to depending on your project:

Submit a brief outline summarizing the series idea along with your script. These are not included in your script’s page number. Do not go overboard on the summary, the more concise, the better. Aim for two pages, but at most of 3.

Everything you submit needs to be in a PDF format of no more than 10MB. The BBC chose their preferred applications based entirely on writing, not name. So do not include your name anywhere on your submissions.

How To Prove Your Passion In Writing When Submitting?

As well as showing your passion for TV screenwriting through your script, it would help if you also expressed it through non-script writing.

For the BBC Open Call, this means answering four questions asked as part of the application process. Here are those questions:

Answer these questions in as much detail as you can and be truthful. Please don’t lie about yourself or your experience; they will tell.

With LA Productions, you first need to submit a script to be in with a chance to pitch your idea to them. It would help if you had a script ready to go as part of your pitch but only submitted the script to begin the process.

Currently, LA Productions are not accepting submissions. They are very likely to open submissions back up in 2022, though, so keep your eyes peeled for any news.

What Type Of Script Should I Submit To LA Productions?

Any script that LA productions receive will be read like a spec script. It is unlikely that your spec script will be the one that gets produced, so get as wild as you want with it. It will help if you show off your writing without budget or logical limitations. Write anything that reflects who you are as a writer and individual.

Are There Any Guidelines To Abide By When Submitting?

LA Productions are a little stricter on formatting your script for submissions. First off, while they want the script submitted in PDF, they prefer that you use Final Draft to write the script. This is so that your screenplay sticks to industry formatting standards. So long as you can use screenwriting software that formats your script, you don’t have to spend a fortune on Final Draft.

Other formatting requirements you need to follow to submit to LA Productions include:

What Else Should I Include In My Submission?

Usually, LA Productions use a Google form document that you use to submit your screenplay.

In this form, they have a logline and a brief synopsis of your TV show. Make the synopsis quick and easy to read. As part of the form, there is also a message box. It is here that you can relay your previous writing experiences as well as anything else that makes you stand out. Filling out this box is not a required part of the process, but LA Productions advises that you do it anyway.

Include anything you want LA Productions to know about you and what you can bring to the table.

There are very few production companies out there that accept only unsolicited pitches. Century Films, however, insists on just that. Century Films are an innovative, creative company based in London.

They accept pitches from both UK and international writers. Equipped with an array of industry-experienced team members, they are a multi-award-winning company.

What Are Century Films Looking For?

Unlike the BBC or LA Productions, Century Films want pitches to develop and produce. Innovation is key—the more original and unique, the better. Century Films are looking for both factual and drama TV ideas. This idea can either be a whole series or a one-episode special.

How To Submit A Pitch To Century Films?

The shorter you can make your pitch submission, the better. On their website, Century Films is for a pitch no longer than a page. So focus on making your pitch as eye-catching as possible. They will consider both one-liners and page-long pitches. If interested, Century Films will contact you and ask for more information about your idea.

This is a bonus company because it’s not a TV studio but a production company in LA with connections to these TV companies. They submit to Discovery Lifetime and many more TV networks that they have relationships with.

To pitch them, you need to read and sign an extended-release.

Let’s Hear From You!

Breaking into the TV writing world is no easy conquest.

Have you had any success submitting an unsolicited TV script?

If so, which networks did you submit to?

And what advice do you have for other, new TV writers?