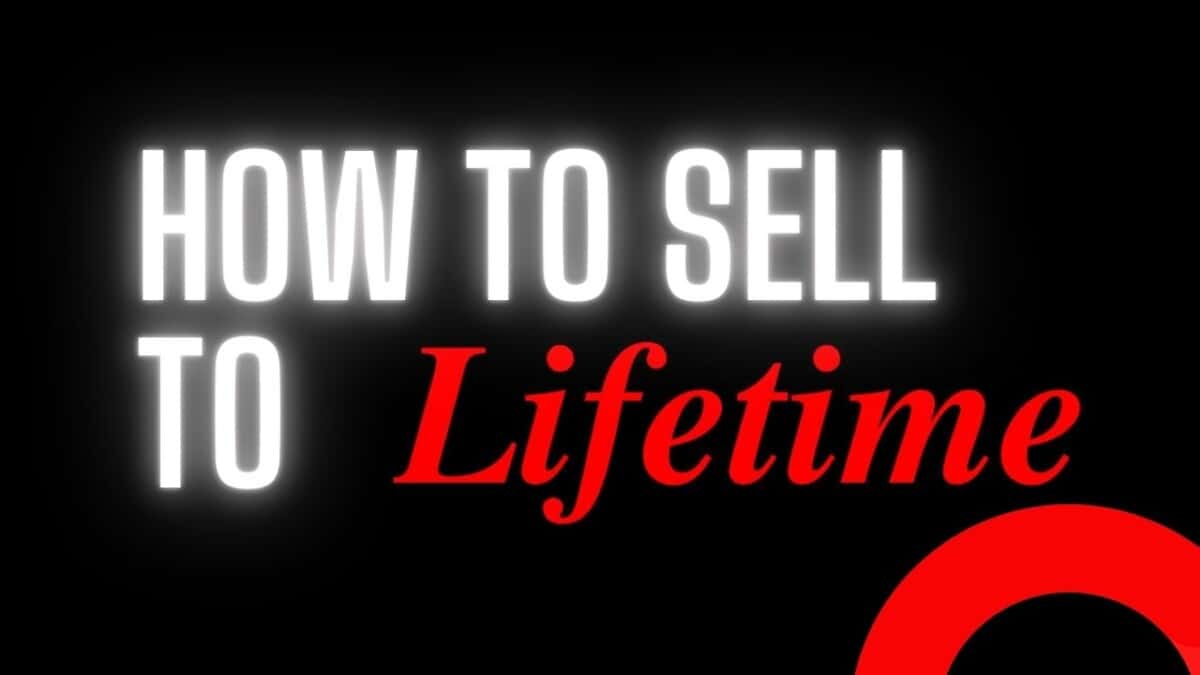 You’ve written a screenplay with the kind of high drama that would be perfect for a Lifetime movie or TV series.

You’d love to put your writing into the hands of a Lifetime exec, but you’re sure there’s a lot of red tapes to get through.

In this article, we’ll dive deeper into how to do this STEP BY STEP.

First, we’ll talk about what kinds of work Lifetime accepts, then how you can find someone who works for Lifetime who may be willing to look at your screenplay. Keep reading!

What Types of Scripts does Lifetime Buy?

The content that Lifetime accepts versus what you think they may accept must be aligned. Otherwise, you’ll waste a lot of time and effort that would have been better used elsewhere.

Lifetime, as a television network, includes sports as well as films under their large umbrella, which can be kind of confusing. The variety of films they show can also muddy up the waters about what kind of content Lifetime accepts.

Some of their movies are made-for-TV while others are feature-length films with a higher production value and a bigger budget. Lifetime also airs films from other networks on occasion.

Rules for Writing for Life Time

2.) The network also appreciates a captivating true story that can be adapted into a film.

4.) Your film must also appeal to the demographic of Life Time viewers. According to Statista, as of 2018, here’s how Life Time’s demos break down.

Does Lifetime Accept Solicited Works or Unsolicited Ones Too?

Does Lifetime accept unsolicited scripts or only materials that they specifically request?

Like a lot of networks of their size, Lifetime does not want to be bombarded with unsolicited materials. It says as much on their website.

That’s about as cut and dried of a statement as you can get.

BUT THERE IS ANOTHER WAY…

How to send your script to Lifetime without an agent

You’re prepared to go it alone to sell your screenplay.

Look up production companies behind creating these lifetime films. Here’s how:

IMDB search for lifetime movies. It should look something like this

Change the movie list sort by year so you can see the type of films they are buying currently.

Then scroll down to see the company behind the production. For this you need an IMDB pro account but it comes with a 2 WEEK free TRIAL.

Let me do one for you

One of the companies is the Kaufman company

Which is at current requesting Lifetime-inspired works.

How to find an Agent that Works with Lifetime.

Going it alone though is not what Lifetime prefers. Just reread their statement in the section above to see what we mean. Not only does Lifetime want solicited screenplays, but materials by someone who is “represented by agents or attorneys known to LIFETIME.”

That means you definitely need a screenwriting agent, and not just any agent, but one whom Lifetime recognizes.

Selling a Screenplay to Lifetime with a Screenwriting Agent
Phew! That sure is a tall order, but it’s not impossible to find such a screenwriting agent.

Simply follow everything you did in the first step but look for the screenwriters in the heading instead of the production companies at the bottom.

Then click though to find the agent info of all or just one of the writers. Might as well get all of them.

Again you will need an IMDB Pro account but its well worth it. From there you would want to send a query letter.

Click here to find out how to send a professional one.

Selling a Screenplay to Lifetime by Connecting with a Production Company

Lifetime also mentions that they’ll accept works through a production company they’re aware of. Since Lifetime doesn’t always produce its movies, they work with lots of production companies in a given year.

Having a screenwriting agent will make the process of connecting with a relevant production company infinitely easier. Your agent will know who to reach out to and–more importantly–they’ll have the means to do so, which you do have not on your own.

Having a screenwriting manager also proves that you’re serious about your screenplay, which could cause a production company to pay attention. When you send emails or queries on your own, you typically don’t get that same level of consideration.

Although production companies that work for Lifetime don’t have sky-high standards considering it’s a Lifetime movie and not a film on the silver screen, that doesn’t mean you can send in shoddy work. If your screenplay is in strong shape, that will increase your chances of someone wanting to look at your screenplay.

We do want to be clear though: having a screenwriting agent does not guarantee that your screenplay will be accepted by Lifetime.

Does Lifetime Offer a Fellowship Program?

If none of the above avenues yield the results you were hoping for, could you try your hand at a Lifetime fellowship? Well, you could if such a fellowship existed, but it doesn’t. We looked high and low, but it appears that Lifetime does not offer fellowships.

We can guess why. They like to keep their TV and film budgets relatively low, and most fellowships promise financial compensation for at least one winner, if not several. Paying a stipend or a cash prize might be too much for Lifetime’s tight budget.

Should you be itching for a fellowship contest to apply to, here are a few that may accept Lifetime-esque works that are still open for the year.

You can check those out here.

Lifetime is a TV and film network that produces its own thrillers and dramas, usually with women leads. Selling your script to Lifetime requires you to write a screenplay that appeals to women in their 20s to 60s. Your screenplay should be relatively low-budget as well.

A screenwriting agent could help you get your foot in the door with Lifetime directly or with a production company that works with the network.

What method are you going to choose?

What ever your answer is lets here it in the comments below.

2 thoughts on “How to Sell a Screenplay to Lifetime”