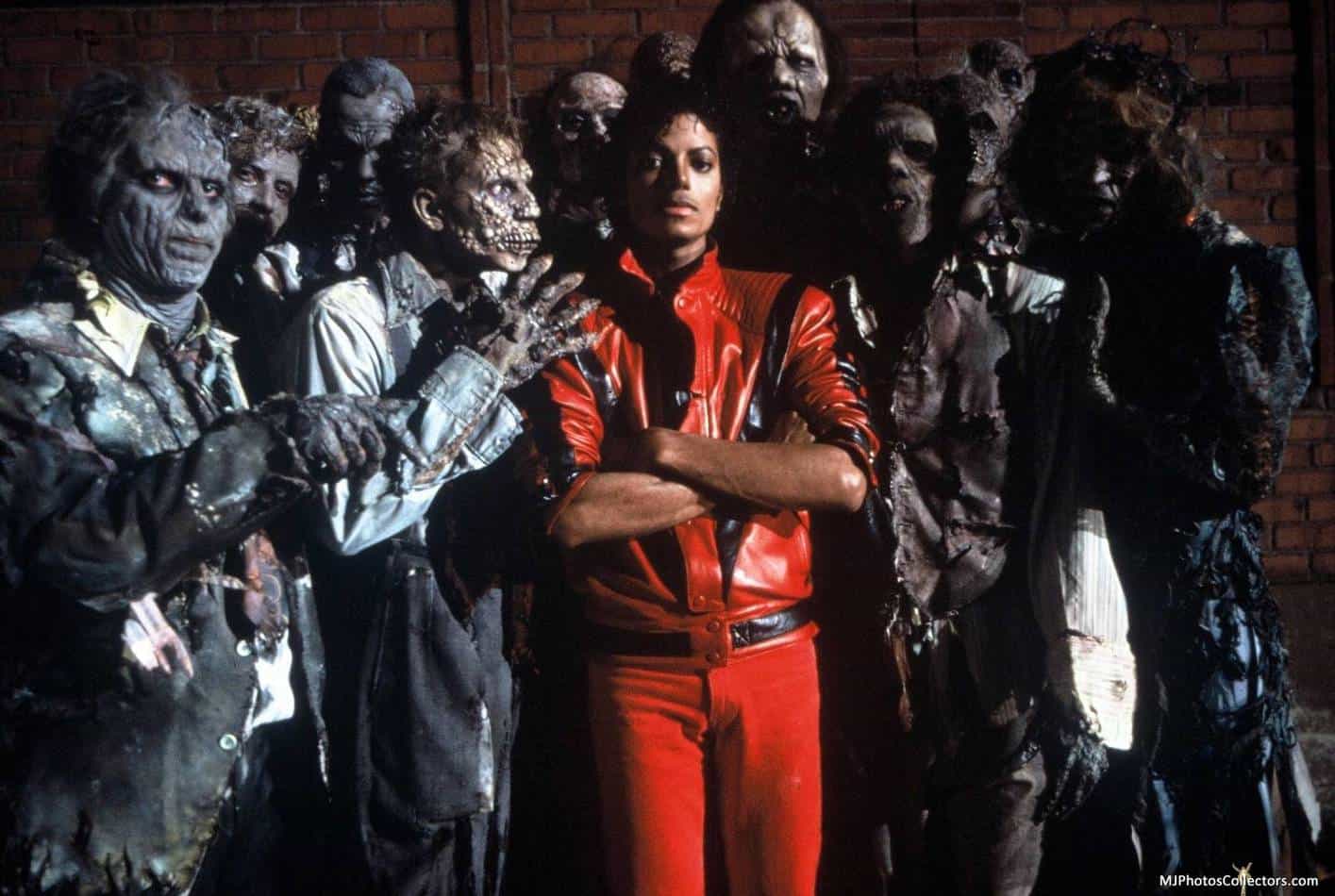 The thriller genre is the broadest genre in film and because of this its the hardest to write. Usually overlapping into other genres and hardly ever standing alone. Most of the popular crossovers are action, crime thriller or psychological thriller. Those aside you can put horror or heist thrillers among that list.

So technically what is considered a thriller film. A thriller film is defined by moods giving the viewer heightened feelings of anticipation, anxiety, excitement and of course suspense. With that in mind, let’s go over the top 11 tips you should keep in mind when writing your next thriller. They are as follows:

Ask Yourself What Excites You?

When writing any screenplay think about yourself first. What type of scenario’s gets your heart to pound? I know for me anything with an unknown killer circling a house at night gets me. Those types of movies make me look out the window at night. Ask yourself the following questions:

Asking these questions will get you to analyze what it means to be thrilled and understanding the genre better for yourself.

Think about a Concept, not a Gimmick

First, let’s define what a concept is versus a gimmick, most people confuse the two. Here are a few examples:

Phone Booth (2002)
One of my favorite thrillers. In this movie, a man that usually gets whatever he wants by way of lying, cheating, and stealing is stuck in a phone booth taking instructions from someone else for a change. He ends up revealing all of his wrongdoings or faces the threat of being killed. That is the concept. Check out the trailer here.

A Nightmare Elm Street (1984)
The idea is Fredy can only kill you when you’re asleep. Everybody has to sleep. The thought of not sleeping is crazy. This concept alone is scary. The character Fredy himself is a gimmick. If he couldn’t manipulate dreams take a shotgun and end the movie.

Bird Box (2018)
The film is considered horror but is more thriller than a horror. This is what we call a high concept film. An evil monster that is making people go crazy isn’t a concept its a gimmick. The concept is when you see that the remaining people alive have to survive without using their eyes. It’s almost the opposite idea of A Quiet Place. Why is this considered high concept? Because most of the population can relate to this problem.

For this genre is great to have a high concept especially if you plan to sell your screenplay to the highest bidder.

Market your Idea to Strangers

Now you’ve been in your head for a bit working out your idea its time to put it in others hands. Remember you’re writing for an audience, not just you. It’s true your the first audience member in the theatre, but you need 99 more to validate your idea.

This exercise can be strenuous; you might find that you thought you had a great plan, but testing with people other than yourself can shed new light on pitfalls.

Tell your idea to strangers to see if you can get a reaction. The reasoning for this is people who you don’t know have no obligation to lie to spare your feelings. People, you know like your friends and family will lie to save your feelings. How to pitch your idea to people:

1) Pitch your idea within 2 minutes or less.
Give them the logline and a quick breakdown. If your test subject laughs out loud forget going through the rest of the list you’ve won. Move on to the next person.

2) Do they understand it?
Ask them why or why not? Do they have any follow up questions? If yes that’s a good sign that there interested.

3) Gage there reaction
Watch their facial expressions. Their eyes will tell you everything you need to know. If your subject’s eyes glaze over, then you’re losing them. If peoples eyes get bigger, then they’re interested in your story.

4) Change or pitch or the story
Based on peoples feedback you might have a new angle to pitch your idea, or even better you see holes in the story that you didn’t see before. You now to make changes tightening it up the loose ends.

Do this with at least 100 people. The exercise will give you the data you need to know where the changes in your story should go. Try to stay on the surface level with this one. You might not have all your ideas worked out but if you can get them biting in the first 2 minutes even if they dismiss your plan because there are holes in your plot you still know you’ve got something interesting.

What is tension? The tension in movie terms is knowing something the audience wants and then delaying it. Think of Jurrasic Park when the dinosaur is searing for the people in the lab. Or that one moment in the movie Zodiac when he gets invited in the basement.

Now that we know what tension is let me give you a couple of ideas of what it isn’t. Tension isn’t people running around because they’re scared. Some writers, when told to add more pressure in the screenplay, will write a couple of scenes where people are running scared. This is the wrong approach.

When writing for tension think what will make you anticipate what happens next.

The Antagonist is the most Important Person

Have you ever seen a thriller with an antagonist being second hand to the plot? I know I haven’t. Even movies that don’t show the antagonist have them as the center of the story. Here are some films that hide the antagonist but still surround them, Prisoners, Seven and Gone Girl. Usually, their evil plan is the reasoning for the thrill in the first place.

Know the difference between a Thriller and a Horror

Every horror movies have thriller moments but not every thriller film is a horror film.

Thrillers can go into most if not all film genres, but for some reason, people assume they have to write horror. This could be because horror films have engineered us to think of them as thrillers but in any case, let’s define what horror is.

A horror film – is a film that seeks to elicit fear with a possibility of harm.

Not all thrillers make you think harm is coming to the protagonist’s way.

One of the key elements to every good thriller is a mystery element. Now I don’t mean for you to write a Mystery/Thriller I mean add a mystery element. Something within the film that’s unknown that is of utmost importance to solve. Also doesn’t mean having a film explain the whole movie at the end with an exposition based scene either. As a writer, your already creative so use that brain. I know it’s hard work, but this is what writing is all about.

“Writing is easy all you have to do is sit down at the computer and bleed.”

A quick note about the structure of a thriller. Most people want a formula for writing genres. Formulas ruined art for the most part because it makes your film generic, but it also can keep you on track with the right pacing. So if your new to screenwriting and you are desperate for some structure to check out the diagram below.

The diagram is a basic structure for writing this type of film. It gives the the basic plot points.

The structure of a thriller should keep the information contained, and each page should reveal information about the characters and the plot up until the end of the movie.

Quintin Tarantino writes his films only knowing as much as the audience does. Meaning in the first 15 pages of a screenplay he can just see what happens the next page nothing more. Quintin doesn’t plot out beats. He often writes himself into corners and has to think his way out. For this is why his films are so unique and aren’t very predictable.

Who is going to care if your protagonist gets his goal of making it to his job on time? I know I wouldn’t, this is an essential thing that happens to everyone on the planet.

The race against time to get to works on time isn’t that exciting to an audience. Now if he doesn’t get to his job he gets fired and this is the last straw, makes it a little more exciting but still not enough for me to care. Now if he doesn’t make it to his job on time, someone will kill his family, and he has 5 minutes to get 10 miles. That’s a scenario I want to see. Will he run lights, are the police after him and would he stop for them. I can see this guy running his car inside the building just not to be late for his Starbucks shift.

Do you see where I’m going with this increase the reasoning for what’s happening? And when the audience already thinks the stakes are high enough push the bar higher. Ideas like life and death, relationship destruction and financial ruin are what it means to keep the audience on the edge of there seat.

We all know what a flashback in a movie is. Using flashbacks in screenplays are unnecessary and ruin movies. The point of a thriller is to have the film consistently moving towards the end. Flashbacks even quick ones notoriously pause the thrill for the audience and thus pauses the trill for the reader.

Every single good thriller mentioned in this post has 0 flashbacks so you should follow suit. Now I’m not saying that flashbacks can’t be used effectively im saying that they usually aren’t so for your first and even second screenplay, please stay away.

Things are not as they seem with thrillers. This is what makes them so hear pounding. There is always a plan or something in the works that the writer is giving the audince but also destracting them from seeing. This is what will make your screenplay unpredictable.

Every action has a reaction. What is the reaction of your thiller? What changed in the main character. We all of course seen films without change at the end I.e the characters get out of the tunnel and go along with there lives as if nothing happened. This ending is boring people normally say “that’s it.” Something has to change as a result of the film. This tends to make the film feel real to people.

Again remember a thriller can be combined with any genre but below are the most popular and how to use them.

Psychological thriller
This thriller I emphasize the unique usable mental state of its characters to tell a story.

Crime Thriller
This usually involves tracking down a criminal that has done or is going to do something criminal. One of the most popular crimes trillers is Seven.  this centers around the antagonist.

Now which genre should you choose to write? ever go after whats popular in the moment. For two reasons, the first being by the time you write a film and try to get it sold your late to the party the trend is over. The second being you will never be truly happy chasing trends. As a writer your spec script should be from the heart.

The 13 Steps for writing your next Thriller Screenplay
Posted in How to Guides By K.D.WilsonPosted on
Script Audio Notes