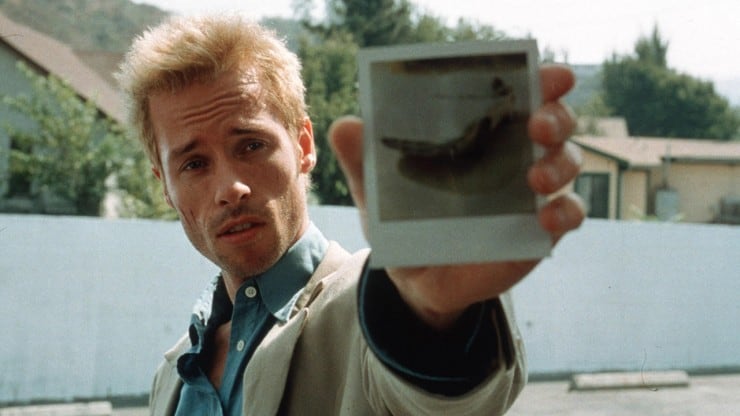 Screenwriting format is not hard to master; it has a few rules and a few guidelines. If you’re starting like I was years ago, you have a lot of questions about how to do specific things. But in this post, we are going to talk about Flashbacks and how to use them in the screenplay.

Now like with everything in screenplay formatting there are rules that I refer to as mostly guidelines when doing this. Let’s explore them to make sure you’re using flashbacks correctly.

Rules of formatting a flashback

1.) Using the term “FLASHBACK:” is a part of the scene heading in a screenplay. Just as if you were describing an “INSERT SHOT” or and “INTERCUT” So most of the time its followed up with a proper scene heading. for example

2.) There are different ways to write a flashback in a screenplay. Yes, the way I described earlier is the way I see a lot of screenwriters use it, but there are more. All these methods are great ways to format flashbacks in Final draft.

Then alternatively you can write “BACK TO SCENE” or “BACK TO PRESENT DAY” to indicate to the reader that the flashback is over. Whichever way you choose to format a flashback use it that way every time within the same screenplay.

An example of this is in the film “The Butterfly Effect” a film of nothing but flashbacks the screenwriter used the word “FLASH!” every time there was a flashback.

This isn’t the forms we talked about, but the reader will understand it all the same. Again, there are just guidelines, do what you wish.

3.) This tip might be a no brainer but always capitalize. Capitalization in screenplay alerts the reader of important changes in location, characters, sounds, etc. So make sure flashbacks are capitalized as well.

How to format a montage flashback or a series of flashbacks?

This would go great if you had a situation where a character recalls a bunch of scenes from the past. Even if some have dialogue and some don’t. This is where the character puts the pieces together to reveal something that isn’t yet noticeable. For this you can use the terms:

Proper slug line headings would be best not to confuse the reader. This one line in front of your flashback series would service to get the point across that you will be jumping to different points. An example where this is used is here:

BACK TO PRESENT DAY

If your flashback consists of more than one scene, you can write “BEGIN FLASHBACK SEQUENCE” to let the reader know they’re in for a wild ride.

How to start a screenplay with a flashback?

You don’t. You don’t ever do this. You can’t start a screenplay with a flashback without establishing something to flashback too. It’s impossible if you do this it shows the literary agent or a producer that you’re a novice writer. They will stop reading and never call you back ever again. I know this from experience.

There is a way to open scenes with flashbacks. You start the scene, don’t write the words “FLASHBACK:” Once you’re done with your scene, you then write a new scene heading with the words “2 YEARS LATER“ or “A FEW DAYS LATER.” whatever it might be. This will indicate to the reader that they were in the past. Another way of doing this is to add dates to your scene headings.

Now there is an exception to this rule. Watch the film Memento and then read the screenplay. If you can do what Christopher Nolen did in that film, by all means, let it rip.

This is where things can get complicated. I’ve read a limited number of scripts that need this type of Inception. Get it. Here is how to accomplish this very quickly. Use a Super or a superimposition. If you already know about supers use that as your flashback title before applying the term “FLASHBACK:” For example:

How to write good flashbacks?

1.)Find the trigger for the flashback.
Usually, a flashback doesn’t just randomly occur they happen because of a moment or object was seen by the character launches his memory back in time.

2.) Find the trigger to return.
Something has to snap the character out of it. Think of a door slamming or someone screaming.

3.) Keep it short.
Flashbacks rarely are an entire scene unless you’re in a time-traveling movie or your writing inception 2. There is no need to have your flashback last that long.

4.) Make it advance the story.
There is no need for a flashback if it doesn’t push the story forward. Not just ahead but make it leap forward in a big way if not the audience gets bored. They will ask what the point of this is?

5.) Rarely use them.
Using flashbacks too much can have an adverse effect on your movie if your movie is mostly flashbacks your not advancing the narrative of the story.

Why even use flashbacks?

This is the question every writer must ask themselves before using flashbacks.

Think about the answers before you start using them to wildly. I don’t use them. I follow David Mamet and his philosophy on writing. You can do what you want to do, but I like the story to progress. If I have to flashback to a moment in time to get the audience to remember something they should have when I showed it the first time that taxes the audience. The audience isn’t stupid as a collective there smarter than you think.

When to use it?

I like the montage flashbacks personally sometimes if something is not clear three quick shots can put together something in the audiences head about what the character is figuring out. Aaron Sorkin famously said in his masterclass “there should be someone in the film that knows just as little as the audience does.” So if that person is your main character when they figure out something, your audience should have the same revelation. So sometimes a quick flashback will keep everyone on the same playing field.

When not to use it?

If you’re afraid you might lose your reader, so you supplement this with a flashback this is a bad Idea. Your screenplay should be understandable if not, don’t try to patch it with a flashback fix the reason why its confusing in the first place. The reader will notice this and think of you as a lousy writer.

Your now a flashback GOD.

How to Format a Flashback Like a Pro Screenwriter
Posted in Formating Help By D.K.WilsonPosted on January 17, 2019May 11, 2020