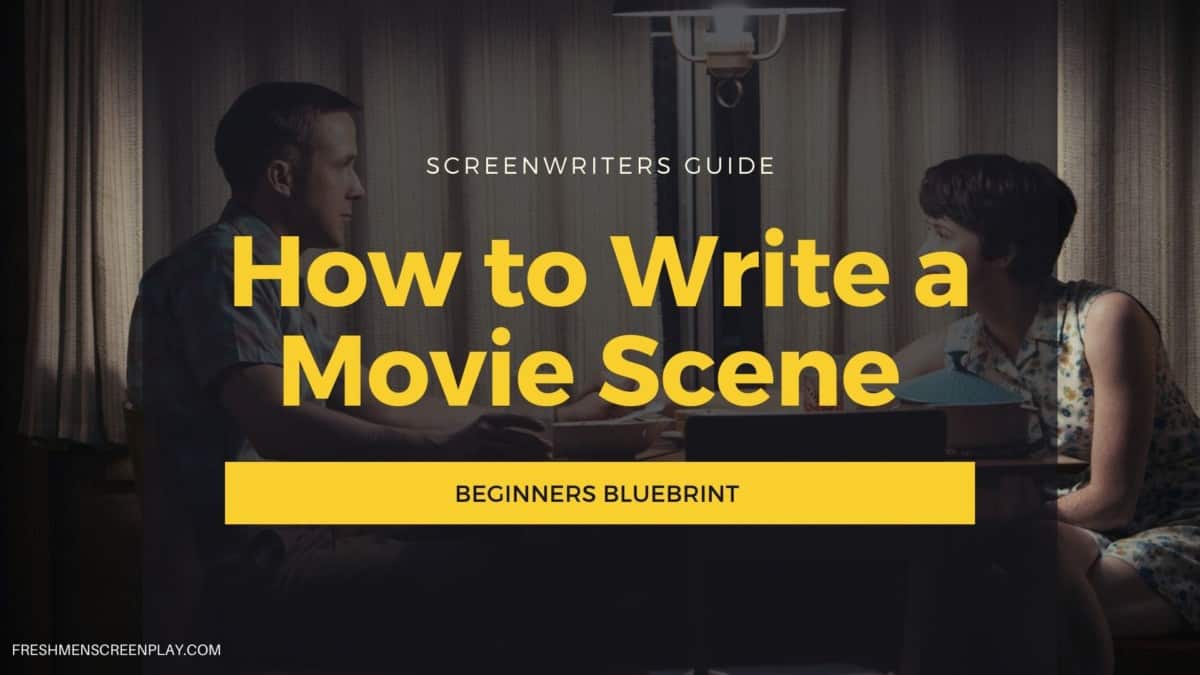 I’ve taken advice from two professional screenwriting mentors when critiquing my screenplay to create this post.

My mission is to help people become better screenwriters faster than if they were to do it on their own.

What is the Purpose of a Scene?

All a scene is and ever will be is an attempt by the main character to achieve their goal.

The result of a scene varies the hero can either:

Remember this as it’s the framework of any scene in any movie. Without it, the scene becomes pointless.

Without it a scene can be considered bad.

What stops a character from getting to their goal?

What are scene obstacles? The obstacles of a scene are the problems that come up during the scene that stops the hero from obtaining the goal.

The locked door, The government decision, the lawyer, the friend

Anything that stops the hero. Because if the hero accomplishes their goal, the movie is over.

Now that we got that out the way.

Let’s move to the technical stuff.

Each part is roughly written on paper in the order of importance.

Notice how dialogue is last.

Remember what a character does is more important.

One note about scene locations.

Having a family decision in a living room feels different than in a restaurant.

Think about what the character could be doing during the scene. Sometimes something that’s not related could add spice to a scene.

A family argument during a church service sounds more exciting than in their living room.

What Needs to Happen in each Scene?

1.) Again, we need the hero of the story need to attempt to accomplish a goal.

I need to get in the car + my wife has the keys = I have to argue with her to get my keys back.

3.) We need to find out more information.

The hero, the goal, the villain, the story, or all of the above. This needs to take place to keep the story driving forward.

It can be something small or something significant. It doesn’t matter; it just needs to happen.

This part happens typically naturally, but it’s something to keep in mind.

When is a Scene Finished?

A scene is finished when the hero finds out he can’t fully obtain what he or she wants in the current time and location.

Let’s imagine our main character, a detective, and she thinks character X is the killer. She goes to the characters X’s house and questions him. After she finds X didn’t kill, she notices character Y was in the same location at the same time.

So the scene ends.

When to Start a New Scene in a Screenplay?

You start a new scene in a screenplay when the hero has to go to a new location at a different time to accomplish their goal.

In the example above, the main character, the detective, was trying to solve a murder. She found out that character X didn’t commit the crime, but resized character Y was also at the murder location.

The scene ends, and a new scene at characters Y’s place starts, or a new scene can start during the travel to the new location.

What can you cut out the scene?

What can you cut out the scene for it still to work?

These are hard questions for a screenwriter to answer because writers fall in love.

In love with characters, scenes locations, and words.

My mentor, the one who inspired me to write this post, asked me if I needed one of the main characters sitting at the table.

Him: Because he only does X, Y and Z none of which is really needed for the story.

But I loved that character even though he didn’t need to be there.

He didn’t need to exist in the story at all.

Yes, the character was funny, and yes, he did some interesting stuff. But, interesting isn’t the story.

What Constitutes a Good or Bad Scene?

What is a good scene in a script? A good scene is one that pushes the story forward, leaves us wanting more. Filled with conflict

What is a bad scene?

It’s the exact opposite of-course.

What did the professionals have to say?

Don’t ever overwrite. Don’t use sixteen words to explain something that can take six. Explaining every little detail is a mistake.

Let the actor and director decided on how much of a reaction the character would give. Your job is the story, not the reaction of the character.

Let the scene surprise you. Sometimes when you’re writing, you might have the inspiration to take the scene somewhere other than your outline.

Let it happen. You might end up with something better.

Never stick too close to your outline.

A scene should generally not end or begin with dialogue. Action is an essential part of a scene. Don’t treat dialogue like a golden horse. It’s only the sprinkles on the cupcake.

Come in late and leave early. Start a scene with everything already in motion and end it before the audience understands everything.

This is a guideline not a rule but it’s better for the pacing of your script.

Below are two popular scenes from two great movies.

Let’s take a look at what they both do right.

What does this scene have?

Conflict lots of it. Even if you don’t know what’s happening, you can feel it.

What does the shop owner want?

To be left alone. what’s the obstacle in his way the sociopath.

See how the writer left plenty of room for the actors to give expression on the page.

Even though the writer is the same person who directed the film, during the writing portion, he left it wide open.

All are key to creating that next scene in your script that will wow readers and your screenplay up to that agent, manager, or producer.

Now it’s Time to Hear From You:

What did you learn about scene construction from this post?

What have you been missing in your scenes?

What ever your answer is let me hear it in the comments below.

How to Write a Scene in a Screenplay: The Complete Guide
Posted in How to Guides By D.K.WilsonPosted on April 20, 2020May 9, 2020Tagged how to write a scene, Scene, scene help