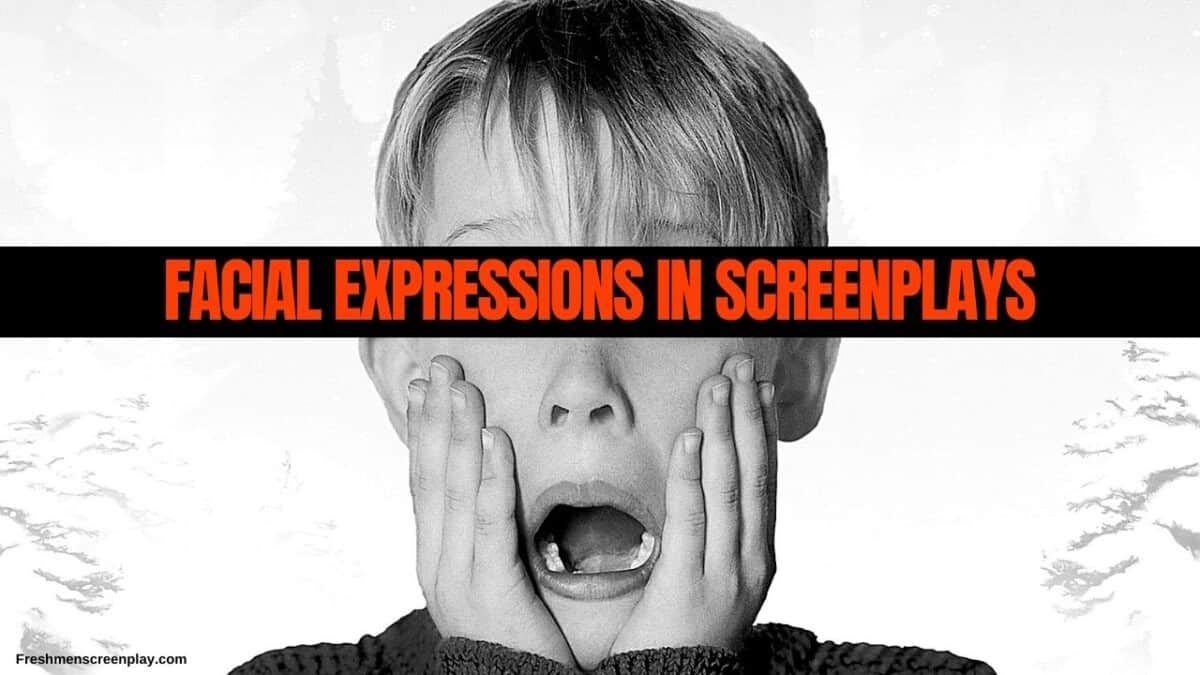 After explaining emotions on this blog, I realized that there is more to them than that.

Facial expressions can have an impact.

Notice the only indication of the face is the word wide-eyed. This is because, in screenplays, you want to show, not tell. And if you do tell, make the “tell” the part enhance the main point.

I do this by finding one small association I could point to the fear on a face. what’s the most prominent one on the image below? The eyes.

Then I take that and incorporate it somewhere amongst the action. I would never get too detailed It’s hard for the reader to understand what a raised eyebrow means.

In the example, I’m showing you a person in fear without telling you he’s afraid. His situation alone lets you know he’s afraid, enabling the reader to imagine the character’s face based on the situation.

It’s a bit much, I understand. It seems like it’s a long way around. Welcome to writing.

Why can’t you describe someone simply smiling or crying. Well you can

More ways of Describing facial Expressions in a Screenplay

A word of caution, using super simplistic facial expressions doesn’t show your talent as a writer and bores the reader.

But every once in a while, letting one of the following words slip through the cracks is fine.

I might have written smiles maybe once or twice in my last feature.

But why write that when you can write this:

Notice that they all include some sort of action. Action is what you need in describing facial expressions.

Ask yourself how your character is giving the facial expressions? How you can describe it so the reader can imagine it surprisingly.

This is the trick in screenwriting that takes your writing from amateur level to professional.

It’s all about the reader’s experience.

As a new screenwriter, you have to remember they can’t see what you see in your head. So the trick is to send your image to their minds through words without being overly descriptive.

In other words, tell the story, don’t direct the story.

It’s the actor’s job to show the expressions on the character’s face. It’s your job to describe the sequence of events that lead to the end of a story.

Unless you’re writing a production-ready draft. Meaning your funding this, or a production company is paying you to write this for them. Stick to the story, not the direction of facial expressions.

Most if not all people reading this are writing spec-scripts. And this has to be stripped down to the most basic form.

What expression are you trying to describe?

Do you agree with the advice in the post?

How to Write Facial Expressions in Screenplays
Posted in How to Guides By D.K.WilsonPosted on April 22, 2021April 22, 2021Tagged emotions, face, facial expressions