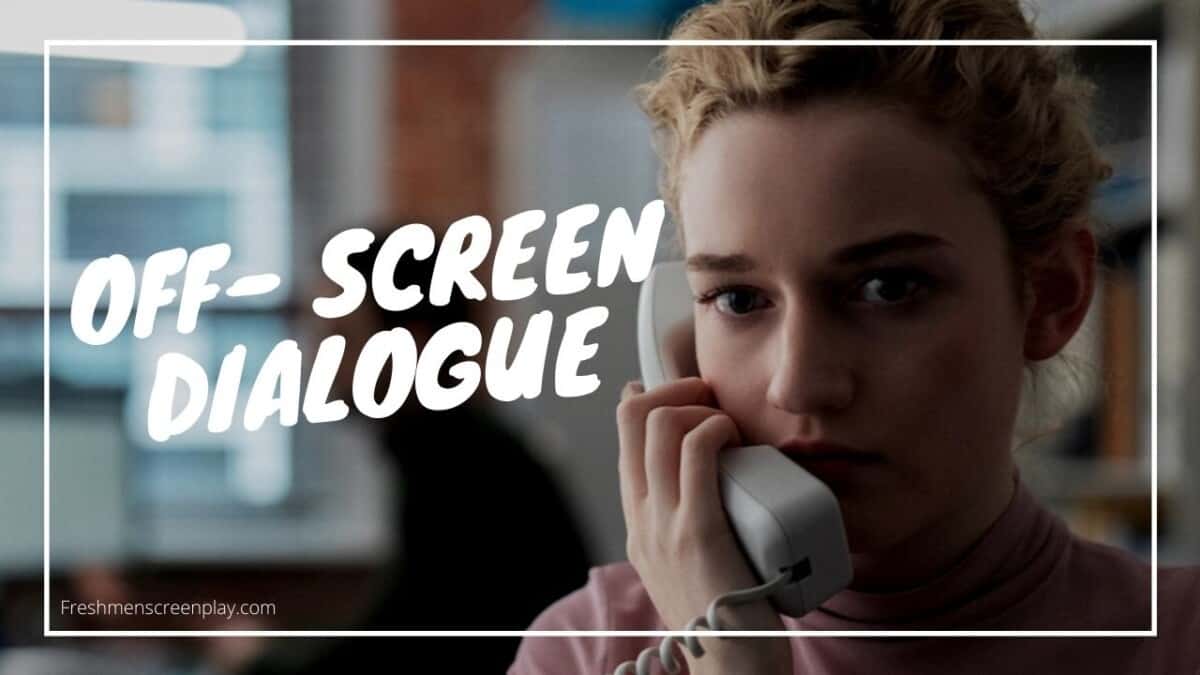 In the example above the character, Bailey isn’t seen at all in the scene. We just hear her voice.

Different Scenarios of Off-Screen Dialogue in a Script

(O.S.) is the same way for ordinary scenes.

What if they are in the same scene or a different room? Then you would write it the same way, using (O.S.).

Remember, every time we hear a character’s voice and not see them, it’s off-screen no matter where they are in the house or scene.

What if they enter into the area and we can now see them? The abbreviation (O.S) will disappear from the character’s name once they appear. Remember to write the action notifying the reader that the character has entered.

Now, what if they go from off-screen to on-screen in the same dialogue block? This situation can be considered too detailed. Most people are writing spec scripts, not production drafts. But to write that you do it like this:

A little much, but if it’s for an important story element, go right ahead.

Almost every script has off-screen dialogue. It’s virtually impossible not to find one that doesn’t have it. So I just picked two random movies and found where they are to give you examples from professionals.

The waterfall scene from the quite place movie had some (O.S.) dialogue.

From both these examples, you can see (O.S.) hasn’t changed throughout the decade.

Situations you don’t use Off-Screen Dialogue

You don’t use it when a character is not in the same scene at all, for example, during a flashback. Flashbacks are (V.O.) or voiceovers.

Another time is when a character is talking to themselves in an internal monologue also (V.O.).

They can sometimes be mistaken for the same thing, and sometimes you might get away with it. But, just remember the difference and use it correctly.

What did you learn from this post about off-screen dialogue?