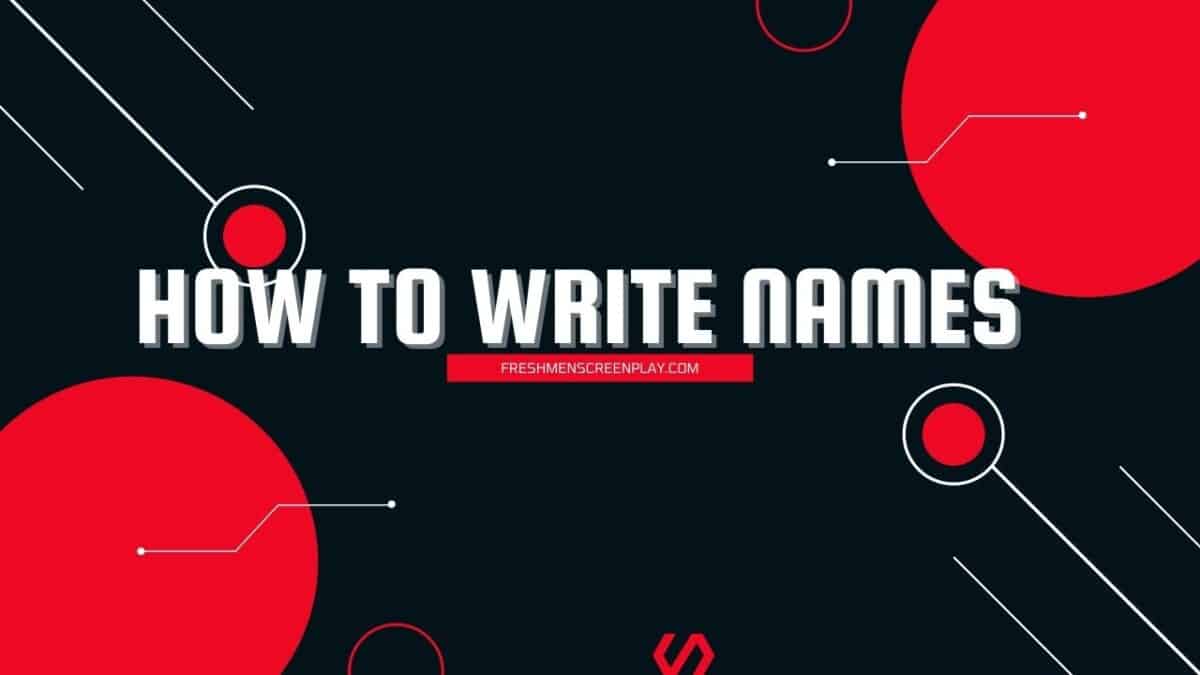 When a character’s name first appears, it’s the first sight of what the reader knows about the character. So it should pop out.

The exact measurements of writing a character’s name in dialogue will appear automatically with any screenplay software in the market today, so no need to worry.

If you use software that doesn’t automatically follow script formatting rules, such as Microsoft Word, you will have to set this parameter manually.

This image is from the last script I wrote. As you can see, one of my characters is in all caps as “HAIRA ANDREWS,” and then right below her first piece of dialogue, her name is also all caps, but I decided to leave off her last name.

I left it off because when introducing characters for the first time, like introducing yourself in real life, you use full names. But it’s an entirely creative choice.

Not every name has to be a birth name. For lesser essential characters, you can write a job title. Such as “TEACHER” or “POLICE OFFICER.”

Also, note, if there’s more than one officer, can name them “POLICE OFFICER 2” and 3. You can have as many as you like as long as they have individual dialogue or action in the script. If not, then it’s best to group them up and say “OFFICERS.”

Check out this example from a professional screenplay.

In this script they group the non essential character names together in groups. But then a main character appears yet they all are in caps.

Now, what about shop names and other places? More on that below.

How to Write Names of Locations in a Screenplay

This included anything like towns, cities, and large areas.

This is the first thing a reader would see when reading a screenplay right after the words “FADE IN:” and its top over every scene.

It’s also not as important to have super specific places in screenplays unless the name is essential to the story.

I pulled this heading from my script, and it’s necessary because It’s said multiple times by the guidance counselor during a parent-teacher conference, and if the name was first mentioned, it could throw the reader off.

Otherwise, you can just write:

What intresting names are you coming up with within your scripts?