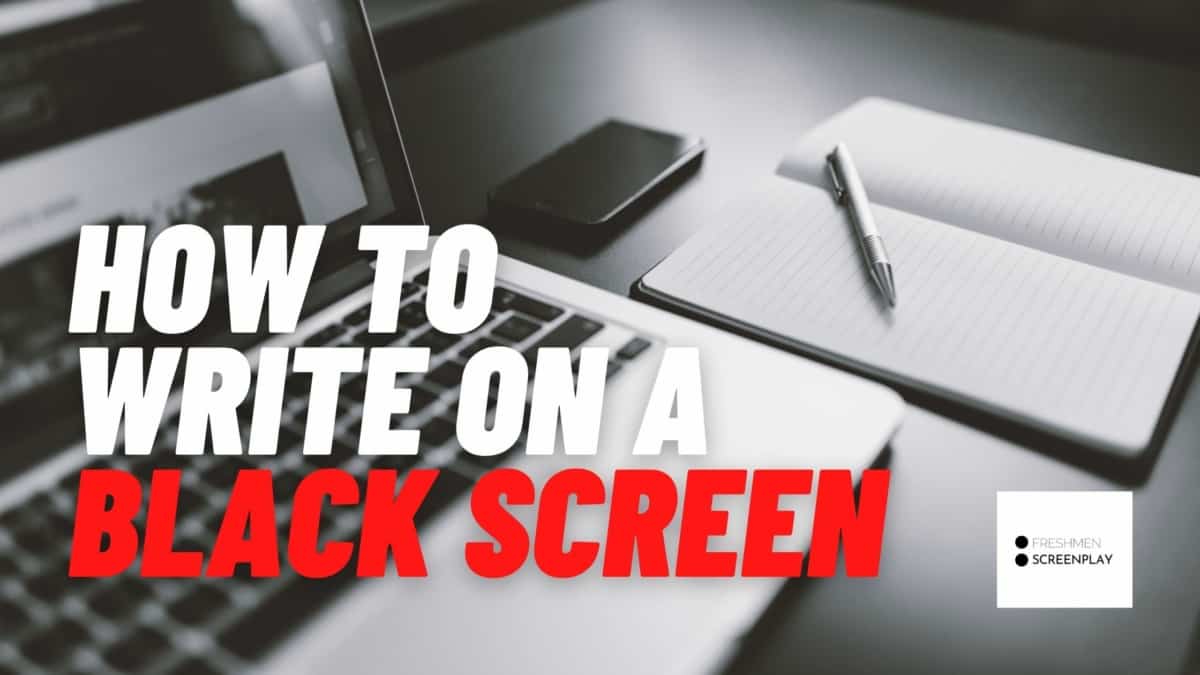 Screenwriting has a lot of do’s and don’t guidelines on formatting. Today we will be discussing the black screen or a screen with no image, and you will learn the following:

What does Over Black mean in a Screenplay?

What does over black mean? It’s a direction to the director from the writer normally at the beginning of a script to include no image or visual representation of the film. There are only sounds, music, voice-over, or text, if any.

This generally happens as a way of opening a screenplay for a dramatic effect. Presenting something other than a visual cue keeps the audience alert to only hear what is happening other than see. The more senses you take away from a person, the more the others are heightened. This is used a lot in horror or thriller genre films.

How to Write Over a Black Screen?

How do you write over black in a screenplay? You begin a screenplay with a black screen by writing “OVER BLACK: “Then describing what you hear over it.

In this example, you can see that we have an audio cue. “The laughter” Then we have (V.O.) or voice-over. Meaning you can’t see what happens only to hear the voices of people. Keep in mind that the audience doesn’t know what these characters look like, so no character introductions are needed until we see them.

How do you Write Quotes on a Black Screen?

You write quotes of a black screen by writing “OVER BLACK:” then in quotes, write what you want the audience to read before the film’s start.

How do you Write Text on a Black Screen?

Text is different from quotes because text is generally longer and explains a part of the story we should know before reading or watching. It’s used as exposition.

This isn’t how George Lucas wrote it, but he was writing a production draft that is different from a spec script that, more than likely, you are writing, which allows for the breaking of guidelines.

How to Fade to Black in a Screenplay

You can also use a black screen as a transition in the middle of your script.

You don’t need the “FADE UP,” but you do need some a scene heading to give the reader an indication of where we are now.

Should you use the Black Screen in your screenplay?

No, you shouldn’t use a black screen in writing unless you’re writing a script a producer has hired you to write. It’s not necessary and could hurt your chances of getting one attention.

Screenwriting is about the story and being sparse. The more words you use to show what’s happening, the worse you are looked at from a professional lens.

Professional screenwriters often say to leave the creativity of things like shot selection to the director. It shows a willingness to collaborate.

Why would the writer do it? To reveal something. Think about the context of a black screen. You’re leaving the audience in a place with limited sensory information.

There is no real wrong and right way to do something in the screenplay, just Guidelines. These guidelines are built to keep the screenwriter from confusing the reader nothing more, nothing less. If you were using a specific format for writing over black screens, keep that format throughout the screenplay.

What reason are you going to use the black screen in your screenplay?

Over Black in a Screenplay Simply Explained
Posted in Formating Help By K.D.WilsonPosted on Tagged black screen, how to write on a black screen
Script Audio Notes