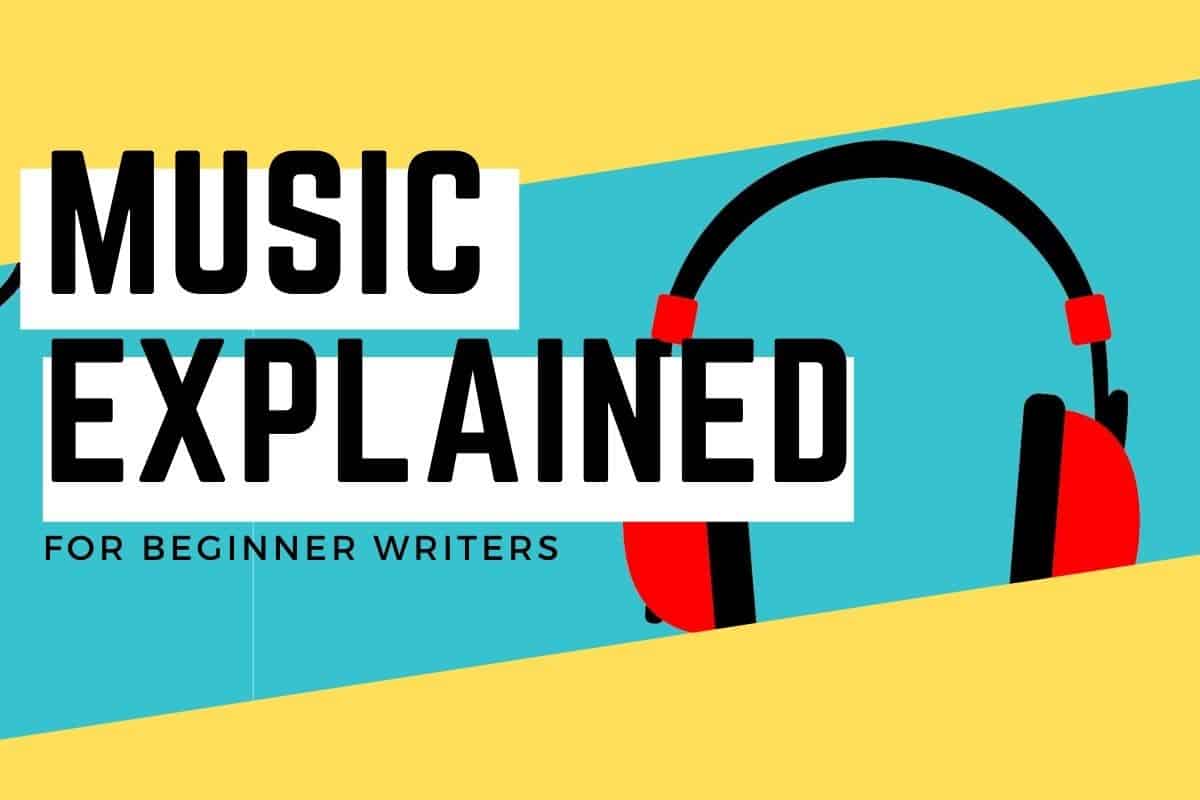 Music in screenplays can be complicated.

We all have that perfect song to play at that exact moment, like in Guardians of the Galaxy or those perfect lyrics our character can sing out loud like in Baby Driver. But how do we do that visually in a script?

How do I insert a specific song in a screenplay? You insert a song in your script by writing: “MUSIC CUE:” followed by the “Song Title” and then the “Artist Name.” Then you can write as usual. And when you plan on ending your song write “End MUSIC CUE.”

Now you know how to use specific songs in scripts as well as writing your characters singing.

It’s also important to know people hardly don’t do this for a reason. Let’s explore why

When Should I Specify a Music in my Script?

You should use music in your script only when it’s essential to the scene.

Take a look at the situations below:

These are just a few examples, but what they all have in common is they need music for the scene or story to continue. The reader is actively thinking about what song is the character about to play?

Most of the time, people want to use music because it gives the perfect feeling in their head of what the scene represents. Doing so is the wrong approach.

The reader should feel the scene without the thought of the music playing in their head. Adding music can be a crutch to what you suppose to be doing in your action lines.

There is a caveat to this rule. Ask yourself, am I producing this music myself?

If you have music you wrote and produced yourself, by all means, add as much music as you want.

There are no restrictions on music. Or if your friend produced some tracks and says that you can use them for your movie, go ahead. If not, you could get into some legal trouble. Why you shouldn’t use Write music in your script.

Why you shouldn’t use Write music in your script

As a writer, you create the essence of the story.

Everything starts with you, but it doesn’t end with you. Choosing something as simple as a music choice could be imposing onto other people’s creative process.

Let’s now explore how your decision would affect your other future collaborators. One being the director.

1.) Its the Directors Job

As a director, it’s their job to see that the film gets from paper to the theatre. This job includes making acting decisions, set decisions, editing decisions, and even music choices.

When you, as the writer writes specific music, you are disrupting the director’s vision. Most directors will ignore your choice in music anyway.

Remember it’s no longer your story. Like sending a child off to college. When a movie goes to theatres If it’s bad I never blame the writer. We don’t know what his version of the film looks like and we never will.

A producer is a filmmaker too but in a different way. It’s their job to make sure that whatever you write can be made. Seeing specific music in a script will make any producer’s eyes roll. They look at it as a financial burden.

They already have to get your 17th-century Japanese sword, a room full of computer screens and now Micheal Jackson’s “Beat it.” Which of the following do you think will cost the most to make?

Micheal Jackson’s music is estimated to cost between $75,000 and $200,000 to license one song for a commercial spot including transmedia, which includes everything. That’s a lot of computer screens.

To put that in perspective, the low-budget horror unfriended cost 1 million to make. Not a smart idea to spend 1/5 of your budget on a song that will pay for 30 seconds in a movie.

You choose the perfect song for the ideal ending scene. But what if the producer doesn’t recognize the song and you based the whole ending off the feeling that song will give your reader. Or in this case, the executive interested in buying.

This mistake could make or break your sale. Again the skill of a writer should be able to set the tone of a scene without the words or feeling a musical choice could bring.

Your better off writing “Heavy base rap song plays in the b.g” than taking a chance of the executive not knowing who Kendrick Lamar is.

Using music in your script even if the producer likes, it would make it even harder to sell. That price tag is just too high even for a less popular song. But then again why would you license a song that isn’t recognizable it would be much more efficient to have a composer make a song with that feeling than to pay someone absorbent amounts of money to use there’s.

But ultimately the studio will have to decide whether it’s worth it or not.

Do I need permission to use a song in my screenplay?

No, you don’t need permission to use a song or any lyrical content in your script. You are free to write anything. But when it comes to copywriting your script, you could come into some trouble.

You can Copywrite lyrics that have already been copywritten. But most people submit scripts to the WGA as proof of creation. The WGA (Writers Guild of America) will have a version of your script so if someone does try to steal they will be the first ones that have your back and sue.

Can I write my character singing the song?

Let for this portion of the post we are going to educate you a little on song clearance. Every song has publishing rights, which are the musical competition and the written lyrical content, and the master writes, which is the sound you hear coming out the radio.

If you wish to make a movie where your character sings a specific song say in the shower. You still need to clear it with publishing. Meaning you need to ask Taylor shift if it’s ok to use her song and if you get that far you then you need to pay the fee she requests.

So again, it would be easier to write, “She sings a female popstars hit song.”

Below are some popular scripts you can download that are famous for their musical choice.