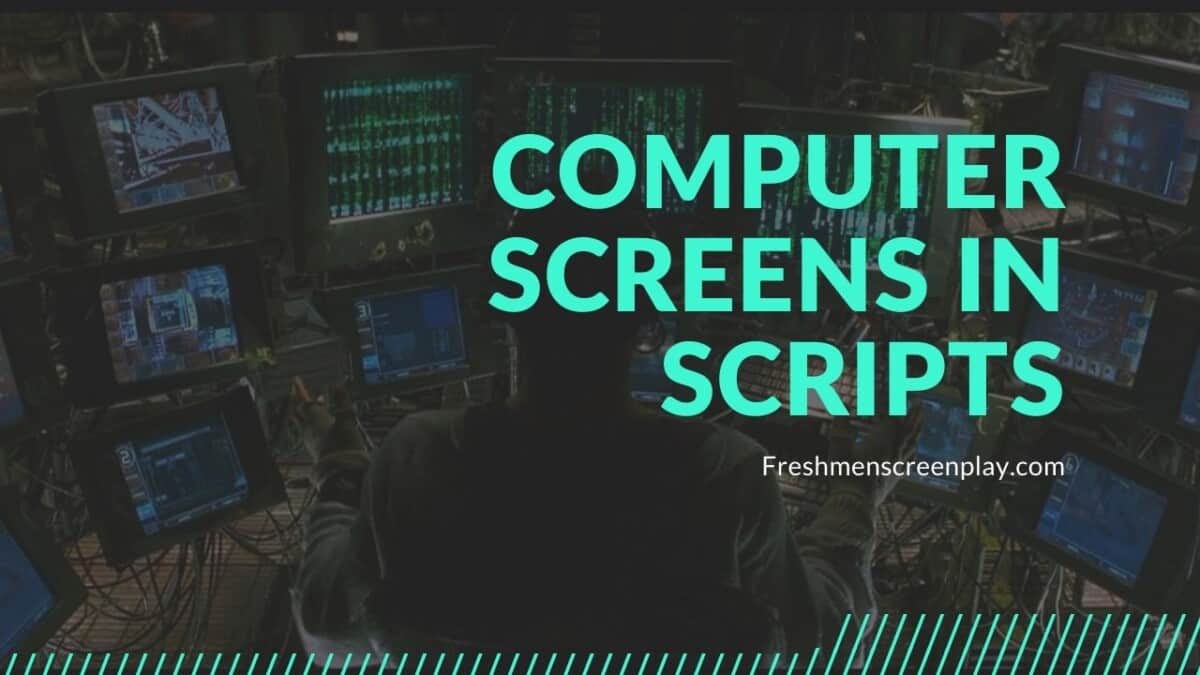 This is an easy one. But with today’s computers being such a part of our lives I understand why you would want to ask. Just to make sure.

Yes, of course, there are many ways of doing this but the example above is the most common.

Example number two in my opinion is better because it doesn’t intrude on the reader’s eyes. It comes more naturally because on the surface it’s just another action line.

Which way should you choose? It depends on what type of film your writing.

If in your movie the computer screen is like a character itself like in Unfreinded (2014) Then going with the first option makes sense.

Let’s look at one example where the computer is treated as a character.

Computer Screen in a Screenplay Example

One of the most popular examples is from Lana and Lilly Wachowski’s break-out hit movie The Matrix (1999).

The movie starts with a computer screen. Check out how they wrote it below.

Let’s see how it appears on the screen.

Dam! that was good. If you haven’t seen it you should.

But since computers and phones are their main communication method it becomes necessary to treat them as such.

Did all your questions about computer screens in screenplays get answered?

Which way are you going to use and why?

One thought on “The Computer Screen in a Screenplay”