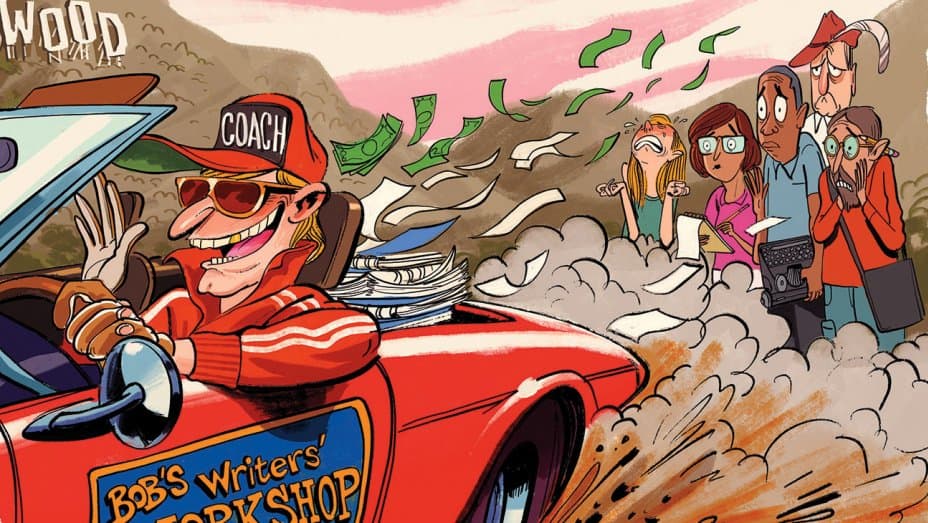 By the title of this post, you can see there’s been the question about the legitimacy of screenwriting competitions. They sometimes make 100’s of thousands each year, but where does that leave the screenwriters? How many careers have launched? How many rags to riches stories have been covered? It seems a new competition springs year after year, leaving writers guessing, which contest should they spend their hard earned money.

Like with film festivals only a few matters? Ask yourself which film festival matters more Sundance film fest or Ohio national film fest? It’s better to win one highly respected contest than 40 different ones no one’s heard. Perception is reality, and the look of winning Screencraft gives you legitimacy.

Just in case the competitions you’ve thought about entering isn’t above. Let’s go over the criteria for a good screenwriting competition.

All of the competitions listed above give the following:

The goal is to work on a TV show or hired by studios to write. On the low end, you can sell a script for $70,000 that enough for a decent living in America or anywhere in the world. To do this you need industry exposure. Exposure brings connections and connections, keep you hired.

Ask yourself how much exposure will my work get by winning this screenplay competition? Winners of the contest above get some formal introductions to producer’s heads, Executives and investors.

An example lookt at The Warner Bros. Writer’s Workshop If you win, you will work one of their many TV shows. They hire eight people to work every year, and with that, you’re connected.

Yes, money matters. Prize money comes in second because any artist knows the struggle of doing art. When winning $25,000 for a screenplay competition, it validates your skills and fills your stomach.

Quentin Tarantino made $50,000 for Reservoir Dogs, so your not far away. Most screenplay competitions have large cash prizes for the top winners. Again this is second what matters more in the industry exposure and connections if you get that you make money for the rest of your life.

Ask yourself would you rather be judged by Richard write or Aaron Sorkin? You might ask yourself who the hell is Richard Write, this is the right question.

The best screenwriting competitions have notable judges. Now sorry to say but Mr. Sorkin doesn’t have time to read your script most people who can write well are in high demand. But there are retired screenwriters people who have a few movies underneath there belt who can help out once a year. See if the competition has anybody that is worth judging. Look them up and their credentials as people within the industry. If you cant, find any chances are it’s not worth the entry fee.

Feedback is where you get better. When a competition offers the input from the readers and judges (if you get that far) will give you the most significant insight on your writing strengths and weaknesses. More importantly, you understand why you didn’t win.

I’ve heard of people getting feedback from the same competition for three years straight on one screenplay then the fourth time they won.

So the question now is how you would know if a screenwriting contest is good or bad?

The Top 5 Red Flags of a scam screenwriting contest

1.) Zero Transparency on the Contests Hosts

Ask yourself whos in charge or this competition? If you look and their website draws a blank this is a bad sign. The less transparent the more they have to hide. Know who’s in charge of the organization your sending your money too. An organization that is backed by notable people who you can trust should give you confidence at least your getting a fair shot.

Take a peek at the Nicholl Fellowship committee they have designed there establishment an to have someone from almost every single area in film. They include notable short film and animation writers to producers and actors. All of which have had their time in Hollywood as proof of there knowledge of good writing.

So do a little research. The good ones aren’t hiding there staff there promoting them

Now not every organization can have notable people read your script and give you notes, but they should at least be able to list them with some confidence if no this is a bad sign.

You want industry experienced people in this position, not Richard Write. Say if you don’t win, but you opt for the script notes and some solid feedback. Who is giving this feedback? How would you know the adivce is legit?

Having fellow writers, executives, literary agents, and producers on this list will legitimize the contest.

When a screenwriting contest is heald year after year, you’re going to have winners that will do other things like make movies and get signed by networks. This is called social proof and is a huge selling point for legit screenwriting contests. A huge red flag if there are none of these to share.

Take a look at the ScreenCraft, if you want to see a great version of this. Not only do they highlight notable success stories, but they list full names and provide links to there work. Feel at ease knowing that every winner is making a living writing.

Look for the successful writers they have produced.

Most people want a free screenplay competition and yes those are fun but most wont help you. Any competition worth investing the time comes with a cover charge. If the entry fee is less than $30 for the feature contest be aware. Most if not all the competitions on the list above have fees higher than $30.

For example, the Blue Cat competition is $50 for a feature entry and $35 for the short scripts.

Look at the entry fee.

Most people read the bullet points of what is given for the winners. They offer a literary agent, a spec script sale an executive meeting or even a million dollar production deal. Read the fine print people. They can provide you with a meeting with a notable executive but this might only be a phone call with some inspiring words. Yes this is still exciting until you realize that no doors will be opened for your script or your career.

Alot of this can be dismissed with the proper success stories.

Before Entering in any contest

Ask yourself how will winning this help my career? If the only prize offered is money don’t expect anything more than an ego boost which will fade within the year as you go back to your job.

Who is the Contest Scam artist?

There have been a lot of people in high places acknowledging the increase in screenwriting competitions lately On a podcast called Scriptnotes run by John August, and Craig Mazin they wrote off almost every contest except Nicholl. Repulsed people are looking only to make money off struggling screenwriters nothing more. Who are these people? and are they really that bad?

Most are script consultants. If you’ve ever just googled script consultation, the web is littered with them. People who read your script and give you feedback. Most of these people are just trying to make a living, and they do there best to help.

I’ve used a couple on Fiverr myself to get some advice on my script. The problem is when these businesses run low, and people aren’t rushing to get there writings analyzed anymore. With an apartment payment or mortgage in the background despite, times call for desperate actions. They start a contest to get more clients.

Scrolling through the Reddit boards, I’ve found a couple of people claiming that they found script reading jobs on craigslist from shady people offering $10 to $15 to read a sceenplay and provide feedback. They didn’t ask for a resume or any credentials at all.

The post maker didn’t mind making some extra cash in his spare time, but he just wanted to warn people that these companies are in business and to vet theses contest before just handing anyone your money.

How They fund the Business

The prize money that is taken out of the admission fees like most if not all script contests. They are generally low amounts because they are unsure of how many people are going to pay the entry fee. and the enery fee is low to entise people looking to admit to as many as possible without breaking the bank.

They have good intentions

Now I know from this entire post it seems like that im pooping all over these people, but most of them have good intentions.

Most of them were in the same position you are now trying to make it as a writer in the business. Now 20 years past, and there to old to be sleeping on a friends couch or with family. So they decided to take all the knowledge they know and make a business out of it.

Little do they know they can’t help that much. They put the final pieces to the puzzle together themselves to get there started. SO how are they going to help you?

What do the results look like after your screenplay is entered and your money is taken?

Yes it’s true when you enter your screenplay into these sites they might not even read it. The $15 to sometimes $50 you gave them is just for show. The only way to know for sure is to pay for the notes and feedback. At least then you will have some sort of proof it’s gone through the process but then you’re $30 spent becomes $70 or $80.

2.) The feedback you receive is minimal

Say you option for the feedback to prove its authority. You think you got them right? Wrong! Most of the time when you entered a scammy site they will give you four or five sentences of feedback which doesn’t justify a 120-page screenplay.

What about my story structure? character development and my great ending reversal? They give cheap feedback because they are cheap. They do hire script readers but only pay them enough to get the job done not to do it right.

3.) They will use your information to sell you more

If you’ve sent them things like your full name phone number email and even your address they will profit more from it then the $60 you sent them.

They sell your information to other sites for an excellent price. Or they will compile your data into an email list and sell you on the next go around to either there contest or another one they made up.

There is the complete rundown. Yes, there are bad ones out there, but some can help you with your career. Use the list we’ve provided and got better.

Are Script Competitions worth it? List of the ones that are
Posted in Industry Knowledge By D.K.WilsonPosted on February 12, 2019May 11, 2020