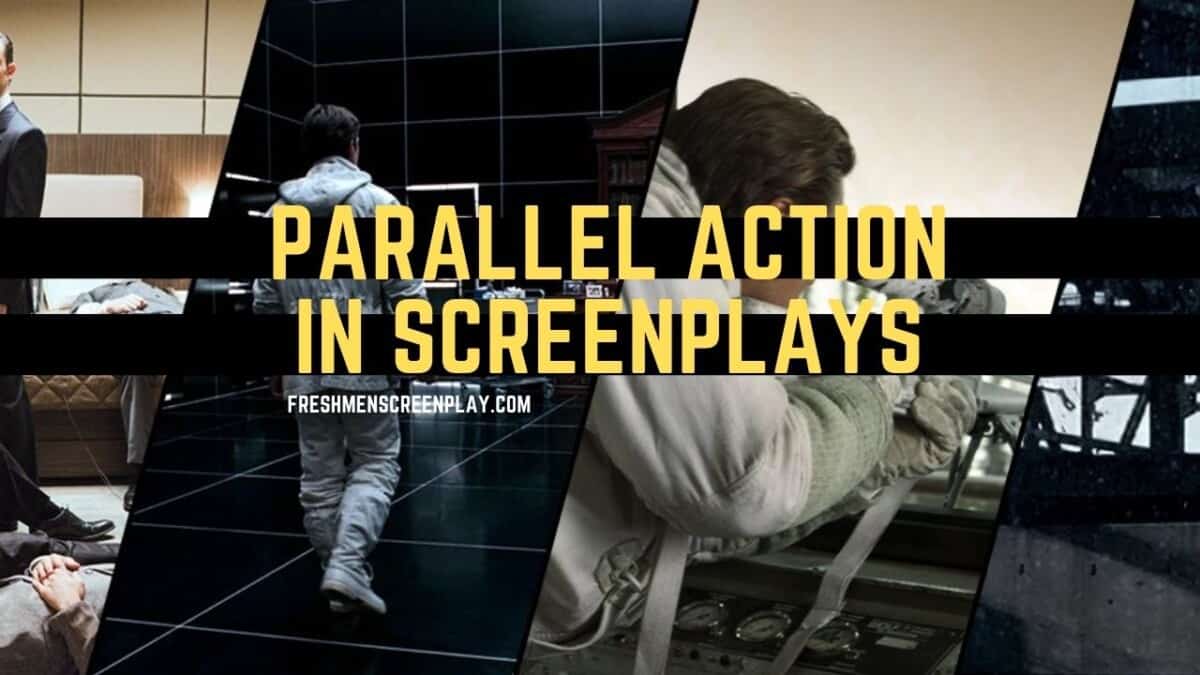 Two or more action sequences are happening at once. Exciting. Reminds me of every single Cristopher Nolan movie.

But how would you write this in a screenplay?

How to Write Parallel Action in a Script? You write parallel action into a screenplay by writing the two scene headings for the action’s locations and descriptions. Then, you write “INTERCUT” to indicate you are cross-cutting the two places together. Finally, when you’re finished, write “END INTERCUT.”

What if you had three things happening at once? You would write:

In scripts and movies, most intercutting happens in a phone conversation but can be done with action all the same. The options are endless. It all depends on your creativity.

When it comes to action, it’s best only to use this technique in high-pressure situations in your screenplay. No one wants to see parallel action of a gas station stop and a man watching TV.

Like in all action or thriller movies, parallel action can increase tension and help the reader imagine what will happen next. Let’s see how it’s done in some popular scripts.

In this script they use the INTERCUT WITH:

But its only after introducing both scenes.

In this example they write it as an action line.

I’m showing you these alternatives examples to prove that it doesn’t matter how you write it as long as it’s clear to the reader what’s happening.

Why are you writing parallel action?

What moment in your screenplay is it for?

How to Write Parallel Action in a Script
Posted in Formating Help By D.K.WilsonPosted on April 14, 2021April 14, 2021Tagged action in a script, cross cutting action, parallel action