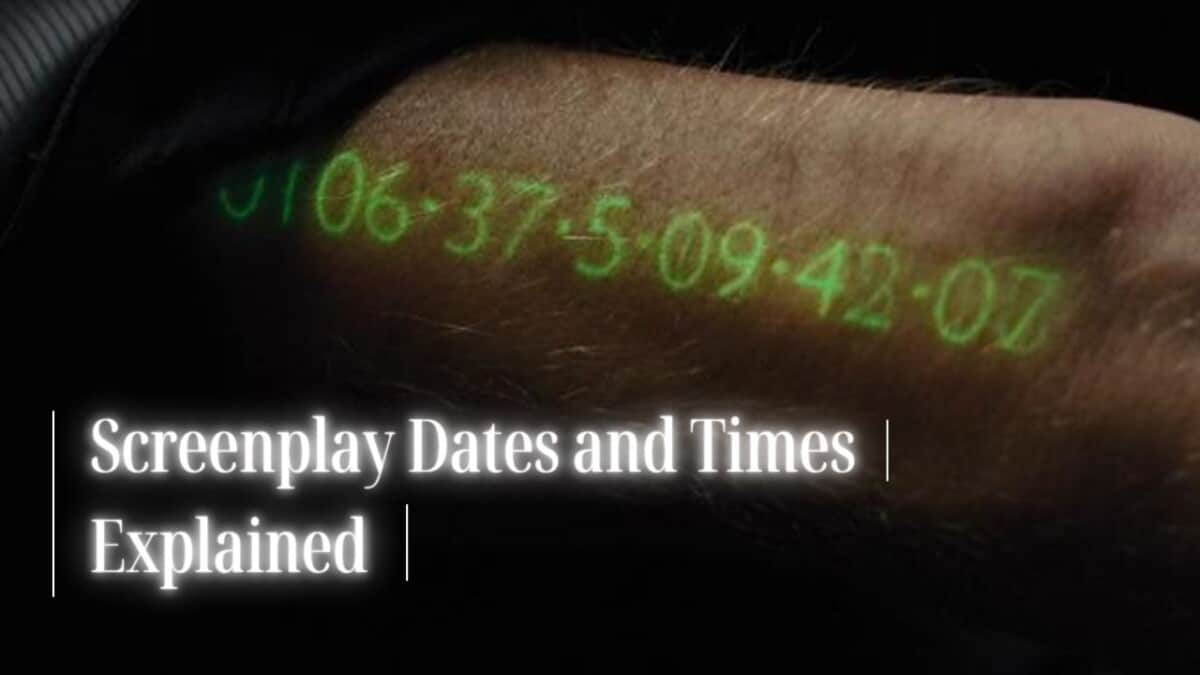 Times and dates can be confusing.

I recently just wrote a feature where one date is essential in the screenplay.

But how would you write this in a script?

This subheading can also use this way for times in a script.

Just understand that supers are placed onto a film in words like an opening a star wars film.

A super gives the reader and the audience the date right in their faces. You see this done on a lot of time travel movies, movies that skip time or location. It keeps everyone understanding the context of the situation.

This way is more for times of the day.

It goes on and on, SUNSET, SUNRISE, etc.

Be careful with using this in a spec script. Most of the time, DAY and NIGHT is all you need and all you should write.

When it’s essential to use the other headings is if your script takes place in one day.

Before Sunrise (1995) The film takes place over one day. Therefore it’s necessary to tell the time of day. To show that the film doesn’t happen over an hour but thought the day.

When you Should Write Dates and Times in a Script

Dates and times shouldn’t be overused, but sometimes, the reader will get lost without them. Then and only then are they a must-have.

For example, in my script called Powerless, one of the characters can see the future, so when the vision ends, I had to indicate where we were in the timeline.

I used the super subheading to indicate the exact date we zoom back for.

It was needed even my script reader indicated it was.

Without out indicating a time or date, will the reader get confused?

If yes, use them.

Why you Shouldn’t Write Dates and Times in a Script

Some writers think it’s cool. They are consistently writing things you would only see in a tarentino film like:

If your an unknown writer, this, even though cool to write, is the mark of an amateur. Stick to DAY and NIGHT. Once you sell a few scripts, you can then go off the rails.

The biggest thing you should take away from this is to have a reason for telling the reader.

Which way are you going to use?

Do you have a good reason for using it?

How to Write Dates and Times in a Screenplay
Posted in Formating Help By D.K.WilsonPosted on April 11, 2021April 13, 2021Tagged dates and times, how to write dates in a script, how to write time in a script