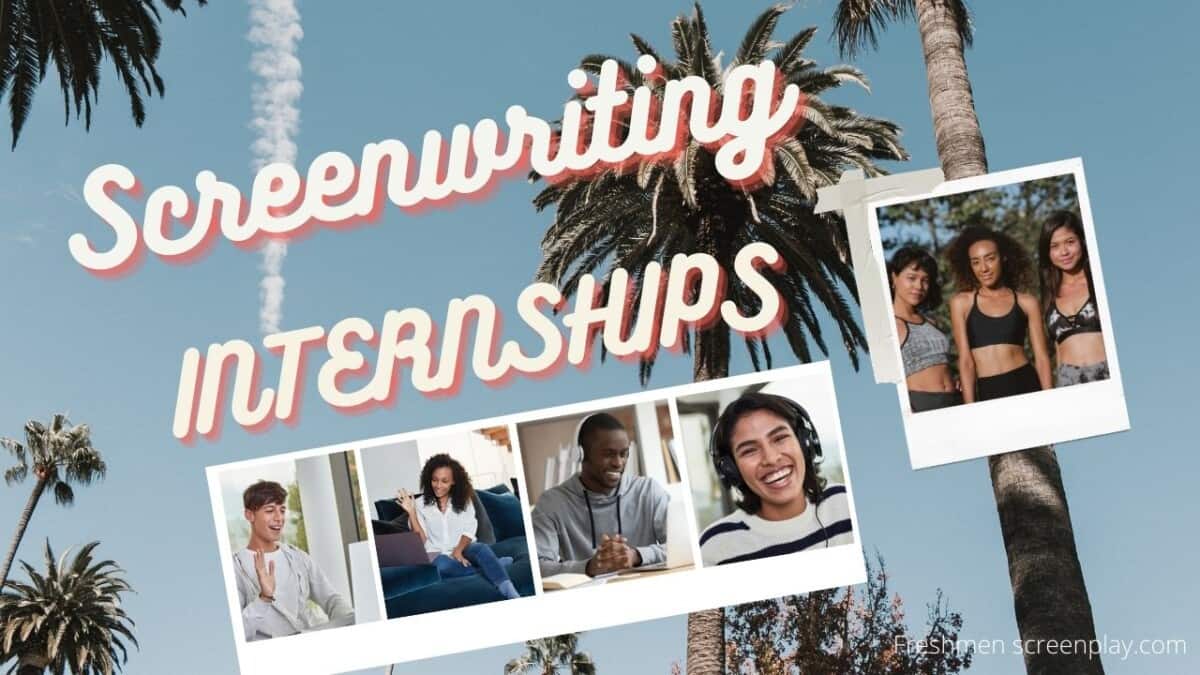 Although most people think of internships as only something only students should pursue, we disagree.

If you lack screenwriting or editing experience and you’re trying to earn it any way you can, an internship is an awesome way to get your foot in the door.

The top of the list down to the Emmys internships are the ones with a focus on screenwriting. But even if its not a focus in writing per se these others will get you the connections you need.

What are the best screenwriting internships?

Here are our picks for the top:

If you dream of being a part of Warner Bros., you won’t want to miss their internship opportunity.

Who is it for?

They offer internships to both United States and the United Kingdom.

Resume and cover letter. Should the staff at Warner Bros. be interested in considering you for an internship, they’ll reach out to you to schedule a phone interview. During the interview, they’ll ask questions about you and your experience in screenwriting.

If Warner Bros. likes what they hear, you’ll be asked to visit and interview again. A recruiter will be in touch with the candidate out of the group that they most want for the internship. If chosen, you must agree to and pass a background check to start the internship.

The internship is 10 weeks long. You’ll work 40 hours a week in the summer and between 16 and 24 hours a week the rest of the year.

The internship openings are posted three times per year: in February or March for summer positions, in August or September for fall positions, and in December or January for spring positions.

StoryFit is an AI-based platform for publishers and entertainers. They specialize in business areas such as sales and distribution, marketing, and development. But no they don’t make robots. Take a look at what they do.

According to their internship listing, StoryFit wants a candidate “who will help dive deep into scripts with us.” This doesn’t mean you’ll write scripts, but instead take care of tasks like formatting the scripts StoryFit receives as well as feed the scripts into their data analytic software and then review the results.

However, StoryFit is very clear that you’re not editing scripts.

Who is it for?

If you’re in Austin or thereabouts, you might consider their internship. You can work remotely as well, so even if you’re outside of Texas, you can also apply to intern for StoryFit.

The hours are flexible, but you’re expected to work at least 10 hours per week.

What you will do?

StoryFit says you can edit and tweak “famous scripts” from “well-known favorites” and even
Oscar winners if you’re selected for their internship.

Depending on when you join the team, you’ll be assigned a goal for your project and then be taught how to achieve the goal by the time the internship wraps up.

Do you sit glued to your television every year when the Emmys are on? If so, then an internship with the Television Academy could be just what you’re looking for, as this organization proudly calls themselves “the people who bring you the Emmys.” Here’s a closer look at the variety of TV internships available in 2021.

In this virtual and augmented reality internship, you’d work at a production company or studio. Most of the time, you’d sit in and watch how to program ideas are formulated and see which ones are developed and why.

You may also get to work with literary materials. You should have VR experience and knowledge, a writing background, research skills, and a production background to apply for this internship through Television Academy.

The unscripted television internship from Television Academy will also have you working at a production studio or company. Your internship responsibilities will be to work with a development team on unscripted TV programs. You’ll also partner with a network programming staff to come up with TV show ideas and push programs forward.

To excel in this position, you’ll need to have a background working on unscripted TV.

If you’d rather work on a scripted series, that’s another option. At the Television Academy the production company or studio, you’ll watch how scripted programs come together and even take part in working on developing a script for a series.

If you want to get accepted for this internship, you should have a communications or liberal arts educational background or even a degree. Experience in theater arts, literature, and creative writing will also benefit you.

We talked recently on the blog about selling a script to Lifetime. Maybe you can start on that road by first winning a Television Academy internship in movies for television. You’ll need an educational background in communications or liberal arts as well as theater arts, literature, and creative writing.

You can work on both live-action and animated children’s television shows for preschool-aged kids if you get this Television Academy internship. As an intern, you’ll go over TV show scripts and even pitch ideas to cable networks.

If you have a background in education and especially children’s education, that will help. So too
will experience related to communications, arts, and literature on your resume.

Work for a digital production company or studio and do an assortment of tasks as an animation intern. You might work on effects or lighting, back-end animation, asset building, design, and even front-end story work. The desired experience is media studies, communications, animation, and cinema.

Atlanta residents, this is for you. But this isn’t particularly for screenwriters. But any person in the film industry. The more connections you have the better so why not.

The Atlanta Film Society internship gives you the chance to plan and coordinate events, increase society membership, and work on a film festival. You need to be 18 years or older and available to work at least 10 weekly hours as well as after-hours for events.

The National Association for the Advanced of Colored People or NAACP may not seem like an organization you’d find a screenwriting internship through, but you’d be surprised! They have an assortment of Hollywood student programs that can be great opportunities if you meet the criteria. Here’s what you need to know.

The Inner-City Filmmakers: Los Angeles project is for inner-city youths who are lower-income and want to learn about filmmaking. The program starts in the summer and lasts for eight weeks, with 25 hours spent in a classroom learning about the world of film. Then you have to make your own short film. The program continues in the winter through the rest of the year with more classes.

Another LA program, the Independent Filmmaker Project Los Angeles will accept 40 participants and mentor them. There’s a New York version of the same internship but with only 20 interns. To be eligible, you must be at the beginning of your filmmaking career and your wor must “diversify the industry.” The New York program is five months long and the LA one is four months. Both programs feature spring and fall cycles so the internship is non-consecutive.

Only high school-aged girls in LA’s underprivileged areas can join WriteGirl, an internship that pairs women writers with students to guide them through writing in all sorts of styles. This internship meets every week and includes a full-day workshop once a month. The program starts in October and ends in June.

The Broadcast Training Program is for those interested in film or TV production, news management, or TV and radio news reporting. You’ll train in a TV and radio station and work on writing, reporting, producing, and editing pieces.

To be eligible, you must have already graduated from college and spent two years looking for an industry job. You are paid for this internship and could even get a job after the internship wraps up.

Opportunity is out there; you just have to know where to look for it. These five screenwriting internships are golden opportunities that you should take advantage of provided you meet the criteria. Your new screenwriting career could be closer in reach than you ever thought possible!

What internship are you going to try for?