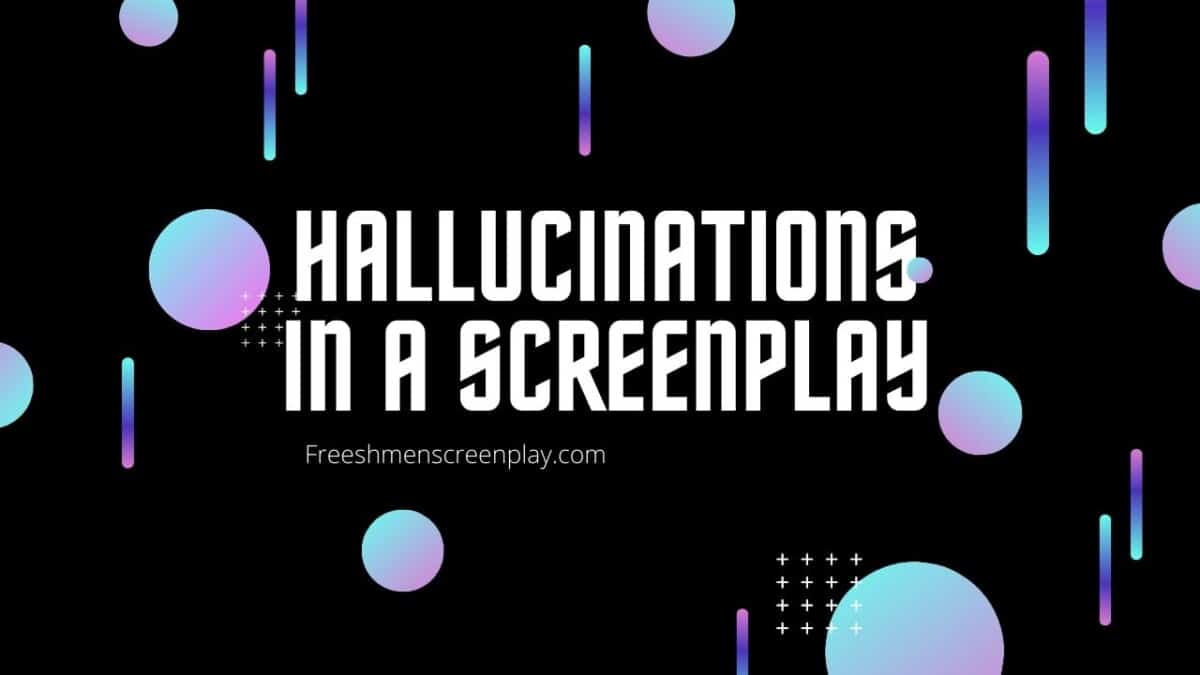 Hallucinations, the appearance of something real but only to the person experiencing them.

The voice. The vision. The image. The people.

If all of these can only be seen only by your PROTAGONIST you’re writing a hallucination. But how can you write one?

This can be achieved through:

Through this post, we will go over each of these just keep reading.

Hallucination in a Flashback or Vision

A vision or flashback is a moment where characters see something from the past but it can be used as a hallucination technique.

I wrote an entire article on flashbacks here.

But, simply put you write:

The same can be done with a vision just by replacing the word FLASHBACK with VISION.

If it’s a hallucination that comes out of nowhere. Give the character a reaction when they come back to the scene, to suggest they themselves didn’t expect it.

Sometimes people can hallucinate by dreaming or daydreaming. Maybe they believe it’s real maybe it isn’t. It doesn’t matter.

How do you write this? The same way you wrote a flashback.

Dreams give a more gentle touch as opposed to a flash or vision.

Hallucination from a P.O.V

Sometimes you don’t want to change the format. What the character is looking at is the hallucination. You want it to be ambiguous with it. Are other characters seeing this? Who knows.

Look at the Matrix script for that.

After Neo takes the red pill his reality starts to shift. And to this day we are still unsure if everyone in the room is witnessing what the protagonist and we as the viewer are.

They wrote it as if it was really happening. So if you have a hallucination like this. Just go for it, But know it will be ambiguous to the reader. They might be confused. As long as they get an answer in the end it’s okay.

Now let’s see it in action.

How to write Hallucination Characters

You are titering on the cusp of the famous film A Beautiful Mind (2001). Where he was hallucinating character the entire movie. And we don’t find out about it until the end.

If your hallucinating characters It’s important to plot beforehand.

For example, the characters in movies like A Beautiful Mind only talk to the person hallucinating them. This takes careful planning.

You can do this by having them conversate one on one.

They could be in the room with other real characters but the way the dialogue is structured it seems as if they are all speaking together. It can be complicated but I have some rules.

It’s all about the reveal.

Guidelines for Writing Hallucinations in a Screenplay

What’s the point of this hallucination. What do we learn, the characters learn, or what is revealed. Having a point/reason is the most important thing.

If you have a point then once it’s completed the current hallucination should stop.

Awesome that’s it and that’s all. You now know the main ways to write hallucinations in a screenplay.

What way are you going to use for your screenplay?

Whatever the answer is let’s hear it in the comments below.