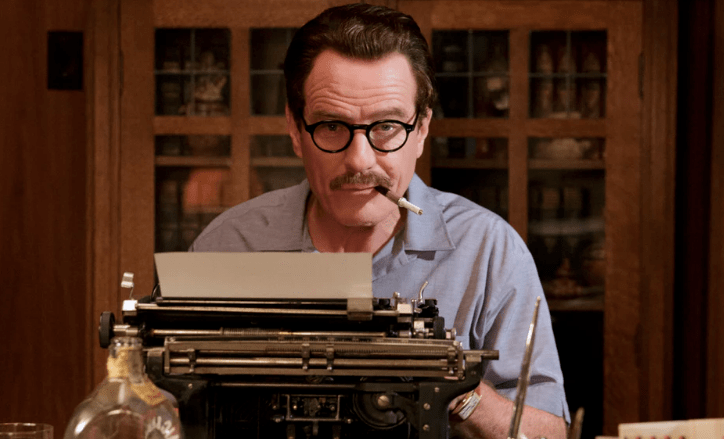 Everyone in screenwriting has a horror story or two about their screenplay getting rejected for seemingly no reason. You’ve just completed your own screenplay and these stories are swirling in your head, making you nervous. Will your screenplay get sold? How hard is it to sell a screenplay, anyway?

According to writers, managers, and agents involved in greenlighting screenplays, there’s a five to 20 percent chance of a screenplay being accepted and sold, says Script Magazine.

Admittedly, those acceptance rates are pretty low, but that doesn’t mean you should give up! In this article, we’ll talk more about why screenplays get denied and what you can do to increase the chances of yours being sold. You won’t want to miss it.

Is It Difficult to Sell a Screenplay?

The Script Magazine article we linked you to in the intro is from 2017, so it’s pretty current. The writer knows managers, screenwriters, and agents, so they didn’t pull the acceptance rate out of nowhere. That rate is, just to reiterate, between five and 20 percent.

If you had a million screenwriters and took 20 percent of them, that’s only 200,000 writer’s screenplays that would be accepted. You have to assume that way more than a million people might submit a screenplay, meaning far more would be rejected.

How many people actually do send in screenplays? That’s a little tougher to say. This article in The Atlantic notes that the Writer’s Guild of America receives 50,000 registered screenplays annually, but the article is also from 2011. That number has surely only gone up since then.

Script Magazine dives deeper into how many people might get their screenplay sold by rating the quality of writing. The article says that perhaps only 10,000 writers actually produce screenplays that are considered good, even great. Thus, they have a better chance of acceptance.

Some of these writers already have roles in Hollywood, about 4,760 of them, states the article. That’s roughly 48 percent of the 10,000 screenwriters, leaving 52 percent that are not yet involved with film or movie production.

Once you crunch all those numbers, we’d say yes, it’s quite difficult to be one of the chosen few who gets a screenplay sold.

Why is it so Hard to Sell a Script?

What is it that makes it so hard to break into the world of screenwriting? There are several factors at play here, and each are significant. Let’s talk about them more now.

The Sheer Number of Screenplays Submitted

All it takes to write a screenplay is a computer and an idea. Heck, you don’t even need a computer nowadays, just a smartphone or tablet will do. You can get by without a word-processing program as well, as you can use tools like Google Docs or even your phone’s notes section to begin jotting down ideas as they come.

As we said before, you have to expect that millions upon millions of people submit a screenplay every year. Since it’s so easy to write them, anyone might think they can. That can result in a flood of not-so-great screenplays.

Now imagine you’re an agent or a producer and you’re inundated with millions of screenplays. You read through a few, but none really impress you. Even if there are some hidden gems in there, the agent or producer might never read them because they’re just so fatigued.

Let’s say everyone who submitted a screenplay had a great one. Still, the sheer number of submissions is overwhelming to anyone, so most of the screenplays don’t get read. It’s just too much for one person or even a small team to do.

Not Knowing the Right Party to Reach out To

The above is assuming that you get to the point where you even submit your screenplay in the first place. Given that it’s Hollywood we’re talking about here, there are a lot of barriers to entry. You might not be sure who to reach out to. Is it the agent? The producer? Should you mail the screenplay or send it in an email?

No matter how you submit it, you’re once again in the same predicament we described in the paragraphs above. Your screenplay is one of millions and may or may not be seen. Even if you follow up with the agent or producer, you may never get a response back. Think about it for a moment. Could you realistically respond to more than a million emails or letters? No. Neither can agents or producers.

Instead, the select few screenplays that get chosen will receive a response and that’s it.

Fewer Original Films Getting Made

There’s yet another important factor that could impact the chances of your screenplay being bought. This infographic from BoxOfficeMojo.com is from 2011, but it shows what has become an ongoing trend in the years since.

That trend is that fewer original movies are being produced. Instead, there are countless sequels dominating Hollywood. While back in 2011, these were films like The Twilight Saga 4, Pirates of the Caribbean 4, or Cars 2, today, it’s more like Star Wars: The Rise of Skywalker, Toy Story 4, or Spider-Man: Far From Home.

If it’s not sequels, then it’s remakes. Disney dominated the remakes this year with Aladdin and The Lion King, both of which were translated to live-action versions of the original animations. Cats is another huge remake, as is The Addams Family.

These are very established franchises we’re talking about here. While it’d be a dream to work on one of the above movies, a screenplay for any of these franchises would almost certainly be rejected. The producers and writers on these films have ideas already and don’t need any outside input.

That leaves you with original movies only, of which fewer and fewer seem to come out each year. There is somewhat of a silver lining here, at least. Data from Statista.com tracked how many movies were released in Canada and the United States between 2000 and 2018. While it was only 478 films back in 2000, by 2018, the number of films released in a year had risen to 871.

Sure, lots of those 871 slots are dominated by remakes, superhero films, and sequels, but what’s important is that there are more slots open. That gives you more chances to get in with your original screenplay.

Tips for Getting a Screenplay Sold

You really want to get your screenplay out into the world, and we’re not here to deter you. We just want to put forth all the numbers and data so you know what your chances are.

You never know if you could be that one chosen person who gets their screenplay not only sold, but adapted into a Hollywood film. The only way to find out is to try. Here are some of our best tips for success.

Enter a Contest or Fellowship

We recently wrote a post about some great screenwriting fellowships to apply to. These range from major names like Disney or NBC Universal to smaller ones like the Austin Film Festival Society Screenplay and Teleplay Competition.

These fellowships open at different times of the year and have a variety of requirements to enter. Most also charge an entry fee. Depending on the fellowship, winners get a slew of perks. You could get to join masterclasses with real producers and screenwriters, get mentored in writing your screenplay, or even earn yourself a job on a major television network or film studio.

We recommend you apply to as many of these as your wallet allows. This can be a great way to get your foot in the door.

Be at the Heart of It All

The golden, glimmering lights of Hollywood may be calling your name, but it’s hard to answer that call when you’re halfway across the country. It may not be feasible for some people to up and move to LA, especially if you already have a job or family. If you can, though, then you might want to consider relocating. It will especially help with our next tip…

In being where all the major Hollywood types are, you can network in-person. Of course, before you can do that, you have to find the right people to network with. To this end, we’d suggest a service like IMDb Pro. While an annual membership is $150, you can gain the contact information of executives, studios, production companies, and agents without doing anything illegal, creepy, or stalkerish.

IMDb Pro does let you try their service free for up to 30 days. That should give you plenty of time to figure out if it’s right for you. According to IMDb themselves, you can find contact information for as many as 300,000 production companies and professionals through their service.

Look for a Screenwriting Manager

Everyone thinks they need an agent to buy their screenplay when what they really need is a screenwriting manager. This person can act as a type of mentor, helping you sharpen up your screenplay so it has a better chance of being sold.

Selling a screenplay is not exactly easy. Part of that is due to the crowded market. Hollywood’s propensity for remakes and sequels over original films certainly does not help, either. However, by seeking a screenwriting manager, strengthening your screenplay, and connecting with the right parties, you never know what could happen. Your screenplay could perhaps be the next big thing.

How Hard Is It to Sell a Screenplay?
Posted in Industry Knowledge By D.K.WilsonPosted on December 24, 2019May 9, 2020