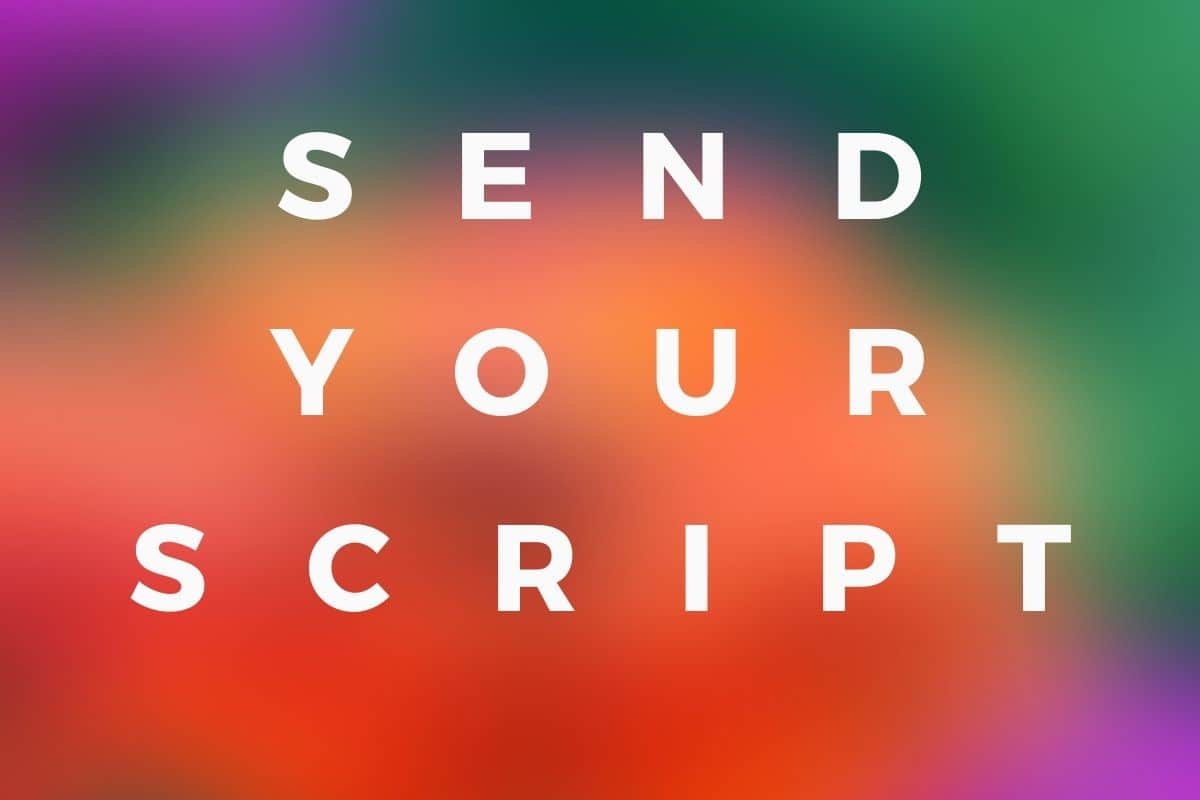 Do you ever wish you could cut through all the red tape and put your screenplay directly into the hands of a famous actor, manager, or producer?

Of course, you do, but that’s not how it works, right?

In some cases, that’s exactly how it works.

If you can submit your script to the right place and the right people, you could fast-track it to Hollywood. But how?

How do you send your script to Hollywood? Try the following options:

Once you connect to someone who can make things happen, your script may blossom the way you always imagined it could.

Keep reading to learn more about the best way to find the parties with the power to make your screenplay dreams a reality.

4 Great Ways to Send a Script to Hollywood

1.) Find a Screenwriting Agent or Manager

You just moved to Hollywood.

You’re ready to see what you can make of it, but you don’t know anyone here except maybe a few buddies.

How do you open the door to the Hollywood types?

The importance of a screenwriting agent or manager has come upon this blog a lot, such as this post, and this one as well.

That’s because both managers and agents can play such an integral role in getting your screenplay into the right hands.

Once you have this person on the line (figuratively speaking), they’ll ask to look over your screenplay. If the manager/agent loves it nearly as much as you do, you become a client of theirs.

You can now get connected to actors, film producers, directors, and other big names in Hollywood that had alluded you before.

Further, your screenplay will be promoted and shopped around on the part of your agent until someone bites and wants to buy it.

An agent is truly an invaluable partner unless you’re blessed with connections of your own. Make sure you seek them or a manager (even both) soon upon your arrival to Hollywood.

2.) Participate in a Fellowship or Contest

If you’re not familiar with fellowships, check out this post to get acquainted.

Essentially it’s a contest for screenwriters like yourself to get your work seen by professionals in the industry.

Should you win, your prize may be an adaption of your screenplay into a film. You may also get to participate in a masterclass led by large names in film production.

In some cases, you could receive a coveted writing role on a TV show or for a film studio, which would be a dream come true.

Fellowships pop up throughout the year, with strict submission deadlines and fees. One of the biggest and most coveted screenwriting contests is the Oscars’ Academy Nicholl Fellowship.

Annually, five winners will be selected for a $35,000 fellowship. You’ll finesse your screenplay with the pros for the duration of your fellowship experience. When Oscars time rolls around, you even get to attend the ceremony itself.

Other great screenplay fellowships to consider are as follows:

3.) Seek Them out Via a Screenwriting Networking Site

If you haven’t seen this recent post on our blog about where to submit your script for 2020, you’ll want to change that ASAP.

There are some really great resources there you’ll want to take advantage of as a budding screenwriter eager to send your work to Hollywood.

If you’re looking to connect with an agent or manager–as mentioned before–you need to sign up for IMDBPro.

Here, you can find contact information for production companies, managers, and agents in LA.

You want to start by searching for movie genres similar to your screenplay, picking a film. Next, find the film’s writers. On the writer’s IMDB page, you can now see who their agent is/was.  Click on the agent’s IMDB page and connect with them from there. You can also upload your script through IMDBPro and let people find you that way.

Backstage.com is another great resource for tracking down a screenwriting agent or manager. The site works in much the same way as IMDBPro, but it does require a little more digging to track down the people you want to connect with.

Stage 32 is for those screenwriters ready to pitch their work to producers, directors, and even actors. You can also connect with managers and agents on this platform. Make sure you don’t pitch to just anyone, though. For best results, choose a professional whose genre/goals/work aligns with your material. You can pitch the old-fashioned written way or through video.

Finally, as you continue your quest to send your script to the right parties in Hollywood, Virtual Pitch Fest can be a great aide as well. As the name tells you, this site is all about pitching your screenplay. You have hundreds of managers, producers, and agents ready to check out your work at any given time, which is quite impressive.

The above websites are all not necessarily free. For example, to use IMDBPro, it’s $19.99 a month, which is about $150 a year. The service does let you try a 30-day free trial to see if it’s worthwhile to you. Stage 32 costs $49 a month, which is nearly $600 a year. Sometimes the service discounts their monthly plans to $39 per month, but you’re still looking at shelling out nearly $500 a year.

It’s up to you if you’d rather pay extra for a service like this or go the free route. As we wrote about in that blog post on submitting your script for 2020, there are free services like the BBC Writer’s Room to use. However, a limited amount of genres are accepted, and some screenwriters who have gotten deep into the process say it might not be the best option for getting a screenplay accepted.

If you’re a high-risk, high-reward type, you can also send your work along unsolicited.

It’s better if you have some sort of connection with a producer or director, as they may be willing to give your screenplay a look.

Lots of people send their work in blind every day, and most of those scripts end up in the trash. Well, that is, if the email platform didn’t send them to the spam filter first.

Going the unsolicited route can work at times, but you need to know what you’re doing to be successful. There’s a fine line to tread between finding a diamond in the rough and being overbearing.

If you’ve yet to get a manager or agent, you can dedicate your energies to researching places to submit your script, even if it’s unsolicited. It’s important you go through these channels rather than just randomly sending scripts left and right, though.

That’s because, according to law resource Greenberg Glusker, many film and television studios create strict policies on the acceptance of unsolicited work.

By restricting the submissions of unsolicited screenplays, these studios can prevent themselves from being inundated. Also, they have more time to read through the screenplays they are interested in.

In tracking down a website or other official sources for submitting your work, you may have a higher chance of it being read. Unsolicited doesn’t always mean unwanted, but it can. You may face higher rates of rejection, so tread carefully.

So you want to submit your screenplay to Hollywood with the hopes of it being made into a film or TV show.

You have plenty of options for doing this, with it recommended you find an agent/manager first and foremost. You can also try websites for pitching to producers and directors, join a few fellowships, or go the unsolicited route.

Explore your options, be resilient, and keep working hard. Before you know it, you may finally have a Hollywood producer or director asking to make your screenplay into a movie!

What other ways are there to break into Hollywood you know of?

What ever your answer is leave it in the comments below.