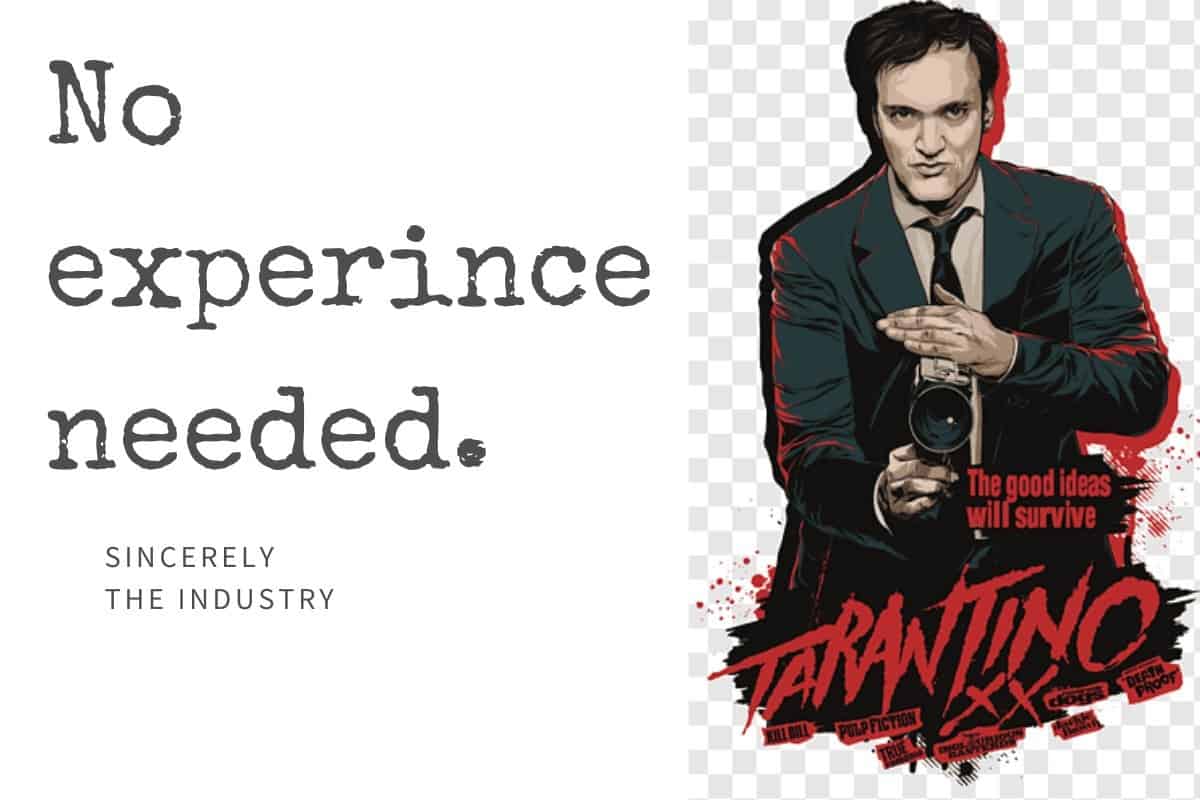 No one wants to hire a screenwriter with no experience.

But the best thing about becoming a screenwriter is you don’t need to get hired to write a script.

Also, once you’ve written a screenplay that’s good enough, you will get hired. Hollywood is thirsty for good writers. But how?

Now, below we have a few insider tricks to shave years of this process.

Gain the Knowlege to write a screenplay

Let me guess you have an idea. Right?

An Idea that you think would be great to turn into the next big horror, comedy or thriller film.

First you need to know the process of creating this script. Let’s start with:

A logline is one to two sentence summary of your script stating the characters and the conflict of the story to intense interest in reading your script.

Writing one is the first step to creating your screenplay because, with no experience, it’s better to start writing a script with a full picture of your story.

some popular ones are:

Star Wars (1977) – Luke Skywalker, a spirited farm boy, joins rebel forces to save Princess Leia from the evil Darth Vader, and the galaxy from the Empire’s planet-destroying Death Star.

Paranormal Activity (2009) – After moving into a suburban home, a couple becomes increasingly disturbed by a nightly demonic presence.

Mad Max (1979) – A vengeful Australian policeman sets out to avenge his partner, his wife, and his son whom were murdered by a motorcycle gang in retaliation for the death of their leader.

You have to learn how to write a logline not just to sell your script but to truly understand the story you’re about to write.

Think of a logline as the shorted version of your story.

It’s essential to learn what a three-act structure is, even if you don’t plan on using one.

learning this will put you lightyears ahead of the learning curve.

Most people don’t understand story structure. This is what truly holds back their ideas.

Outlining is planing out your screenplay step by step.

This is probably the most important step for writing a screenplay especially if you have zero experience.

Well, if you have a solid plan for your story’s direction, you don’t have to think about what to write next when writing. Doing this can lead to wasting time.

If you want some good examples of outlines, click here.

Knowing the common pitfalls of a screenplay is one of the best ways to start writing.

Don’t be the writer that didn’t know the proper way to write an action line. And that being the reason someone didn’t even finish reading your screenplay.

After learning the basics above, its time to write your first draft.

This is the most exciting part but also the hardest.

People often start writing a screenplay with a lot of energy, stopping short because they’ve lost drive or worse, confused about the story.

That’s why outlining is so important.

One tip I can give you about writing your first draft is not to correct as your writing. Just write it. Don’t ever look back, just finish it.

One thing I did when writing my first short was to try to correct the mistakes in dialogue, action lines, and even misspellings when writing.

This was a huge mistake.

Taking something that should have taken weeks now takes months. Combine that with humans’ natural ability to procrastinate, and it’s over.

Get Feedback From Your Script

When you finish, of course, you want to go back and edit your material to the best of your knowledge.

But after that, you want to get feedback.

Well, not your mom.

Professionals mostly. But how do you find them? I’ve seen a service you can check out here.

But yea, it’s essential to get feedback because other people, especially professionals, will catch things that you will flat out miss—holes in the plot and character that will stop you from selling your script.

I just recently received professional advice for my short scripts and found out one of my characters was useless.

It hurt to here but getting that professional advice after the first draft saves me time.

Trust me just do it.

Now its time for the hard part.

A professional screenwriter who I just finished talking to wrote 13 drafts for his short.

What does this tell you about your script as someone with no experience?

Write it again and get feedback, then keep repeating the process until the input becomes more positive than negative.

In this post, we covered how to write a film with no experience.

Giving you the barebones information you would need to get started. Which include:

Following this process with your first three scripts will jump you a level of screenwriting that other people think there at just with their idea.

For a more in-depth look at the interworking of writing a screenplay, including characters plot dialogue exact, please check out my how to write a screenplay for a film post here.

How much experience do you have?

What part of the process are you currently in?

Whatever your answer is let’s talk about it in the comments below.