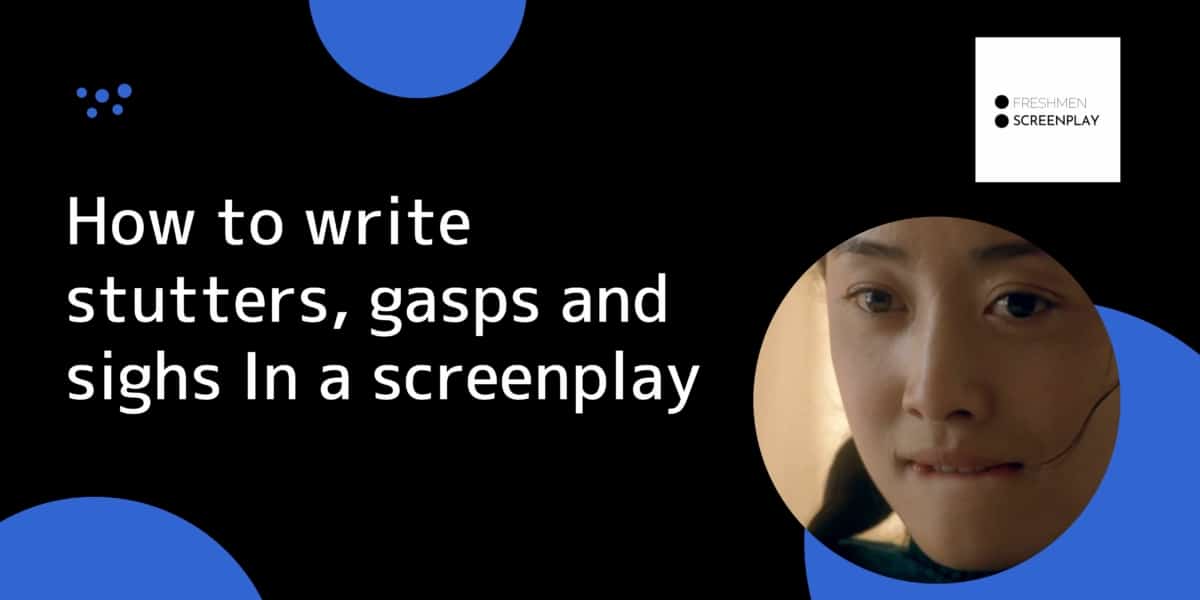 In dialogue, there are little nuances best shown on camera through feeling and improvisation. But how do you explain these things in a script beforehand?

How would you express emotional language like stutters, gasps, and sighs in a script?

Keep reading to find out.

How Do You Write a Stutter in a Screenplay?

You write a stutter in a screenplay by indicating the stutter using dashes or an ellipse.

Try not to overdo it as I did in the example above.

Alternatively, you can indicate that your character has a stuttering problem before speaking in narration, internal monologue, or in a conversation between other characters.

How Do You Write a Gasp in a Screenplay?

You write a Gasp in a screenplay by describing the character’s emotion during the moment.

These are both examples where the actor would give a gasp-like response. It’s all in how you describe it in your action lines.

One point to remember the more you do this, the less important it becomes to the reader. In screenwriting, using something sparingly gives it more power.

How Do You Write a Sigh in a Screenplay?

You write a sigh in a script by writing the word sigh in a parenthetical or an action line.

Why You Shouldn’t Write Emotional Cues in Screenplays

Generally, it would be best if you didn’t write anything like this into a screenplay because, at this point, you’re directing actors. The script is supposed to be about the story, not about the micro-actions of the actors.

Any producers who see directions like this will typically stop reading. Writing micro-actions like these are considered the work of an amateur writer.

The only time it’s acceptable to write this is if you are a writer-director. An example is a movie on Netflix called Malcolm and Marie by writer-director Sam Levinson. In the script, he wrote this:

He wasn’t only the writer and director but the producer. So he wrote every detail as he saw it: every single sigh, gasp, and stutter.

What did you learn from this post that you didn’t already know?

How often do you plan on using these fillers?

Whatever your answers are let’s hear them in the comments.

How do you write a stutter, gasp, and sighs in a screenplay?
Posted in Formating Help By K.D.WilsonPosted on
Script Audio Notes