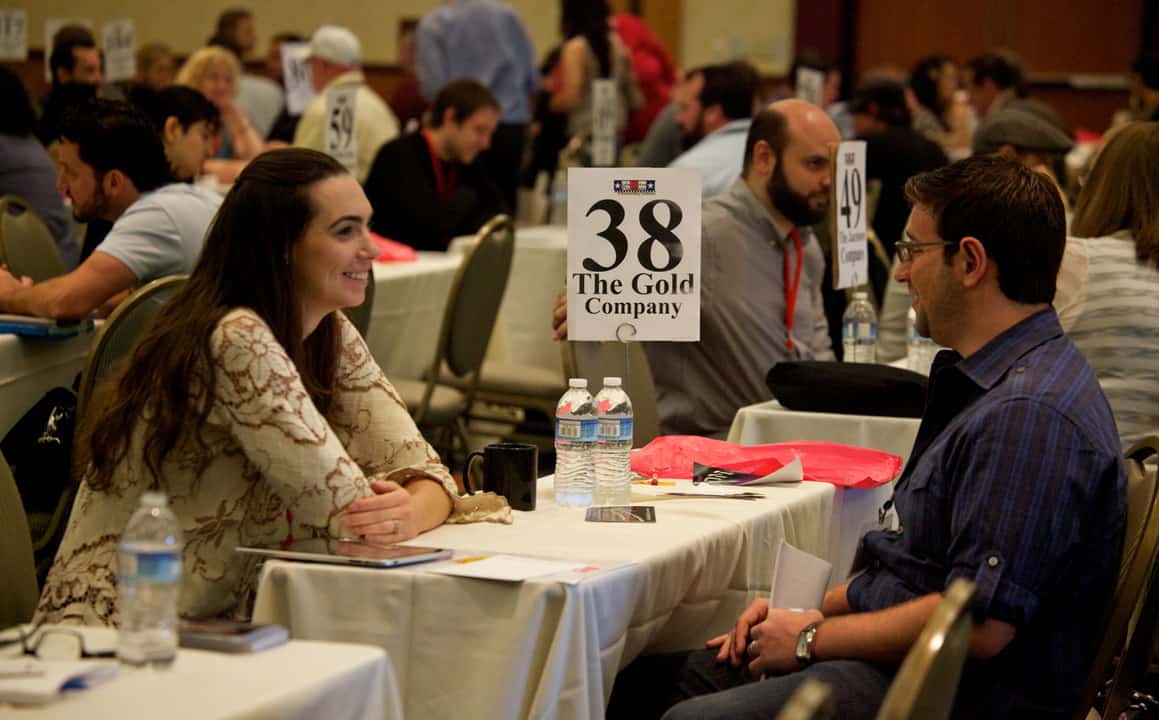 So you’re a writer who has an excellent script for the next big TV show or movie. Not an idea but a worked out written piece of art. Now you’re ready for the next step, which is your screenplay read. Read by someone who can move the needle. That can advise you, on the pitfalls in your script and connecting you with financiers. This issue is more of a challenge than writing it. Trust me.

How do I get my Screenplay Read by producers and agents? You can get your screenplay read by these people in three ways networking, screenplay competitions, and Online script submission platforms.

Now you know the answer the next question is where and how to do this? We’ve got the answer for you below.

I’ve laid it out the most effective ways to get your script not only read but produced. With networking being the hardest to the idiot proof way

Have a Killer Script

Yes, you can write but so can your competition. Others understand structure plot and characters just as you. So you can’t write a good script it has to be a great script.

Being good is not enough for success. A hybrid of originality and high concept will get you noticed. Doing this will make the rest of the steps listed easier if it’s hard its because your script isn’t great yet.

I’ve written a separate post on what makes a good script. Take a look to make sure you’re on track.

Networking is the hardest; there’s no straight forward path to success. But with this being the most challenging method comes the biggest payoff. Meeting People in the right circles get things done quickly.

Attend more events. I know as a screenwriter your use to being cooped up in your room for hours on end, but to create the relationships, to succeed you need to mingle. Expanding your network is the best way to garner attention.

Quintin Tarantino, one of my favorite writer success stories, got his start through networking. He passed his script to someone who gave it to someone else who knew Harvey Keitel. One thing to note the text was Reservoir Dogs. In other words, your writing has to be dynamite for this to work. You should have already had a couple of script readers go through it and find all the kinks. If not you will look like an amateur.

Don’t go to screenwriter network events. These places are full of screenwriters looking to pitch screenplays. I’ve heard a tale by a former agent that they stopped going to those things after his first six months as a new agent. Most investors look where no one else is watching — the most undervalued places. So you should go to events for directors, actors, and producers instead.

A quick google search will find you the right circles of these people.

Think by going to these events you will stand out from the crowd and you won’t be in direct competition with any other writers. People there will be interested in what you have to say seeing as there are always people looking for suitable material.

Film festivals are some of the most significant networking events in the world with thousands of companies promoting and selling their films. Don’t be shy just try.

Finding a literary agent is one of the best ways to get your script in the right hands. The great news is they are work like salespeople meaning you get paid if they do. 10% is the fee for them selling your work. The best ones just like casting agents have a Rolodex full of the right people meaning producers and directors.

The bad news is they are hard to get. You have to be one exceptional writer for an agent to contact you. They have to see dollar signs. The only way to do this is to have a killer script.

They tend to be more offhand leaving you to your own devices so it almost seems as if your partner with a ghost which can be a good or bad thing depending on how you prefer to work.

This group of people functions a little differently than agents, and because of this, they take about 15% percent. They also can double as a producer on your project that gives them residuals. The good news is they usually have a smaller client base giving you more individual attention and help build your career day-to-day. Keep in mind, unlike agents they are prohibited from negotiating deals.

Choosing an agent or a manager depends on the type of writer you are. Some people go with both if you don’t mind giving up 25% of your earnings.

The contest is a great place to not only show off your work but to connect with the right people to get a sale. There are only three things that make a contest worth entering. I listed them below.

Remember I have a list of all the best competition you should consider entering in a previous blog post here.

By far the most popular place is the Nicholl Fellowship run by the academy themselves. Not just for any reason, it’s because of the networking potential associated with winning. Take a look at the committee, its filled with industry professionals who have all had there shine or continue to shine in Hollywood. All well-connected people that all agree your writing is worth reading.

Most if not all the writers who participated in the winning have gone on to make feature-length films, Novels, TV writers and directors.

This article is about getting your script in the right hands, but the prize money is one of the reasons to enter a competition and one of the qualifications of a good one. The Nicholl contest is a fellowship meaning they will pay you to write. $35,000 to be exact.

If you don’t win, you can still get feedback. Feedback will let you know why your script isn’t up to par. Giving you an insight on fixing your flaws as a writer. I’ve seen writers re-enter a screenplay to the same competition making it better and better as time goes one.

Use the script notes and make adjustments to perfect your writing. This way will make your script even more enticing to producers.

Watch out for scams

If you’re looking for a screenwriter competition to enter, be aware of the scams. Failed filmmakers tend to start screenwriting contests that have no links to producers or agents. They don’t mean anything to the future of your career. You can tell by the prizes that they offer for winners; it’s usually shallow. Take a look at the contest that is worth there weight here.

Submit Your Script to Online Platforms

Online platforms are the 2019 way of getting noticed by industry professionals. By far it is the easiest. It involves signing up for the service paying a moderate amount of money and collecting results. The pay to play way is so simple alot of people do it resulting in massive competition than any other oportunity on this list.

Remember before listing a script anywhere its suggested that you register with the WGA (Writers Guild of America) as an extra layer of protection.Let’s go over the four most legit online screenwriting platforms out there. They are as follows:

This platform allows producers to connect with screenwriters by posting scripts in a database for industry professionals to read and look through.

As a big selling point, 375 scripts have been sold and turned into movies so far on the platform. Some include Murder on the 13th Floor starring Tessa Thompson and Sean Patrick Thomas. Also, Hickok starring Luke Hemsworth Cameron Richardson and Kris Kristofferson.

With signing up for the service, you’ll get a listing of all the recent requests for screenplays from studios with the studio name, budget and much more. With this information, your armed with Hollywood trends and interest. Be careful with this if you don’t know anything about westerns don’t write a western your just going to b waisting the studios time and yours. Never put out junk

A four-month subscription for one script will cost you $60.00. The price drops if you list more than one. Inktip will upsell you another $40.00 to put your logline in their newsletter which goes out to everyone including industry professionals.

Here agents, managers, and producers fight for the best talent they can find. The blacklist is probably the most popular of all the ones on this listed. Why? Because your script gets scored giving people more of an insight into the best talent on the site with an eight considered a good score.

When your script gets looked at and downloaded, you will receive notification of it. at the end of the year, The Black List compiles notes from 250 film executives; If you make the list, it serves as bragging rights and a huge selling point for pitching your script. Think if 250 of Hollywoods executives all think your script is worth a look or even a second look that social proof carries.

To note a lot of these scripts that make these lists have agents already associated with the works. Agents campaign for there writer to get a spot on the list for a possible sale. Its harder for undiscovered writers to get there place but it has been done with an eight score.

You get rated by paying for an evaluation on their site from a staff member running you $75.00 the monthly fee will cost you $30.00.

Spec Scout is my favorite platform for getting attention. It’s sleek sophisticated and straightforward at the same time. After you send your script into the service its read and reviewed by three industry professionals giving you 8-10 pages of notes of detailed comments on your work. If you receive a score of 75 or above, you receive a scouted rating and is logged in there a database for free forever.

Stage 32 is an education platform that meets LinkedIn for Filmmakers. You can upload your script here and network with actors directors and producers at the same time. Unlike the other sites on this list, there is no promise or even success stories of people getting spec sales. It’s more of an education and collaboration platform. So if you’re into networking but suck face to face online and not in person you can do so here.

Having an account is totally free, and the best news is you can pitch straight to producers from the website via Skype. It will cost you $35.00, but in my opinion, it’s well worth it getting real industry experience from people who work with universal and Netflix. I think this is the most undervalued website on this list.

Are These Sites Worth the Money?

The answer to this depends on the purpose of use. I personally used these sites to get better in screenwriting. The notes and scores give me great advice for my second drafts. And at this point is when I can ween my senses to see if I’m on the right path or if I need to start over.

These are the top ways to get your script ready by producer actors and agents with the cheapest way being pay to play sites and the hardest method being networking events.

What I’ve noticed is all of the methods listed can give you the clout to get to the next stage which is getting signed by an agent. Agents though not necessary give you the confidence knowing that someone with connections to these producers believes in your work so much they are willing to work for free.