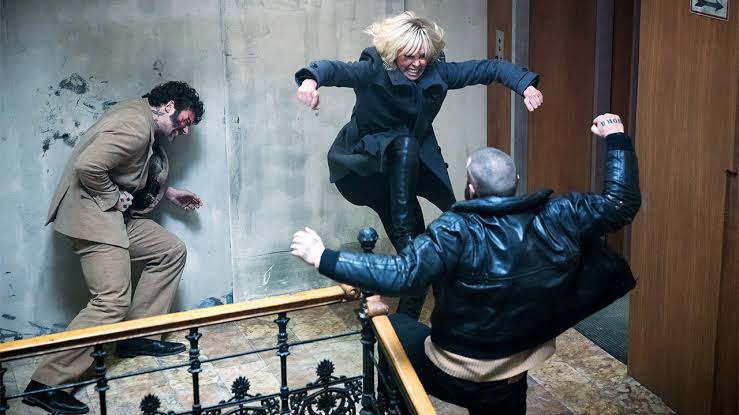 If you’re like me, you love action movies. But being a screenwriter sometimes its hard to write your action on paper. Especially that epic ending fight scene. Some films that have a lot of fighting are:

I am just naming a few. Those scripts are available for viewing at the end of this post. But I’ve picked these films in particular because one involves sword fighting, one includes martial arts or fist fighting and the last one is a mix between guns, knives and martial arts.

Throughout this post, we will analyze each of the techniques used by these scripts. To prove some fundamental truths about how all fights scenes should be written.

Do you Need a Fight Scene?

The purpose of a fight scene is the same for any scene to further the plot. So if you’re writing a fight scene for the heck of it. Take it out. It’s not necessary. Taking out scenes can be hard, especially for newer writers but to get to the next level, you must get good at:

Take out any and everything that isn’t necessary for the story to happen. Fights scenes are one of them. Too many times we’ve seen characters doing things going places that make us as audience members say

“what? why would they do that.”

Don’t be that type of writer. The type forcing your characters into situations, ideas, actions, and fights them as a character you know wouldn’t do. I did this many times during my first script, and it was fun, but the story suffered because of it. If your struggling with this asks yourself the following questions:

Why are my characters fighting?
Why are they fighting now?

Maintaining these questions in your head during your writing process can prevent poor writing choices. Now once you’ve answered in detail these two questions, please move to the next part of the post.

Your, not the director

One thing to remember is unless you are the writer-director of your film. Some action lines could be interpreted differently than how you write them. Very rarely are writers words taken line for line and performed to the “T.” Even if the director attempts to do so, something will always change. Remember producers have a say in the final version of the film too.

Things like this happen in collaborative environments all the time. That’s why when I see a film on the big screen, I never blame the writer if it’s terrible. Most likely, what they wrote isn’t exactly what appears. Once you’ve handed the script to the producer, it’s over. Just be happy your film is being made, and you got a nice chunk of change coming your way.

Of course, this will change once you get to Aaron Sworkin status until then. Live with it.

On the other hand, reading, this might be a sigh of relief as well. Maybe you’ve never been in a street fight, or gun battle god forbid. So every little detail of how a grenade sounds or an M16 fires you might struggle with. So knowing its not your job to create it correctly, can take the pressure off.

Improving your characters Though Fights

Now that we’ve gotten the hard part out the way.

You’ve determined you need to write this fight scene and you understand that your words might be interpreted differently by the director. Let’s narrow the field with how characters evolve during fight scenes.

Answer these questions before writing:

What will your character win by winning? What will he lose by losing?
Think about the high steaks of the fight on both sides. Knowing the effect of the outcome will have on your characters will help you determine what the character is willing to do and what they aren’t.

Each action a character takes reveals more of the truth of who they are not just in a fight scene but throughout the whole script. If your character is strangling a person think about what that says to the audience as opposed to a gunshot to the head, especially if he or she has the option.

Analyze each beat of the fight. Does he duck down behind the car, or does he scramble to the street? These choices are entirely up to you. But remember each action says something about your character.

What is a Beat in a Screenplay?

Use all your Senses

Most screenwriters forget they have the same power a novelist has when writing. Maybe not to the point of every detail, but they can use some of a novel writers skill to create a real world for the reader. One way to do this in fight scenes is by using the senses.

During a fight, describe what your character is doing and feeling based on their senses. What can we see? What can the character see? What do we hear?

You might end up cutting some of these lines later as I will explain but get them all out on your script first.

Use Emotion during the Fight

What does emotion have to do with it? Good question

In a screenplay, even with the tricks, we teach you in this post It’s still not the finished product there just words on a page. But adding emotion in the fight can be a great way of letting your reader understand how important the fight is to your characters, and adding drama the essence of any story.

Know When to Stop the Fight

Every fight doesn’t have to end in death or with a winner. This isn’t mortal combat. But after answering the questions asked above, you should already have a reason for the fight. Stopping a fight has the ability to building tension.

Tension gives suspense, and this makes for a fascinating fight scene.
Like when Neo from the matrix decides not to run and fight Agent Smith for the first time.

One of the best examples of this is Kill bill when the Bride played by Uma Thurman is fighting one of Bill’s Assasins played by Vivica A Fox.

There are two times this fight stops or at least slows its pace. The first is when they brought out the knives. Why did the fight slow down at this point?

You now know as the audience how far they are willing to go. And if you know anything about this movie, this was the first fight to take place in the whole film. So maybe the audience didn’t even know how far they would go and now they do.

The second point where the fight came to a halt is when her daughter came into the house. Stopping it here is ironic as you can hear because the Bride, so far as we know, would have had a child her age but that was stopped by Vivica foxes character.

This little back and forth dialogue adds to even more tension because you know there fight far from over even though they seem to relax.

Ask yourself, does my fight scene end when someone dies with nonstop action? If so, why? In every scene, you need to further the plot and create drama think of how your fight scene can do that.

How to Write Sound

When writing any action yet alone fight scenes, you going break things. People are going to crash into stuff etc. The question is, how do I show this in words. Let’s explore some favorite creative ways screenwriters have demonstrated action.

As you can see from the examples in the script, these sounds aren’t overused if used at all. And it’s for a reason. If I wanted to read a comic book, ill contact Stan Lee may god rest his soul. We are screenwriters it’s a lot more complicated than that. We use devices from all mediums to tell a complete story. So basically be frugal with your sound effects.

Sound effects like the first time you see a character appear are capitalized seeing a word like this every three words can be a bit too much.

A lot of writers forget to do this during the scene. Sometimes when writing, you’re in your head, and you can lose your reader very quickly. Questions like:

Questions like this are prevalent when writing your first fight scene. To avoid this, take advantage of sluglines.

How to Write a Scene Heading

There great to reposition where everyone is in the fight scene.

Ok, so lets now see an example of this in real life. Take a look at how famed screenwriter.

Overwrite, and then edit down

There are two types of writers in the beginning — writers who write to much action and writers who write too much dialogue. In my opinion, each of these types has there strengths and weaknesses. But whichever writing you do. Remember, sparseness is the key.

What is spareness? Scarcity.

Writing just enough for the reader to know what’s going on and want more. Any more and you’re wasting their time any less, and they have no idea what’s happening.

When we were young, the way we were taught to write book reports is to write three examples to back up your point. In screenwriting, you write no examples. Just write your point and let the reader imagine the examples.

In the opening scene of Logan, every punch isn’t written every movement doesn’t have a line of its own. But you are given just enough to understand who Wolverine is at this moment in his life. And like said before the fight shows his values and his needs in his current situation.

Read the script below carefully, then watch the final version. Try to see how they used the writers scare words to create a feel for the character.

My analysis is Logan; the character is a drunk, actually a lazy drunk. When the fight begins, hes out of practice. What does he want? To protect the limo. It isn’t clear why at this point but guessing from his outfit he’s the driver. During the fight hes full of rage, no technical fighting ability at least not anymore.

The director and Jackman use the lines:

“This is real work for Logan, not easy. And it is fueled by rage.”

To describe the whole feeling of a fighter who is past his prime with skill and only cares about getting to tomorrow.

Showing one line in a fight scene can be as powerful as 3 minutes of fighting.

But how do you do this?

One tip is to write out the fight scene entirely in as much detail as possible. Then take out what the reader can assume.

Saying someone is intoxicated can replace sentences using words like “stumbles” and “blurred vision.” Unless you’re trying to descript how drunk someone is, it’s a balancing act but treat the reader as if they are your colleague, not a 5th grader.

The importance of reading example screenplays is something I preach over and over throughout post on this site. And there is no replacement for it. Take a look below at some great movie scripts known to be action masterpieces on screen.

Now all these techniques explained in this post aren’t necessary for you to complete your fight scene. Sometimes you might not need to show as much emotion etc. But all these points are tools you can use.