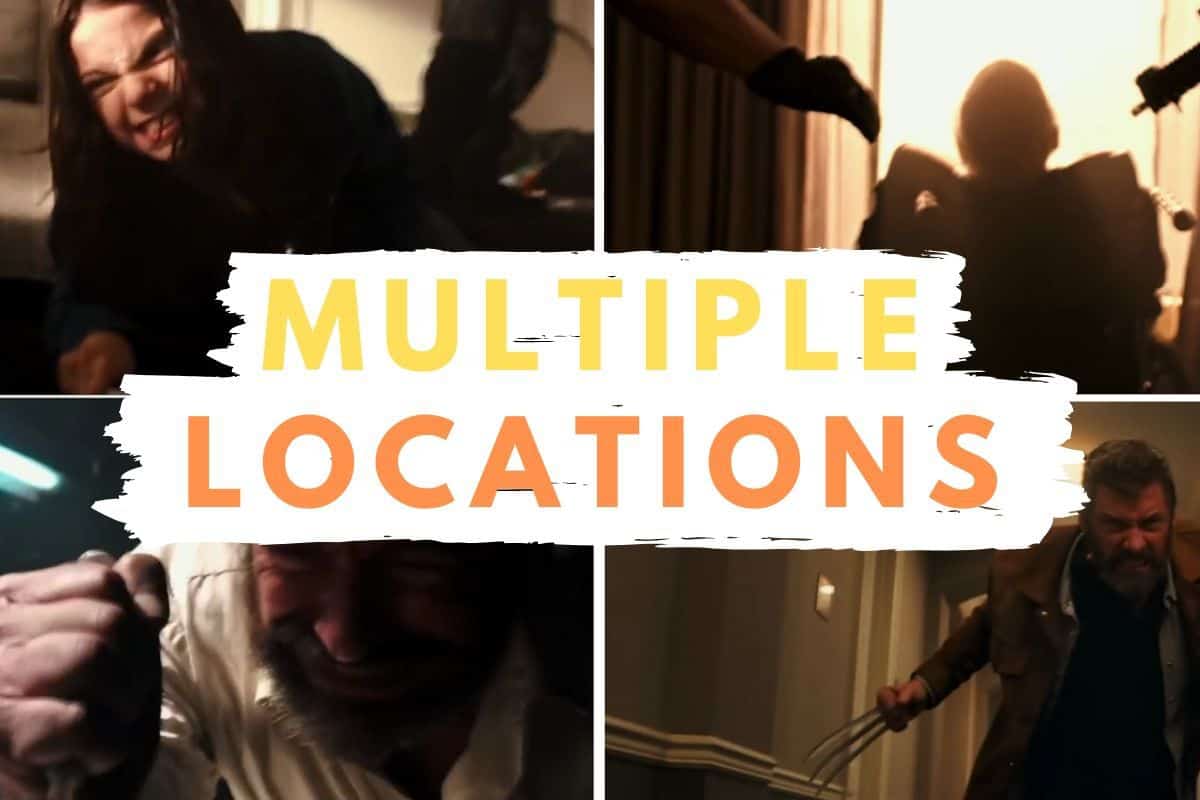 In every movie, there’s always a scene where many things are happing at once.

Not really a montage, but say if someone is talking to another person in the other room. Or someone is looking for someone else in a crowd of people.

You want both locations and both people to be established but how do you do this? Good question.

Robert
Do you hear that?

Tiffany
She’s going I don’t care what she says.

In this example, both locations are established with the proper scene heading before shortening them. The heading to a mear location. Doing this keeps a good flow for the reader and stops them from reading scene heading that can sometimes take up a lot of space.

Another thing to note is when writing a scene with multiple locations to remember that if it’s your first time writing this location you should never skip the location description.

The above example is written as if the reader has already visualized Lisa’s room and the dining room. If not its perfectly fine to write the descriptions and then follow this format.

Yes, there are many ways to format something in a script. And writing multiple locations in one scene is no different. Each one has its advantages and disadvantages lets look at all of them and see which one is best for your situation.

I use (CUT TO:) often to change locations in a scene. I found it scrolling through professional screenwriter John August’s blog. Let’s look at an example of how to use this from one of my scripts.

See how I established the scene heading “BOOTH” at the end of the cut, to establish were now back at the table we were at previously. Generally, you want to use (BACK TO:). But some indication that we are not in that location anymore is the only thing needed.

(CUT TO:) is great for quick glances between locations. I wouldn’t use (CUT TO:) if I was going back and forth repetitively over and over. That would look strange to the reader.

(CUT TO:) is often used to establish that we are looking at something different. And gives the screenwriter a little direction power. But if overused you will look as if you’re trying to direct the movie, which can look amateurish.

(CUT TO:) can sometimes be confused as a camera shot. But using it you’re not openly telling the director what angle your shooting at. But just informing the reader that we are witnessing something new at this particular point in time.

I don’t see (Italicize) used as much for this but it’s often used as a way of giving someone a slight impression of a change.

Maybe your not changing rooms or even locations in the same room but just locations at a table. Not enough to just write it out but something you want to emphasize.

The back to scene indication isn’t even needed in this example but it can’t hurt. Again the (Italicize) gives the reader an indication something new is happening.

(CONTINUOUS) can be perceived as the action a character was doing before is still happening. Say for example your character is folding clothes as you cut away to another room or all-new location altogether.

When you cut back using (CONTINUOUS) it will make the reader thing your character is still folding. Let’s return to our first example so you can see the difference.

Robert
Do you hear that?

Tiffany
She’s going I don’t care what she says.

The pint of formatting different locations in a scene is for the reader not to get confused. You can see from the different ways each one may portray a different feeling but generally, you can use anyone for any situation.

But I suggest using the first one given at the top of this article. That’s the most commonly used one.

The Pros of Write a Scene with Multiple Locations

Writing a scene with multiple locations gives you the ability to give more information faster to the reader. And for the reader to view your script as if they are watching the movie. It is not something to be done just because it looks good.

The Cons of Write a Scene with Multiple Locations

Camera direction is a problem with first-time writers. They often envision a movie a certain way and want to impose that vision on to the production team. If that’s your purpose you shouldn’t use this technique. Overuse of this can seem like that’s your intention even if it’s not. So if you do use it do it with purpose.

So in this post, we not only give you the solution for multiple location writing in a scene but also given you some variations using different examples. For more formating help please check out the link below for all formatting articles.

How to Write a Scene with Multiple Locations (Examples)
Posted in Formating Help By K.D.WilsonPosted on February 8, 2020May 9, 2020