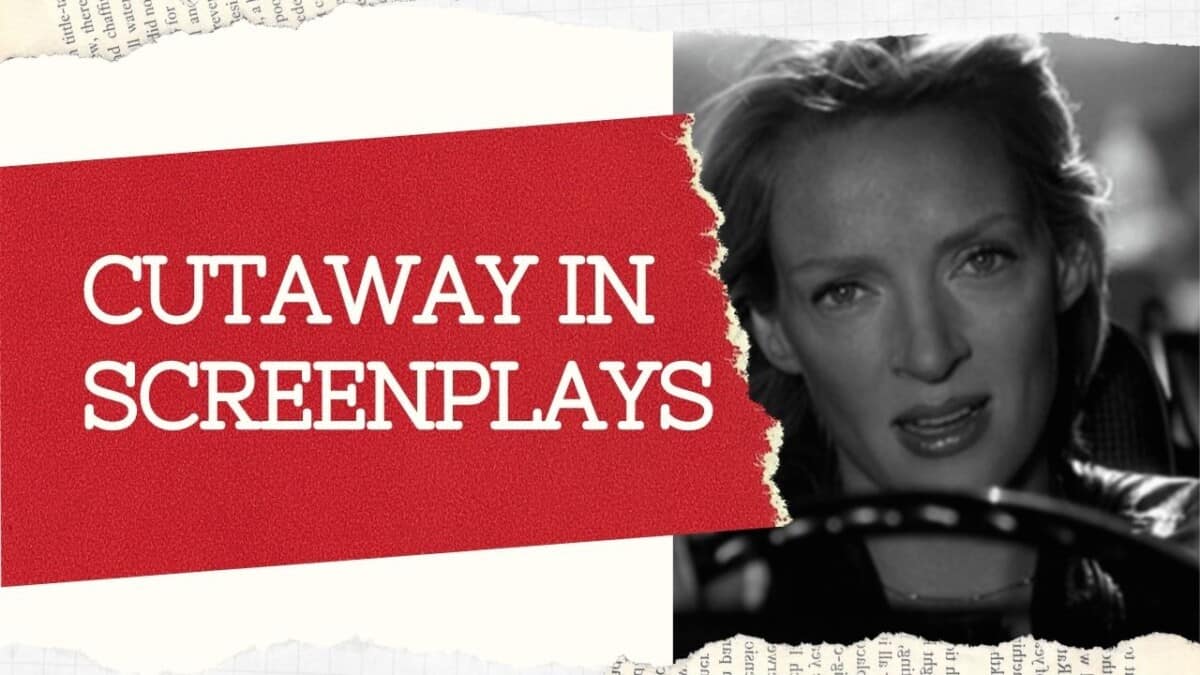 A cutaway is a mini scene in screenplays that cuts from the main action to a short scene or detail that gives information to change the perspective of the main action for the reader.

How do you write one?

In the example above, you can see that CUT TO: and BACK TO: show how short the image in the middle is. We use this when what we are cutting away to is quick. Any longer than a couple of lines, it might as well be its own scene.

But what about if the cutaway was happening in the same room? Or it was in the middle of an action scene. Keep reading to find out.

Multiple ways to Write a Cutaway in a Screenplay

Remember, screenwriting format is a set of guidelines and change with the decade. So there are a lot of acceptable formats for this technique. In this section, we will discuss every single one.

They are generally used for quick cutaways, only a couple of seconds happening in the same location. This version requires no scene heading because the insert is the heading.

These are also done for technology like viewing text messages and computer screens.

There are several ways to do a close-up in a script, but you would write it just like an insert for a cutaway.

So you’re creating an action scene, and multiple things are going on at once. Instead of writing many CUT TO:’s and INSERTS, you can use the new shot as its own mini-scene heading.

I didn’t finish this example, but you get the point. Every time we cut away to a new place, we use that new place as a mini-scene heading.

Examples of Cutaways from Professional Screenplays

Below are two examples of cutaways. I like these examples because they use them multiple times to show progressions in time before a “cut back.”

Now time for the second example.

The only reason to Cutaway in a Screenplay

In screenwriting, whatever you write has to be necessary to the story. So ask yourself:

“What information is the reader getting with this cutaway?”

“Will the script still work without the information given?”

If you have a legit answer for the first question and a firm “No” for the second answer, then write it. Remember, the point is to translate information, not be stylish.

In what ways have you seen cutaways done in the past?

One thought on “How to Write a Cutaway in a Screenplay”