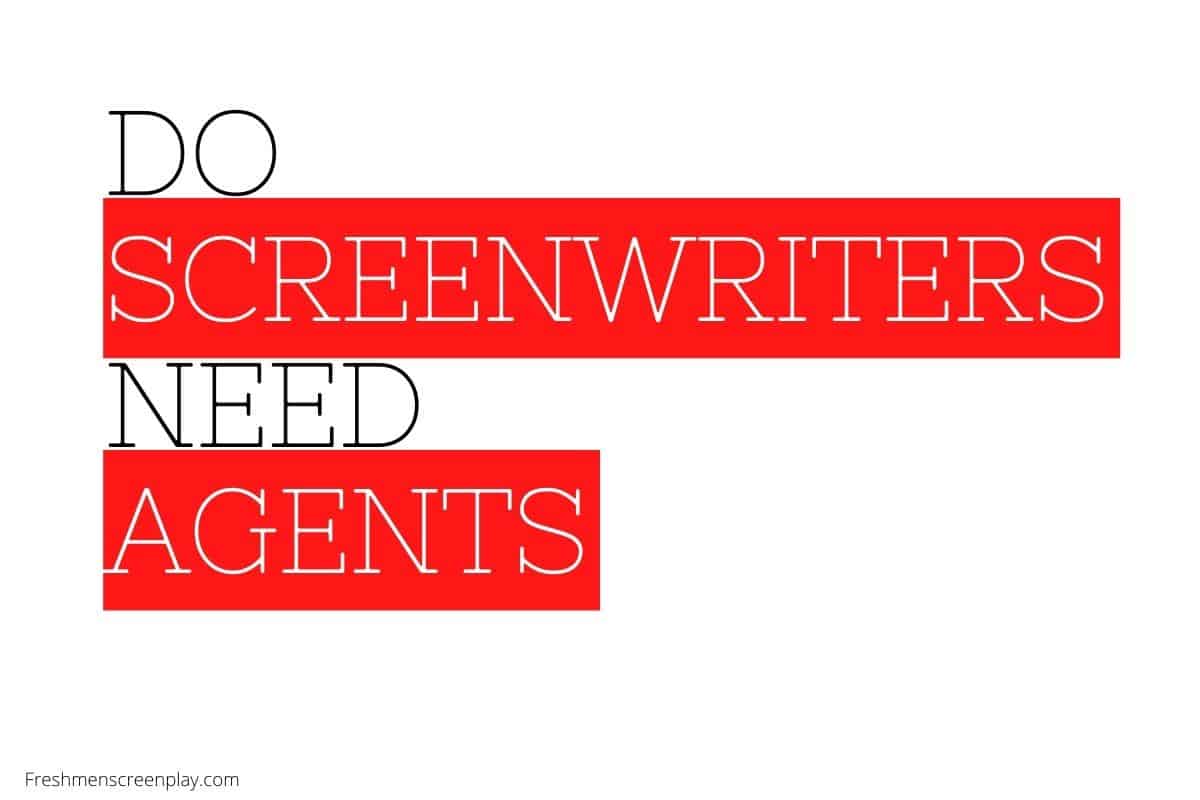 Today you’re going to learn the truth when it comes to agents for your screenwriting career.

As writers, we are most creatives, not business people.

Some people believe in today’s market, having an agent is the only way to get your talent noticed.

Some think If your writing is good enough people will find you.

Do screenwriters need agents? No, screenwriters don’t need agents to negotiate deals, sell a script, launch a career, or obtain connections. But, having an agent will make doing all these things easier.

Let’s break down all the reasons why writing agents art is essential and give some reasons why you might consider getting one.

Like I mentioned in the above statement. Yes, movie writers don’t need agents to sell their scripts.

Because the job of an agent is to function as an intermediary between Hollywood production companies and screenwriters.

If you are a person who likes going to parties talking with people, and networking. Then maybe you don’t need one.

You can Sell Your Script Yourself

Yes, there is no rule that you have to have an agent to sell your script for you.

You can defiantly send your script to production companies, producers or directors yourself.

There are plenty of ways I’ve even outlined on this site on how to do that. Check out places to submit your script for more information on that.

But, the facts are Hollywood is not a company.

It’s more like a collection of people in one area making movies together.

So you can essentially find and create your connections yourself.

You can start with your local screenwriter meet-ups and classes collecting emails and social contacts and keeping up with them for a couple of years to spread your network and make new friends.

Eventually, these people will land jobs in the industry and bring you along just because they like you most of the time.

This happened to me not too long ago.

I became good friends with a producer who just didn’t have the time to produce a new film someone wanted to make with him.

He remembered me from 6 months ago.

I wanted to produce some smaller budget projects to get more experience, so he reached out to me.

And boom, my first producer and director credit.

Your Writing Can Sell Itself

What do I mean by this?

If you’re an outstanding writer. Yes, your script can sell itself.

A producers assistant who reads the first five pages of your screenplay can’t put it down will give it to their boss, who then can’t put it down. Who will then reach out to their agent friend or producing partner who will call you to strike a deal?

This happens a lot using places like The blacklist to pitch your script.

Why Screenwriters Do Need Agents

Even if all your dreams can be possible without paying 10% to an agent. Some writers would rather have one.

The reasons why are below

Yes, there are still places you as a stand-alone screenwriter can get attention.

But most of the most prominent players won’t read anything you send them unless accompanied by a letterhead of an agent or manager.

Meaning they won’t read material by writers who aren’t represented by others.

Simple, it a way to prove that your script won’t just waste their time.

Producers read hundreds of scripts a year. Most are written by people without any training or practice in their craft.

They say things like “This is the next Harry Potter” etc.

Having an agent who believes in you, send a script or query theme-selves separates you from the novice writers.

You’re Not Good at Pitching

Just because you understand story doesn’t mean you’re good at pitching it.

It takes time to know how to use words vocal tone and read body language to keep someones attention.

What makes pitching for agents easier is they already have these things ingrained inside—bringing me to my next point.

Connections are essential to what Hollywood is.

Agents have built their connections over the years sometimes decades.

One thing that is having connections does for you is the ability to know what every producer is looking for.

For example, an agent might know this producer is looking for a new spin on a horror film. Someone that you can’t get to that quickly, they can communicate with one text message. Imagine having someone with that power going to bat for you every day.

Agents Can Direct You on What to Write

Agents always have it in their heads about what companies are looking for what material—one of the most valuable things you can have in this game.

For example, you write comedies and new-age films.

Your agent can say

“Hey John, stop writing your comedy and write that other idea you had for that teen drama. I pitched it to a producer over at universal, and they want to see the first draft in 6 weeks.”

You then switch your writing path, and now you have a potential sell one month from now. You would have never known because you don’t have as many connections.

You Can Focus on Writing

So for everything that we talked about so far, making and establishing connections with producers and production companies, pitching and even negotiating deals sounds like a full-time job.

That’s because it is.

By having an agent you can focus purely on writing.

Writing by itself is already stressful and time-consuming.

Say you write something based on what one producer says and that producer changes his or her mind.

“We’re going for this western now. But good luck”

You’re stuck and have no other companies you know would want you are writing.

Agents would have three other people who would want to read that material.

Think deeply about what your strengths and weaknesses are.

Are you an outgoing person?

Are you an introvert?

what are you willing to do?

What are you afraid to do?

Do I as a screenwriter need an agent?

The answer will depend on you as an individual and what your needs for your career are.

Are you planning on getting an agent? what do you think?

Please leave your opinion in the comments below.

One thought on “Do Screenwriters Need Agents?”