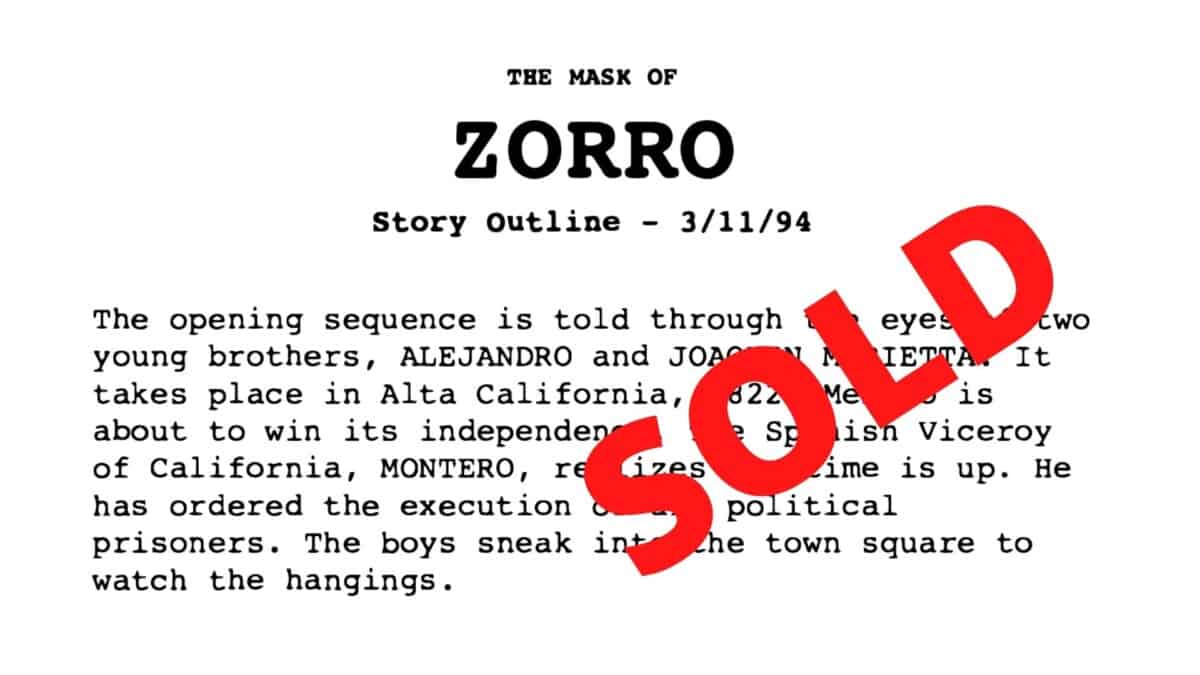 Were you aware that, besides the writing of your film or television script itself, you need to write a synopsis and treatment as well?

If this is the first you’ve heard of such a thing, you might be seeking more information. For instance, what’s the difference between a script synopsis and treatment?

A script synopsis is a short overview of your plot that could be used in part as a pitch to producers, managers, or agents. A script treatment is a longer overview of your script that’s often written before the script is completed.

In today’s post, I’ll further elaborate on the differences between a script synopsis and treatment. You’ll use both at some point, but I’ll talk about when you should choose one over the other.

I’ll even suggest which characters should be included in your script synopsis vs. treatment.

You’re definitely not going to want to miss it!

What is a Script Synopsis used for?

Okay, so before I jump into the differences between your script synopsis and treatment, I want you to be clear on the meanings of both. So let’s start with a script synopsis.

A synopsis is simply a compelling description of your screenplay that gets people excited about your work. You want to keep the synopsis about a page in length, which should give you enough space to get the bones of your story down on paper.

You want to have your story clearly laid out like the example below.

Synopses don’t solely exist in film and television. When you pick up a book and skim over those descriptive paragraphs on the back that tell you what you’re in for if you read the book, that’s a synopsis.

When writing your synopsis, use a voice and tone that’s as similar to your script as possible. That often means sticking to the third person and present tense.

You can even add some dialogue to your synopsis, but only a few lines. This is not the time to bust into your main character’s three-minute monologue, as that takes up too much valuable space.

Oh, and although you usually wouldn’t want to spoil the ending of your film or TV show to a viewer, your synopsis does have to wrap up your plotline.

What is a Script Treatment used for?

Next, I want to discuss a script or film treatment, as this is a different animal from a synopsis.

With a script treatment, often referred to just as a treatment, you get to go a lot more in-depth. After all, most treatments are 30 to 80 pages on A4 pages, so they’re by no means short.

What you need is..

Example of one is below.

Your treatment usually comes before the script is done.

In the treatment, you outline your entire script, but in story format. Like with your synopsis, you want to write in the present tense, including when describing your characters and the story itself.

Then, when you’re done with the treatment, you can see which characters are weak, which plotlines need reworking, and other elements you need to change.

Upon finessing your treatment, you can shop it around to agents, managers, and producers to potentially sell your project. You can learn how to do that here.

What Are the Differences Between a Script Synopsis and Treatment?

Okay, so now that I’ve laid out what a script synopsis and treatment are, I want to dive into the differences between these two pieces of writing.

After all, those differences are quite important, as knowing them will help you write stronger synopses and treatments.

1.) Treatments Are Longer Than Synopses

A logline is your shortest piece of writing related to your script, and the treatment is potentially the longest.

The synopsis is somewhere in between, as it’s longer than the sentence or two afforded to you by a logline, but it’s not 40 or 80 pages like a treatment.

Remember, a synopsis is a short but succinct description of your plot, main characters, and fictional world. It tells the whole story from beginning to end but in a breezy, brief, easy-to-read sort of way. Treatments give you more room to write, so they’re naturally longer.

That said, don’t feel like you have to write a 40-page treatment just because that’s what some other screenwriters do.

If your script is for a TV show rather than a movie, or if your movie is made-for-TV and shorter than average, then your treatment maybe 5 or 10 pages. Some treatments are only a page long, which would put them right on par with synopses.

For the most part though, it’s more common for your treatment to far out-lengthen your synopsis.

2.) You Can Go into a Lot More Detail with Your Treatment

The reason for that is due to the level of detail you get to use in a treatment. You can explore your story concept to the fullest, whereas with a synopsis, you get a few paragraphs, maybe a whole page, that can be dedicated to your concept.

You can also segment your script into acts, starting with the opening scene and writing act by act until you reach the end. If you end up adding dozens of pages to your treatment talking about each act, so be it.

In the synopsis, each act–if you even write the synopsis by act–needs to be short and tied neatly together with a bow.

3.) The Treatment Comes Before the Script Is Done, the Synopsis After

The third big difference between a script synopsis and treatment is when you write them. Usually, you start with a treatment. As I said before, you might craft the treatment before your script is even done.

Your treatment can, at least initially, be a good chance to throw some ideas at the wall and see what sticks. By the time you’re done writing it, you can determine if you should keep some characters or cut some out.

You can also strengthen that weak middle act and remove any lingering plot holes. Then, by the time you write your script, you’ll feel much more confident in your story.

Since your synopsis needs to cover your script from beginning to end, you can’t really write it until your script is finished. Thus, the synopsis tends to come much later in the screenwriting process.

Did you understand all the differences?

What did I miss?

Which one are you writing now?

Whatever your answer is lets see it in the comments below.

Script Synopsis and Treatment: The Differences + Everything Else You Need to Know
Posted in How to Guides By D.K.WilsonPosted on September 17, 2020September 17, 2020Tagged script synopsis, script treatment