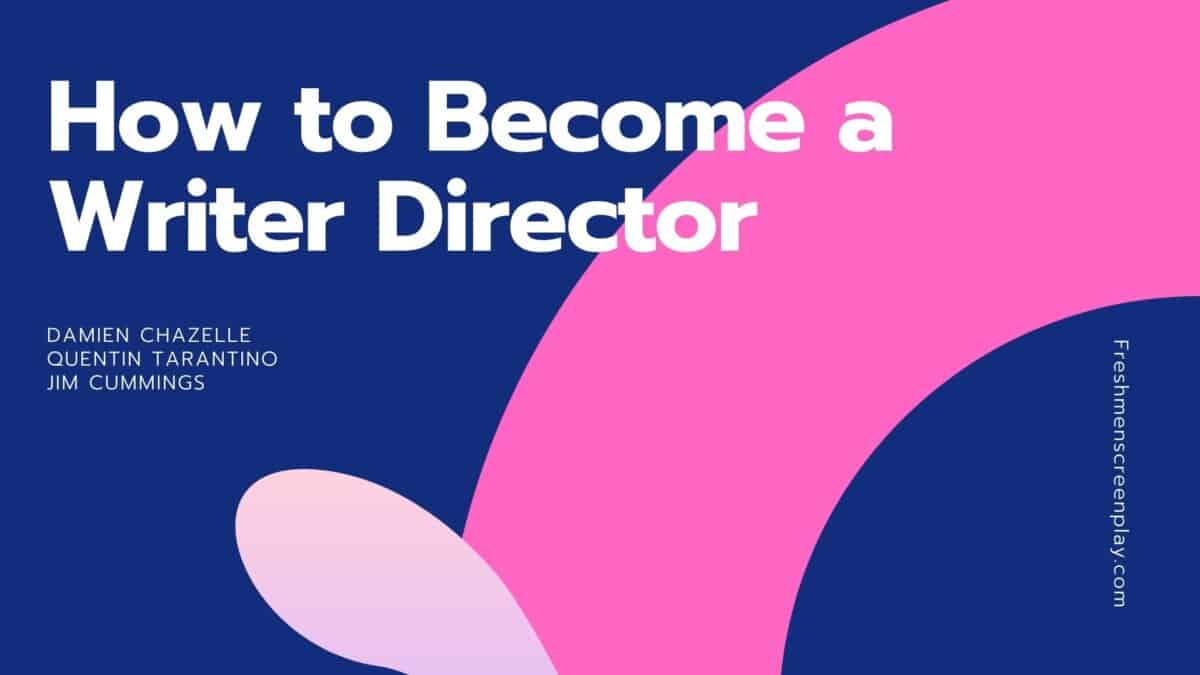 The film industry is changing.

Crews are getting smaller. People are taking on more responsibility as filmmakers to get there smaller and multi-million dollar projects off the ground.

But the most famed combination is the Writer-Director.

Or you can create a short based on the feature you’ve written to obtain some sort of notoriety.

What does this look like and how do I do it for myself?

Let’s break down the careers of people who did this before.

Quentin Tarantino, Jon Favreau, and Damian Chazelle all of them established writer-directors who are ten years apart with the same story.

But first, let’s answer the question,

what is a writer-director?

A writer-director is one of the most versatile filmmakers out there because they can see the whole film and write it in a way that others can see it too.

This is the first part of the word and for a good reason. Writing a good story is harder than directing one.

Learn how to write a cohesive story. Not just screenwriting format.

This is very important.

And the great news about it is it’s completely free to do.

All you need is a pen and paper or a Mac computer if you want to be fancy with it.

When Quinten Tarantino first started he didn’t buy a camera he sat down and wrote.

What did he write?

A film called True Romance. After selling that he was now known in the industry.

He then when on to write Resiovar Dogs. But at that point, he only had established a career as a writer, not a director.

Why did they let a kid with no history of directing a film direct a film these professional actors?

Because he made Hollywood money before.

Let’s look at Damien Chazelle A 20-year difference in careers.

What did he do?

He wrote not just one but three films that were produced before he was able to direct the whiplash feature.

one of them was the short for his feature Whiplash.

Now just like Tarrentino, he wrote the film that took off for him long before he got a chance to make it.

But he got 30 million to make it only after he proved himself to the studios.

How to be a Writer-Director Without Writing first?

If you want to get to it without paying your dues to the industry-first what you have to do is save up 20k and make a short of your feature film.

One of the ways films without previous IP’s get made now days is they need some type of proof of concept.

One way is to get attention with a short.

It’s like a window into what the feature could be like. Whiplash started as a short film that one sundance.

What makes this film so special is it was given a 3/10 on theblacklist.com but when he made a short of his film for next to nothing it won at Sundance.

Giving him enough proof to raise 200,000 from a Kickstarter campaign to make the feature.

This film now has 96% on rotten tomatoes and Jim has a career as a writer-director.

The two ways to become a writer-director is to:

There is no other way but hard work. But its really hard to do because your hard work will be done for free.

No one is asking you to write a film or make a short. No one is paying you. You are doing it only in hopes that its good enough to take off.

What did I miss?

Do you know any writer-directors that took off in a different way?

How do you plan to break into the industry?

How to become a writer-director (The 2 Options)
Posted in How to Guides By K.D.WilsonPosted on Tagged director, how to, how to become, writer, writer director
Script Audio Notes