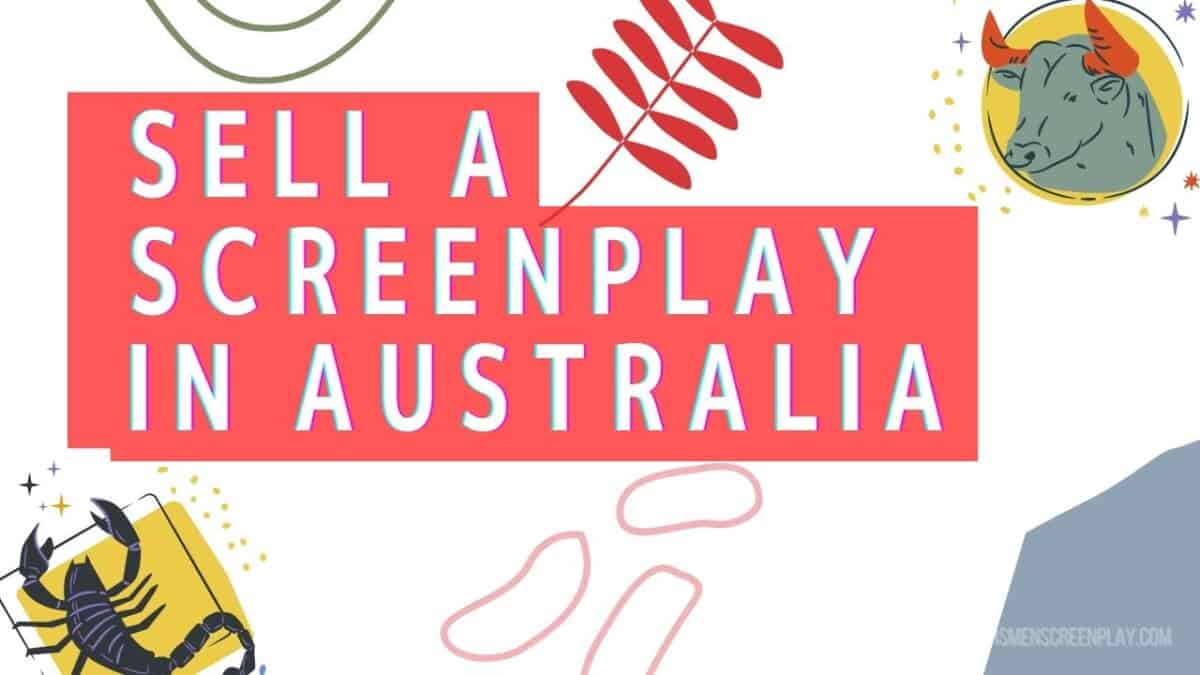 Whether you’re moving to Australia from another part of the world or you’ve lived here all your life but you’re only now trying to break into screenwriting, you want your work seen in the Land Down Under.

The only problem is you have no idea where to start.

Australia isn’t exactly the film center of the world, especially compared to the United States, but you do have a good shot at selling a screenplay here. Make sure you keep reading for actionable tips and advice on how to do just that!

Trying to Sell a Screenplay in Australia? Follow These 7 Steps

Before you do anything else, make sure you sign up for a membership with the Australian Writers’ Guild or AWG pronto. The AWG has over 50 years of experience protecting writers in areas like the Internet, radio, screen, and the stage.

If you’re planning a move to Australia but you’re still living abroad, you can join the AWG as an overseas member for the time being. Student writers are accepted as well.

So what services can you take advantage of as an AWG member?

For those who are new to Australia, being an AWG member is a great way to connect with others like you.

2.) Polish up Your Screenplay

Now that you’re a bonafide AWG member, you want to present the best version of your screenplay not only to the experts within that organization, but to the producers, directors, and other industry types who could help you sell your screenplay.

That means going back and polishing it up, especially if you haven’t touched your screenplay in a while. Do keep in mind that this version shouldn’t be considered the final draft. Your fellow AWG members might recommend changes to your screenplay that are worth making.

When you get a screenwriting agent and manager (more on this in the next section), they too will amend your work.

3.) Get Representation Through a Screenwriting Agent and Manager

While you could find industry experts yourself, get meetings with them, and then pitch your screenplay, doing this can be like a full-time job in and of itself. On top of that, it’s often difficult for newbies to get their foot in the door at production companies.

A screenwriting agent is your in. Your agent can find and connect you with financiers, studio executives, and producers.

If things progress as you had hoped and someone is interested in buying your screenplay, you can also negotiate for a fair deal with the assistance of a screenwriting agent.

They can edit your screenplay or recommend those who can. They can also offer you advice on your career and take care of negotiations in some instances.

Agents can’t do that.

In Australia, the premier website for doing so is known as Encore. The Encore Directory has been a trusted resource for film and TV types in Australia for more than 20 years. In the directory, you’ll find 5,000+ listings separated into 120 different categories.

Unlike IMDB and other American resources of the same nature, you don’t have to pay to use Encore. You can see the A-Z list of production companies without a login, but you must register to reveal the contact information for each company.

5.) Network Whenever You Can

While you’re shopping your screenplay around, make sure that you set aside some time to network. Continue attending AWG events, but branch out and find other networking events in your neck of the Australian woods as well.

Connecting with non-AWG members can be good for your career too, as you never know who you’ll meet at a screenwriting event. You could just brush elbows with the person who will buy your screenplay!

Although being a part of the AWG, having a screenwriting agent and manager, joining Encore, and going to networking events might seem like overkill, it really isn’t. As we said earlier in this article, Australia isn’t exactly the top destination in the world for filmmakers and TV types. You might have to work even harder than you would in Los Angeles or Austin to sell your screenplay.

At the end of the day, you want to be able to say that you’re doing everything you can to get your screenplay into the hands of someone at a production company. That means covering all your bases and then some.

Through one or a combination of the above methods, the time will likely eventually come when you’ll sit down with a director, producer, or another representative at an Australian film/TV production company.

Your pitch is what will either seal the deal or halt your progress in its tracks. Yes, that’s a lot of pressure to put on you, but you have to be aware of the importance of this meeting. So how do you pitch your screenplay in a way that will have everyone eager for more?

First, divide your story into three acts or arcs. It’s okay if your screenplay itself isn’t formatted this way, but since you can’t describe your film concept from beginning to end, segmenting it into acts is a great way to have a separate beginning, middle, and end.

When you introduce your work, it helps if you identify what the genre of film is. If you’ve tossed around several titles before now, you have to decide on just one. This can be tough, as a title is everything, but it needs to be done.

Although you’re going to be nervous, don’t forget the basics of human niceties. Arrive early. Dress nicely. Give a firm handshake and make eye contact. Practice your pitch ahead of time so you don’t blank out on what you wanted to say or begin stuttering.

The best piece of advice we can give you when pitching your script is this. Don’t explain your story, tell it. If you have to spend half your pitch time explaining the intricate themes of your film or describing what the whole thing means, then it’s too obtuse. The story itself will tell everyone all they need to know.

7.) Participate in a Fellowship

It may take several meetings with production companies before something clicks and your screenplay gets accepted. In the meantime, explore other avenues for selling your film such as participating in a fellowship.

We’ve written about fellowships many times on this blog, but those are American fellowships. In Australia, the fellowships are different. One such example is In Dreams, which is for “unrepresented Australian voices” which could very well be yours.

The Creative Arts Fellowship offers its winners $10,000 (Australian dollars) and a chance to work at their library to create and develop an artistic vision.

]The fellowship lasts for four weeks and the money you get is your stipend. You can stay longer if you want, but it’d be without pay. Keep in mind that you must be a permanent resident or Australian citizen to participate.

You can even try the Australian International Screenwriting Awards or AISA, which yes, is a fellowship. After narrowing down applicants to only 10 potential winners, AISA will then select one lucky screenwriter as its winner. The second and third-place winners and some semifinalists get recognition as well.

Try applying to one or all those fellowships and see what shakes out for you.

Moving to Australia to become a screenwriter isn’t the easiest career choice, but it is doable. With the tips and guidance in this article, you’re now one step closer to making your screenwriting dreams come true in the Land Down Under!

What did you learn from this that you will apply?