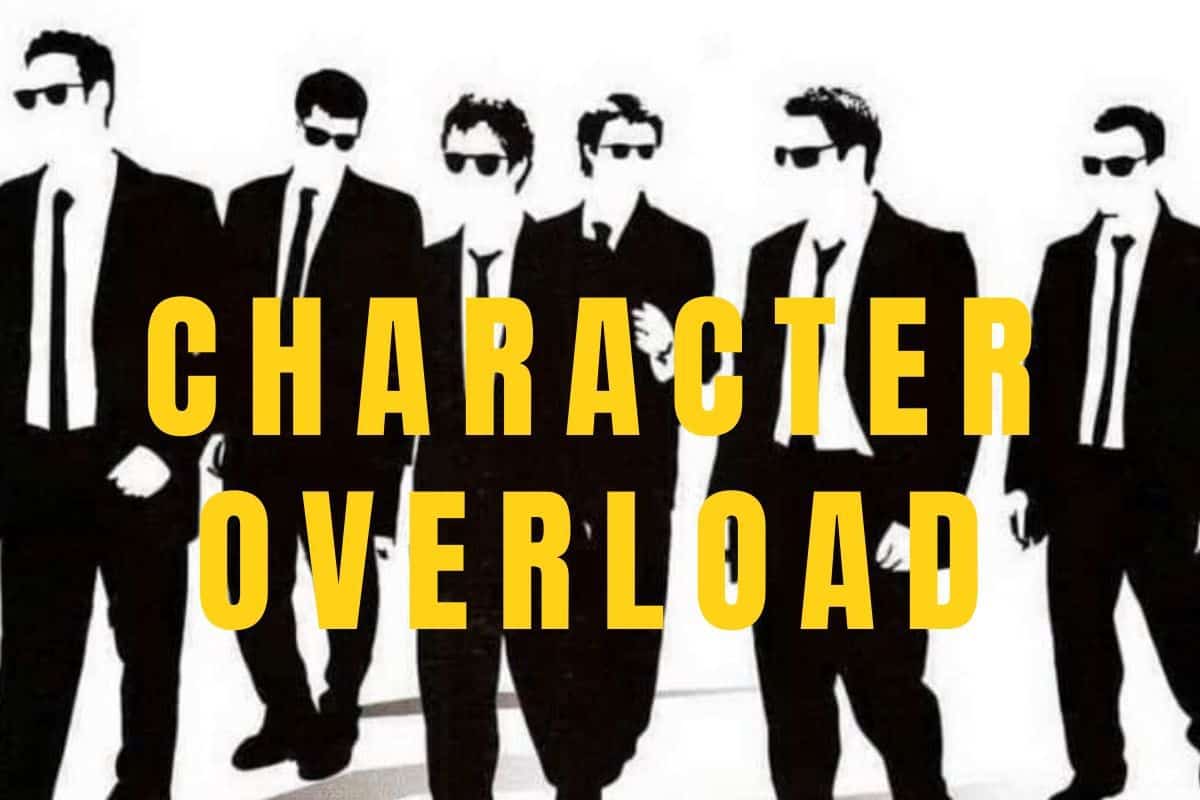 Now with that said there is a minimum number every story must-have. Also, there is an average number that each genre has according to statistics. Take a look at those numbers below.

How Many Characters Do I Need?

How many characters does my script need in order to be considered a story? The answer will surprise you.

Not just every script but each story needs at least three main characters. Now you’re trying to think of films with less than three characters and you will be hard-pressed to find them. but if you do they won’t be stories they will most likely be situations or student films whichever you find first. More on that at the end of this section.

Let’s go over the three types of characters you need for your screenplay.

1.) Protagonist – The hero of the story. Neo from The Matrix, Woody from Toy story Simba from The Lion King.

2.) Antagonist – The Villian who opposes the hero. Mr. Smith from The Matrix, Scar from The Lion King.

3.) Relationship Character(s) – The love interest, the mentor, etc. There are a lot of them but that’s not what this post is about. But they inherently become the reason or the moral compass for the story. Some writers can build a theme from the relationship character alone.

Now, I say relationship character(s) because sometimes writers have certain characters in a script to serve only a part of the story.

What’s important to note is one actor can play all three characters. Say for instance you have someone with multiple personalities. Three characters can then exist within one room and look as if there is only one character. Just like M.Knights hit movie Split.

Also, remember these are essential characters. The example of the bus driver that I will use thought this post doest count. And speaking of characters that don’t count.

What do I mean by non-speaking characters? The extras. The waitress walking around in the background or the guy walking down the street. All these people don’t count towards your three types of characters needed for your story. Note, If one of these characters were to bump into your main character as a part of the story even if they say nothing they become a relationship character.

What’s the Average Number of Characters Per Genre?

Yes, each Genre does have its own individual number of characters. Take a look at the graph below found from Stephen follows a blog on film data. Please remember these aren’t main characters. Just speaking part characters.

The number of speaking characters in a movie. Crazy I know but not all these speaking roles are main characters. They are what I like to call life characters. People to help represent the world the script lives in.

Horror has the least amount of speaking characters that makes sense right. Especially, with Freddy and Jasons, no child left behind policy. Then, Historical being the most seeing that you can’t change history if there were 70 men running on the battlefield and they all say “charge” then guess what.

How Many Characters is too Many?

Please ask yourself why is this person in the movie, the act, the scene. What purpose do they serve your story? Do they help or hinder the protagonist or antagonist in any way shape or form?

If you can’t answer this question honestly then you must cut them out. No matter how cool or likable you think they are.

This is where you say “what about Oceans 11, The Magnificent Seven or every Quintin Tarantino movie ever.“

Well in those films only have a couple are main characters the rest are supporting. It’s hard to see but you have to read in between the lines. Think of the person or people that if you take out the whole story falls apart. Those are main characters. But if you can replace the character with someone else like them they are a supporting character.

In Oceans 11 Danny ocean is the main character everyone else is supporting. Same goes with other scripts if you really pay attention one or two characters actually push the story along with the other characters helping or hurting them.

The Number of Characters can Affect Your Script Sale

When writing try to think like a producer. The number of speaking roles in your script adds up and will cost. So go ahead and write that big-budget film it probably won’t sell. But if its well written it will get you a writing job at a studio with connections. Which is probably more important in the long run.

Speaking roles will get whatever the SAG(Actors guild) scale is offering per day. The reason you see $500,000 films have six characters and a house as the main location.

How many characters can a script have? That depends on your story. The story should be the backbone of every decision you make when writing. It doesn’t matter if you writing a 100 million dollar feature or a 100 thousand dollar indie short. But for your story to be viable, you need at least three main ones.

With this information go write those character descriptions.

How to Write Character Introductions

How Many Characters Can My Screenplay Have?
Posted in Industry Knowledge By D.K.WilsonPosted on February 2, 2020May 9, 2020