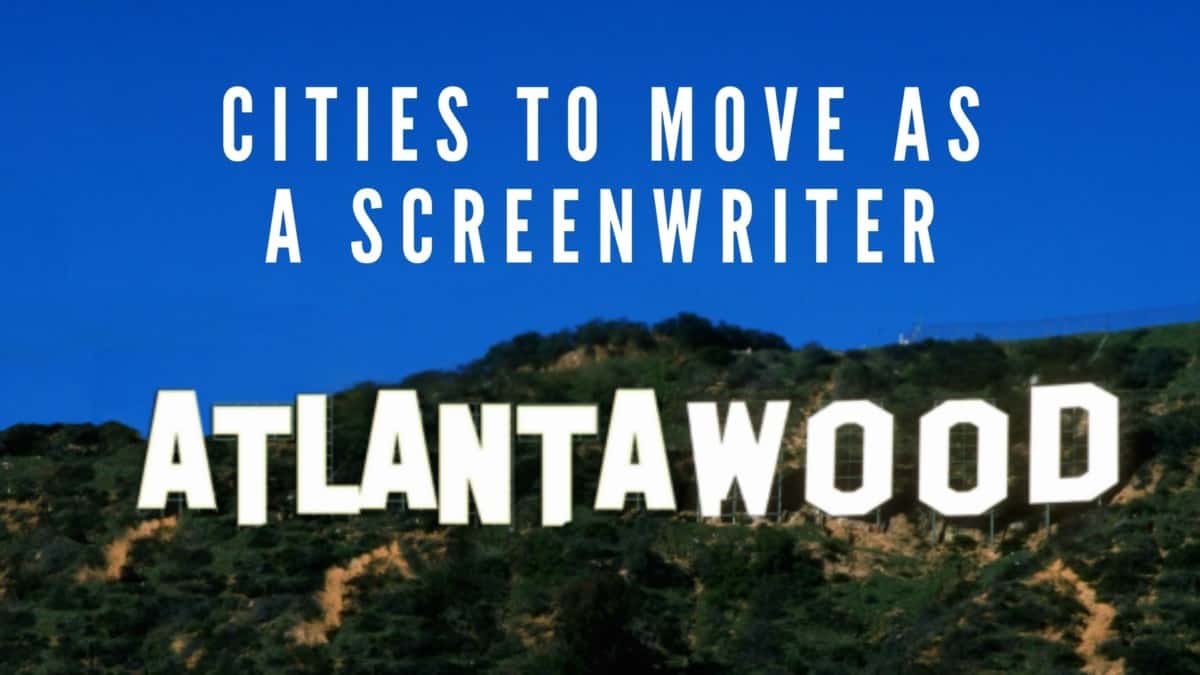 Screenwriters operate behind the scenes. They are the ones that create the gripping content and engaging storylines you get to see on television and in the movies. Where do they get their inspiration? How do they get their creative juices flowing? Surely it has something to do with their surroundings. Most of us may conjure up an image of screenwriters living in isolation amidst beautiful landscapes. We cannot be farther from the truth.

Where do screenwriters live? Screenwriters live near the production houses and studios Which are mostly located in major cities such as LA, London, New York, and Boston.

Other major cities include:

In these areas, writers can frequently present scripts, revise the drafts and work with others commissioned in the same project. The screenwriter needs to be as close as possible to them to ensure ongoing work and to build a reputation. So it is practical and wise for a screenwriter to live in these cities which are the hubs of their activity.

Successful screenwriters go where the jobs are if they want to remain successful. Most of them do this until they have built a strong reputation. Well, known screenwriters could live where they want to, as long as they can travel to the production sites and offices when needed. But slow down your not Tarantino yet.

Since most screenwriting is done in a few major cities globally, the opportunities for a new screenwriter or a struggling screenwriter are not so many in other locations. A screenwriter can decide to make one of these major cities as their homes or live in small towns or cities that are nearby and within reachable distance. In the world of video conferencing and connectivity, one may think that a screenwriter could work from anywhere, but in reality, this is not so.

Competition is high and there is a lot of good talent available so the production companies call the shots and screenwriters have to comply. The odds can become stacked against you if you write and sell your material from outside any of the hubs of media and entertainment. Certainly, there are exceptions where writers have made a success out of their screenwriting careers living outside the cities but such cases are just a handful.

So let’s look at some of the cities which are known to be the best places for screenwriters to live in.

Los Angeles is synonymous with the entertainment and media industry. So this is a place where most screenwriters eventually converge. Compared to any other city around the world Los Angeles seems to have the greatest demand for screenwriters and the bulk of the opportunities.

Some of the well-known screenwriters such as Leigh Brackett who was a part of the ‘Star Wars’ Trilogy, Herman J Mankiewicz Hof the ‘Wizard of Oz’ fame and Ernest Lehman is known for movies like ‘The Sound of Music’, are from Los Angeles.

LA has been embodied as the hub of opportunities. Starry-eyed screenwriters make their pilgrimage to Los Angeles with dreams of making it big. This is not just a fantasy as evidenced by success stories of those who made it big just by shifting their location to LA.

Some reasons for LA to emerge as the prime spot is possibly due to the following reasons:

There are practical reasons as well:

In case you do not live in Los Angeles you will be required to come in for meetings and you will have to fly in at your own cost. If you live far away these costs can be steep. There will be constant interactions required with directors, talent agents, and producers. It will be difficult to manage this from a long distance. There will be constant requirements for updates, presentations, etc. that one will eventually find it easier just to live in LA rather than incur the costs related to travel and of course, the wastage of time due to this.

If a screenwriter wants to specifically write for television they most definitely need to live in LA. Most of the production of television shows are in LA and one has to be available and present when there are meetings which are mostly spontaneous and unscheduled based on the need of the project. This is the reason screenwriters on television almost always move to the city to show their commitment and establish themselves in the eyes of the production companies.

You cant be in an L.A writer’s room and be in Mississippi at the same time.

Where do screenwriters live in Los Angeles?

New York is an excellent place for attending training programs and courses in screenwriting. Many literary agents can help you sell your work.

New York is really famous for independent films, talk shows as well as reality television. For those screenwriters who are attracted to these, it definitely would be a great option to live here.

The main advantage is that numerous television shows are shot here. Some of the famous screenwriters from New York are Bo Goldman who wrote ‘The Scent of a woman’, and ‘One Who Flew Over the Cuckoo’s Nest’ and Ben Hecht who wrote ‘The Front Page’ and ‘Roxie Hart’.

Nora Ephron of ‘When Harry met Sally’ fame is also from New York. New York is also the commercial capital of the world – a place where money flows. So projects are funded and ideated right here. Hence even though not a hotbed of activity like LA, it has its fair share of action.

London, even if it is in an entirely different continent, it is a well-known hub for the production of movies, games as well as television series.

Numerous literary agents who are eager to represent aspiring screenwriters can be found here and there is a lot of work that is constantly being turned out in the media and entertainment industry. Being in Europe, most European production media work makes its way to London and hence makes it an attractive location for any screenwriter to set up shop in.

London is known for its writers, the most famous of them being Shakespeare and Dickens. It is considered one of the greatest literary cities in the world.

Some of the greatest screenwriters are also from here. Some famous screenwriters hailing from London are Jane Goldman who had written the screenplay for ‘Stardust’ as well as ‘Miss Peregrine’s School For Peculiar Children’ and Graham Greene who wrote many famous screenplays like ‘Odd Man Out’ and ‘The Third Man’.

Boston is an emerging literary hub in the United States second only to Los Angeles. Known as the intellectual and literary capital of the United States, it is no surprise that Boston is gaining a reputation as among the most sought out places to live by screenwriters.

Emerson and Thoreau were from Boston and brought a lot of fame to this city. Those of the famous screenwriters of today who are currently in Boston might not have been born and brought up in Boston originally, but they have made it their home because of the many attractions it holds for an intellectual and artist. Boston has art and creativity oozing out of its cultural pores. Some famous screenwriters from Boston include Michael Hayes, who wrote screenplays with Hitchcock such as the ‘Rear window and ‘To Catch A thief’, and well-known screenplay writer Peter Casey who was one of the creators of ‘Cheers, the popular television series.

More recently the ‘Good Will Hunting’ screenplay written by Ben Affleck and Matt Damon who lived in Boston established the city on the literary map. Other famous screenwriters from Boston are Paul Monash and Willam Monahan. Boston is a very diverse city that is a melting pot of cultures and welcomes different ideas. This generates inspiration for a creative writer who can find a plethora of ideas in everyday life and bustle of the city.

Screenwriting is not a job where you have to necessarily be in an office all day and with the internet, you can meet anywhere. Now with that said its best to be amongst people who are doing what you’re doing. Who have similar goals and interests as you do. It’s very hard to write the next Matrix when your closest roommates are trying to get you to go out to eat and go for a game of beer pong after.

Where do screenwriters live? (The Top 4 Places)
Posted in Industry Knowledge By D.K.WilsonPosted on November 26, 2019May 9, 2020