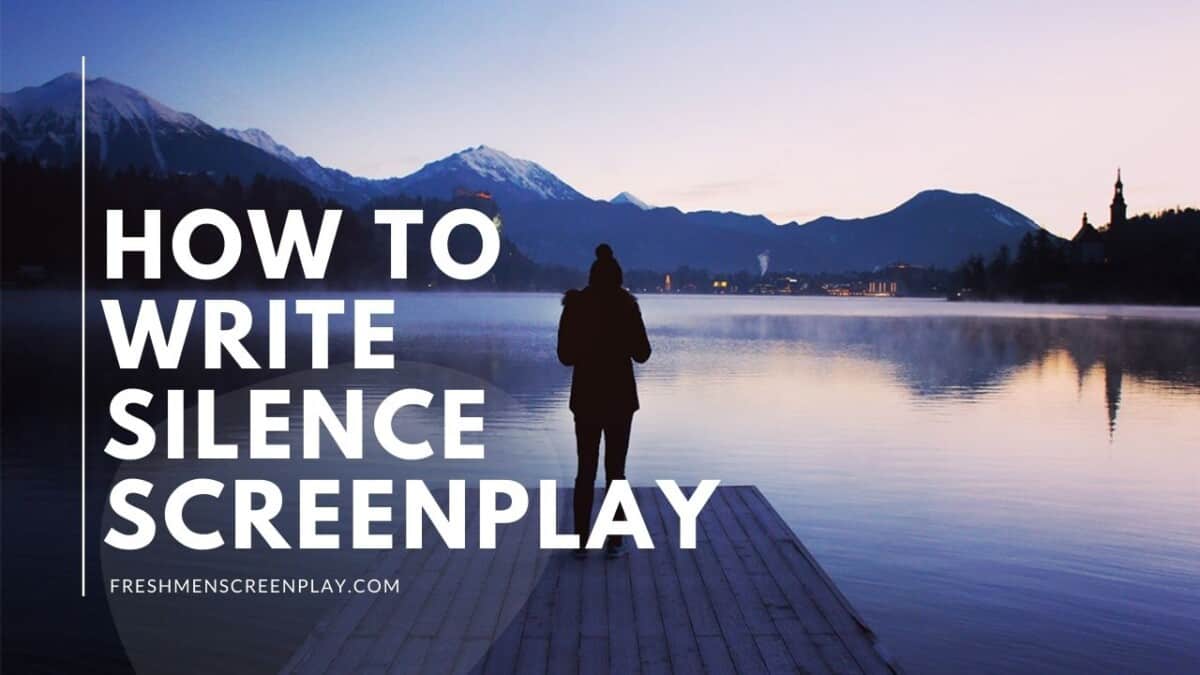 That moment where no one in the room knows what to say. The momentary silence in a film. How is it written in a script? It’s easier than it looks; you’re more than likely overthinking it.

Yes, you can also do this in the middle of action lines.

This method is simple, but there are different creative ways to explain silence that might be more informative to the reader than writing silence.

Different ways of Write Silence in a Screenplay

Yes, screenwriting is a creative field, so there are more than one way to describe something. It’s best to use your imagination. Purely writing silence can be dull. Here are some other words you can substitute to spice up and show the type of silence.

As you can see, the options are endless. They all can indicate silence, but each gives you a different feeling of how the characters respond to what was just sad.

Below are two examples of spectacular movies using silence in a script. Interestingly, the first one is used to give the floor to one man speaking. So everyone was silent except one man.

Written as “And nobody moves.”

Written as “An awkward pause: Tommy can’t quite begin”

Remember one rule in screenwriting.

The more you use something, the less effective it becomes. Have your quiet moments in the script stand for something by using them a hand full of times. In my last script, I used this technique maybe four times in the entire 120 pages.

It would help if you did the same.

What new way are you going to write silence into your script?

Whatever the answer is, let’s hear it in the comments below.

How to Write Silence in a Screenplay
Posted in Formating Help By D.K.WilsonPosted on April 18, 2021April 18, 2021Tagged formating, no words in screenplay, Silence, Silence into a script