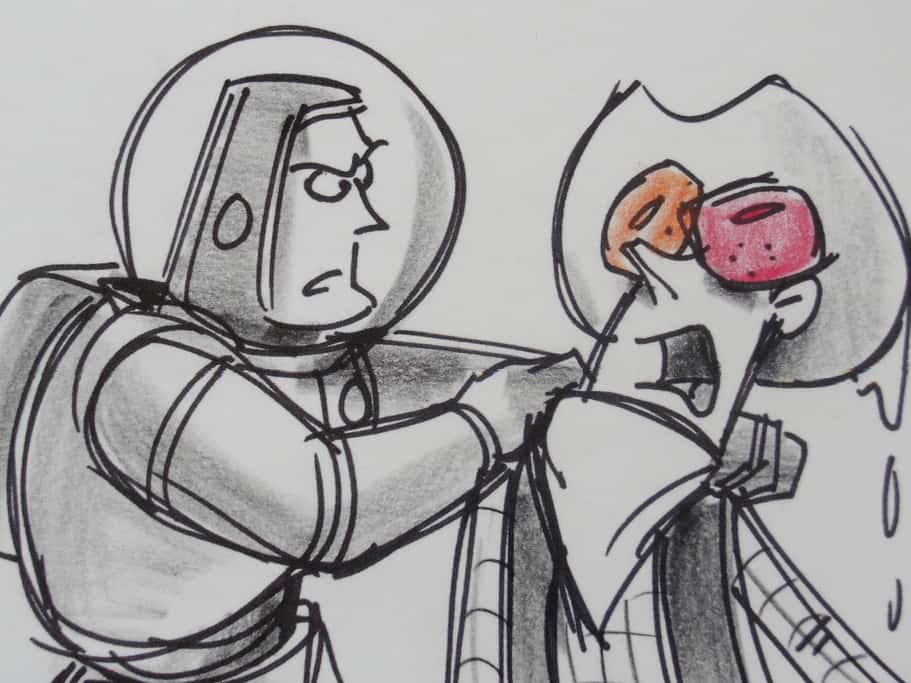 I recently had a couple of people contact me on social media asking for me to help them with there screenplay idea. I then asked in return:

Most replied: “I have a great idea for a script and they want me to write it, edit it and then pitch it to my contacts and then we can split the profits 60/40 in their favor.”

I then told them the truth. “No one cares about their movie idea only the execution of the idea.”

These people were looking to sell an idea.

Can You Sell a Screenplay Idea? No, generally producers don’t listen and buy movie ideas because of legal reasons and you cannot copywrite an idea. But if your idea has some type of influence such as a famous actor, producer or intellectual property attached with a film treatment then yes.

More on the ways You can and can’t sell a movie idea below.

The problem is everyone has ideas. It’s biased to think in this world of almost 8 billion people your the only one who has come up with that particular movie idea.

What if you have a good idea? Well, great but Hollywood no longer buys pitches but some independent producers do. Let’s find out what Hollywood see’s like a great idea and find out all the ways you can sell it. Then introduce a way to contact some producers who will listen to you.

Suprise not surprise but the number one way to guarantee for Hollywood to take you seriously is if you have people attached. The project almost doesn’t matter as much as if you have the right people already involved. This unlocks a bias we all are obsessed with social proof.

If 7 out of 10 people love it then your more likely to love it. It’s just how our brain works.

Having an actor with clout attached is a great way to sell an idea. Most films today are made or broken based on if they have an actor attached. Basically you can reach out to an actor you think will be great for a part. They can agree to commit to a film for a certain amount of time. Giving you permission to use their name in the selling of your movie idea.

If said actor is really excited about the project they can also function as a producer and go into a pitch meeting with you like brad Pitt did with his production company Plan B many times.

But how do you contact actors? a trick is to create an IMDBPRO account. Find the actors agent and reach out to them through there agent. Some agents are legally obligated to tell an actor about all the opportunities that they receive for them even if it’s a 2-minute talk.

P.S don’t think you will get Brad Pitt this way.

Having a casting director to sell your script idea is a strange one to hear.

They have built a great relationship over several years and if you get a casting director on board they too can function as an asset to sell your idea.

The list can go on and on but basically, if you have a person with connections or fame the doors to the studios that were once closed for your idea are now open.

And yes it is hard to get these relationships and it does take time to build. But if your looking for a quick fix in Hollywood please go to plumbing school instead.

Another way you can sell your movie idea is by gaining the rights to intellectual property.

What is intellectual property? Things like books, comics, and short stories. You see this nowadays being the go-to for Hollywood. Mostly because with this type of copywritten creativity they know it already has an audience attached. It will sell.

Popular books like Harry Potter and Lord of the Rings and author Stephen King are to blame. If a book sold a certain amount of copies those same book buyers will watch the movie more than likely. Some older books that are no longer in print you can gain the rights to for optioning for next to nothing from the author or publisher.

Stage 32 is what I’ve found to be one of the best ways to pitch movie ideas.

You can see a list of producers representing mostly smaller production companies with a short bio of what movies they have produced in the past.

From that, you can pay to pitch one of these producers face to face via a skype like platform. After the pitch, if the producer is interested in your idea they will ask for a treatment or script.

If you do use an online platform or you might know a lower level producer through a friend. You need the right producer to pitch too. What does this mean? Don’t sell a romantic comedy to Jason Blume. He’s famous for psychological Horrors. So approaching him with anything else would be wasting his time.

Also, check the budget of the script idea you have. If it’s 50 million approaching Jason Blume will also be a waste of time. Seeing as he takes on only low budget features.

If you want to know about more online platforms for selling your script ideas click below:

How to Sell Your Screenplay to a Production Company

The reason, why you can’t, sell a movie idea.

Unfortunately, You Have to Write

Listening to movie ideas is a way of the ’80s and ’90s. No longer do people just listen to ideas mostly because of legal reasons. People hate being sued. If you hear an idea and you make a movie that is similar to said idea the person who pitched it thinks you stole it.

When in reality you being the producer probably had that idea and was working on it in some capacity already. This happened more than you think. To the point, people stopped listening to movie ideas. One of the barriers that people put up are scripts.

Barriers are the only way to shift around the people with actual talent and people with ideas.

Can you sell a movie or screenplay idea? Yes if you have the right people attached to the project, a popular intellectual property, or pay to speak to a producer through an online platform such as Stage 32. But, also No, if you think all you need is an idea to make some quick money. It doesn’t happen overnight and it takes time to gain the skills as a producer, built contacts and writing skills necessary to sell an idea.

Can You Sell Screenplay Ideas? (Yes and No)
Posted in Industry Knowledge By K.D.WilsonPosted on
Script Audio Notes