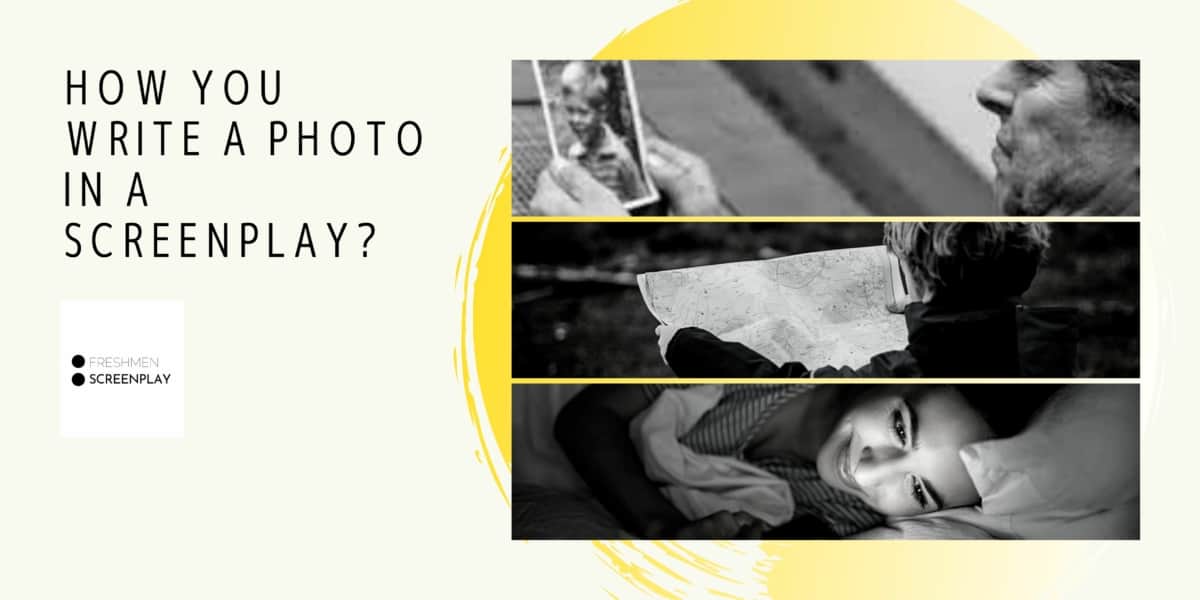 So your character is looking at a photo, and you want to describe it. Or there is a photo in a script, and the camera pans to it, and only the audience sees the photo, and the characters don’t.

If you got any one of these two issues and you don’t know how to describe it, I’ve got you covered.

You can also write “INSERT-” and describe the photo in question on the same line. I use this version to save space on the page and longer descriptions.

In the following example, we go back in time to the moment in the photo, so using back to the scene would remove the suspense of disbelief too much while reading.

But you still want to let the reader know we are changing views from what your character sees to the image.

I won’t give you the entire scene, but you get the point.

Can You put pictures in a Screenplay?

Yes, you can put a picture in a screenplay. There have been scripts with full-out images giving a break from words in the past.

This isn’t done often and shouldn’t be done by most. Everyone whos ever shown a picture in a screenplay has been a screenwriter already commissioned or an actor with funds from a production company. Unproduced screenwriters shouldn’t attempt this.

Even though in the future, we may see more and more of this screenwriting style and may become acceptable. Like I always say, the screenwriting format changes 2% every year.

Alright, it was a short one today.

Does your script have a lot of images in it?

How did you think to show a picture in a screenplay before reading this?