Comedy is a genre that is always sought after in Hollywood. It’s also a great genre if you’d like to shoot a short film that can totally steal the show at a festival.

So how do you write an award-winning comedy short film?

When it comes to short films and comedy, you want to keep it simple.

A few years ago, I saw a short film at a film festival that was only a minute long and one scene/one location only.

On the screen, we saw a man and a woman stop in front of a building entrance. It looked like the ending of a date, but when one offered the other to come up, suddenly the characters went on a banter about their non-negotiables in the relationship and everything they should know about each other before pursuing a relationship.

The entire scene and the entire short film all happened in one minute before they agreed on what their relationship should look like and where compromises could be made and went up together into the apartment to spend the night together – meaning the relationship could start.

It was a look at what honesty could be. That to me, was the ultimate message of the movie. What does a relationship look like if people were honest without filtering from the get-go about everything and anything they are and want for themselves and from a relationship.

The movie was so beyond simple, but it was brilliant and hilarious. It fully relied on dialogue and the astonishing performances of the two great actors and it did absolutely amazing at the festival.

So much so that there were immediate offers from producers to turn that short into a TV series.

The key word? While it was brilliant and the writing was amazing, it was so simple. One location. One scene. Two actors. One minute. A relatable situation.

Comedy works best when it’s simple, especially in the form of short films.

2. Your protagonist is an anti-hero

When crafting your protagonist for your comedic short film, it works best in comedy if they’re what we call a non-hero.

Your protagonist is a dude or dudette who’s the non-hero who ends up having to save the day or lands a front seat they don’t want in a world that’s totally not what they’re used to.

When thinking about your short film, imagine a funny situation and put the most out-of-place main character in that situation. Doing that creates irony, and the irony is gold in comedy.

One movie that uses irony is the movie Tootsie (1982). In Tootsie, an unsuccessful misogynistic actor disguises himself as a woman to get a role in a hospital soap.

The fact that Michael Dorsey – the protagonist –  is misogynistic and sees women as lesser but ends up impersonating one is the great irony. And it makes the entire movie. Obviously, he will grow throughout the movie and learn to value the other gender more, since he sees how women are treated in society and have to work much harder than he ever had to.

Being a woman made him a better man. That’s the irony of Tootsie. 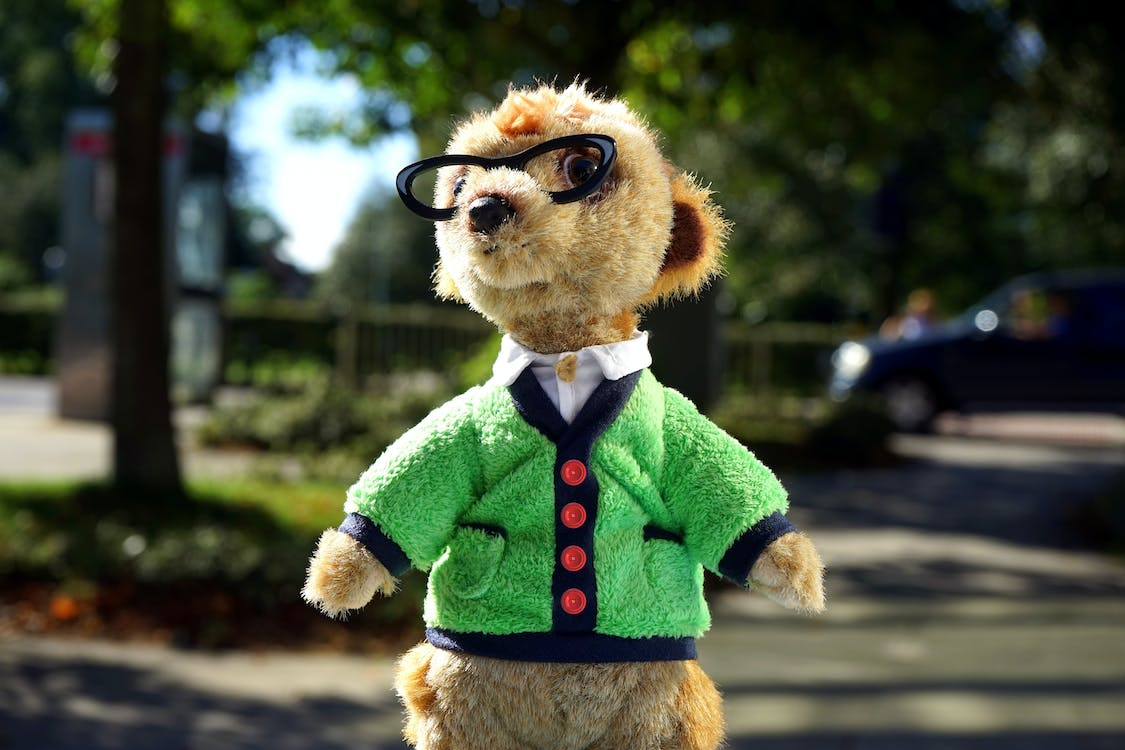 In comedy, it’s always helpful to have characters the audience can relate to. May it be through their work situation, funny quirks, relationships, or anything else you can come up with that is relatable. So build relatable characters.

4. The Art Of Exaggeration

Take a situation that people already know or have gone through themselves. For example: meeting your girlfriend or boyfriend’s parents for the first time, shopping at the supermarket, going to the hairdresser, and then exaggerating that situation to pull out the comedy in it.

Think about the movie Meet The Parents (2000). A relatable situation: meeting your significant other’s parents before proposing… but it turns chaotic when your soon-to-be father-in-law turns out to be a huge nightmare.

People love that movie because of a simple, relatable situation (the meet-up with the in-laws), and how it is exaggerated to the T to turn into comedic gold. But ultimately, the audience loves it because they can relate to the initial situation.

5. The Rule of Three

You might have heard of that before. The Rule of Three is a serious thing when it comes to making people laugh, hah!

Making people laugh is not an easy task, and it’s common knowledge that presenting a joke in three beats almost always wins the room.

The Actress Laura Kightlinger  (Pen15, Will & Grace) uses the Rule of Three in the quote below:

“I can’t think of anything worse after a night of drinking than waking up next to someone and not being able to remember their name, or how you met, or why they’re dead.”

But the Rule of Three doesn’t only apply to clever dialogue. It’s also in action on the screen.

In When Harry Met Sally (1989), Harry meets Sally three times before their relationship starts. First, they meet after college graduation, then they meet on a plane, and then they meet at a bookstore again.

It’s only after that third encounter that they become friends.

In comedy, the Rule of Three can be explained as follows:

6. Get Inspired By The Jokes That Make You Laugh

You probably have jokes or have heard jokes that made you laugh. Maybe some run in your family. Get inspired by those and modify them to suit your character. You can get inspired by real jokes you hear as long as you don’t copy them.

For example, if there’s a way for you to further push a joke that people have repeated over decades, that could be really funny. Because you’re using the basis of a joke people know and love, but bring it a twist no one has thought of before.

7. Be Open To Improv

Often when you produce a comedic short film, you will find yourself laughing on the set at things that weren’t even in the script because magic happens, especially when you have great actors who feel comfortable with each other.

It’s super important to have that openness and to let your actors improv for a couple of takes and steer away from the script for some takes. Great comedic nuggets can come from those unscripted moments and they might end up being the best moment in your comedy short film.

8. Finish The Script With A Twist

Most successful short films end with a strong twist, a big surprise to the audience.

I like to say that short films always depend on an EPIC twist at the end. That’s the magic of short films. So, think of your ending twist before you even write Fade In.

A table read is an event where you gather actors or writers, or simply friends to read your script together.

One person in the room will be reading the action lines, while a bunch of other people (ideally actors) you’ve invited will read the actors’ lines.

Table reads are a fantastic tool to test your jokes before taking the script out or shooting your short comedy film. You want to make sure that your jokes land.

On the day of your table read, make sure that your only task of the day is to listen while your script is being read. Make sure that you are taking notes of the jokes that make people laugh and the ones that don’t.

What happens at the table read is useful for your rewriting phase. When you start rewriting, you can go back to the notes you took during the table read and save the jokes that made the room laugh and modiy the ones that did not land.

10. Learn Comedy From The Bests

Steve Martin and Judd Apatow both have masterclasses on comedy writing that are a must-watch if you want to write comedy.

A list of the fifteen funniest scripts can be found and downloaded below:

Logline: A smart but sensible new graduate lands a job as an assistant to Miranda Priestly, the demanding editor-in-chief of a high fashion magazine.

Logline: Competition between the maid of honor and a bridesmaid, over who is the bride’s best friend, threatens to upend the life of an out-of-work pastry chef.

Logline: A pair of underachieving cops are sent back to a local high school to blend in and bring down a synthetic drug ring.

Logline: Ultimate L.A. slacker Jeff “The Dude” Lebowski, mistaken for a millionaire of the same name, seeks restitution for a rug ruined by debt collectors, enlisting his bowling buddies for help while trying to find the millionaire’s missing wife.

Logline: Pakistan-born comedian Kumail Nanjiani and grad student Emily Gardner fall in love but struggle as their cultures clash. When Emily contracts a mysterious illness, Kumail finds himself forced to face her feisty parents, his family’s expectations, and his true feelings.

Logline: A clean-cut high school student relies on the school’s rumor mill to advance her social and financial standing.

Logline: Three friends conspire to murder their awful bosses when they realize they are standing in the way of their happiness.

Logline: John Bennett, a man whose childhood wish of bringing his teddy bear to life came true, now must decide between keeping the relationship with the bear, Ted or his girlfriend, Lori.

Logline: Faced with an unplanned pregnancy, an offbeat young woman makes an unusual decision regarding the unborn child.

Logline: This contemporary romantic comedy, based on a global bestseller, follows native New Yorker Rachel Chu to Singapore to meet her boyfriend’s family.

Logline: Elle Woods, a fashionable sorority queen, is dumped by her boyfriend. She decides to follow him to law school. While she is there, she figures out that there is more to her than just looks.

Logline: A family determined to get their young daughter into the finals of a beauty pageant take a cross-country trip in their VW bus.

Logline: Harry and Sally have known each other for years, and are very good friends, but they fear sex would ruin the friendship.

Logline: Michael Dorsey, an unsuccessful actor, disguises himself as a woman in order to get a role on a trashy hospital soap.

The only way to write truly memorable comedy is to watch a lot of it and read a lot of it. Comedy is an art, and there are plenty of exceptional scripts out there or you to read and study. These fifteen iconic scripts are a great place to start.

Remember, when writing your comedy short film, keep it simple, have relatable characters, exaggerate common situations and test your script at a table read before entering the shooting phase.

If you’re wondering what your checklist should look like for your short film, take a look at this ultimate guide.

Can’t wait to see your comedy short film at the next festival!