Have a fascination with spiders and other crawlers or on the contrary, a fear of them?

You are not alone. One in three movies show an insect, either a solo fly or ant that pops up in a movie you wouldn’t qualify as a bug movie, or an entire colony taking over a town which then becomes much more important to the plot.

Either way, bug movies are a big deal and there are even “Bug Wrangler” who will take care of those bugs on set. Do not worry, the U.S. Humane Society makes sure that no bugs are harmed during filming.

If you’re fascinated with bugs, here are fifteen bug movies you should watch! 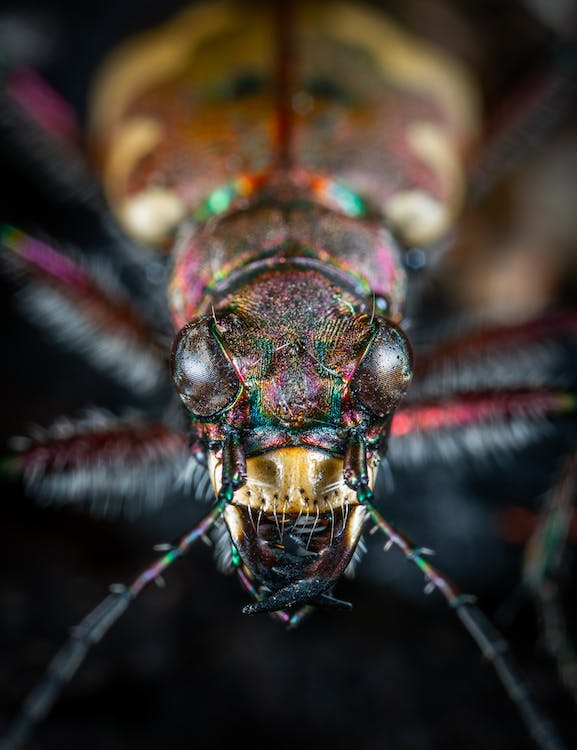 Personally, my worst nightmare! A small town in America finds itself taken over by millions of spiders.

Logline: A species of South American killer spider hitches a lift to the U.S. in a coffin and starts to breed and kill.

A black and white movie influenced by the rise of atomic energy (a big concern in the 50s), this movie still is terrifying today and won an Oscar for its special effects.

Logline: The earliest atomic tests in New Mexico cause common ants to mutate into giant man-eating monsters that threaten civilization.

Scientist Jeff Goldblum accidentally matches his DNA with a fly, soon turning him into a human-fly hybrid.

Logline: A brilliant but eccentric scientist begins to transform into a giant man/fly hybrid after one of his experiments goes horribly wrong.

New York city is infested by cockroaches. Scientists create a new kind of bug that will kill them. You guessed it, the new bug adapts and starts feeding on humans.

Logline: Three years ago, entomologist Dr. Susan Tyler genetically created an insect to kill cockroaches carrying a virulent disease. Now, the insects are out to destroy their only predator, mankind.

One tarantula is transformed into a giant monster by a scientist.

Logline: A spider escapes from an isolated Arizona desert laboratory experimenting in giantism and grows to tremendous size as it wreaks havoc on the local inhabitants.

World Box Office: Not Reported but since it’s an old movie, most likely not much Killer Bees are attacking people. Not so fun fact: real bees were used for this production.

A bunch of teenagers camp far away from civilization and get attacked by mutated ticks.

Logline: A group of troubled teenagers are led by social workers on a California wilderness retreat, not knowing that the woods they are camping in have become infested by mutated, blood-sucking ticks.

A couple is convinced their hotel room is hosting a flesh eating bug. A psychological thriller that takes you on a ride where nothing is what it seems.

Logline: An unhinged war veteran holes up with a lonely woman in a spooky Oklahoma motel room. The line between reality and delusion is blurred as they discover a bug infestation.

A Female Cosmetic Company owner promises a cure based on wasp royal jelly against aging but the results turn her into a wasp.

Logline: The head of a major cosmetics company experiments on herself with a youth formula made from royal jelly extracted from wasps, but the formula’s side effects have deadly consequences.

A deadly cockroach breed is infesting a small town in Maine and is eating people from the inside.

Logline: A Maine island becomes infested with lethal insects that root inside their victims, while a local doctor battles the bugs and incorrigible locals that don’t believe him.

In the same vein as Arachnophobia, a small town is taken over by big dangerous spiders.

Logline: Venomous spiders get exposed to a noxious chemical that causes them to grow to monumental proportions.

An inventor accidentally turns his kids into bug-size. We now follow the kids on their journey in the backyard, which through their eyes is like a gigantic city filled with bugs.

Logline: The scientist father of a teenage girl and boy accidentally shrinks his and two other neighborhood teens to the size of insects. Now the teens must fight diminutive dangers as the father searches for them.

Logline: A misfit ant, looking for “warriors” to save his colony from greedy grasshoppers, recruits a group of bugs that turn out to be an inept circus troupe.

Logline: A rather neurotic ant tries to break from his totalitarian society while trying to win the affection of the princess he loves.

The adventures of a bee.

Logline: Barry B. Benson, a bee just graduated from college, is disillusioned at his lone career choice: making honey. On a special trip outside the hive, Barry’s life is saved by Vanessa, a florist in New York City. As their relationship blossoms, he discovers humans actually eat honey, and subsequently decides to sue them.

Halloween might have passed, but it’s always a good time for a bug movie! Enjoy these 15 classic bug movies!