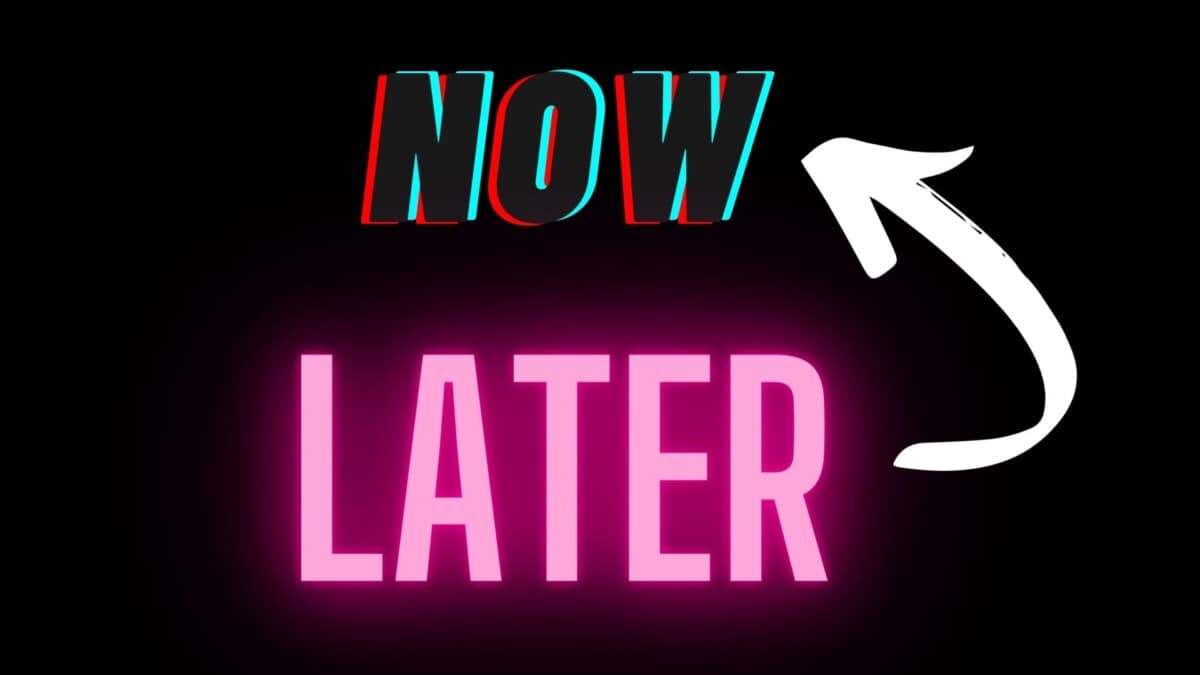 For a total of five minutes and played video games for five hours.

But last week I was up until two in the morning finishing a script, I wasn’t getting paid to write.

It seems like I’ve been doing this too long to be unable to turn it on and off.

How do you stop procrastinating writing your screenplay?

In this post, I will share seven ways to jump-start your ability to shake the procrastinating bug and finish your script.

They are the following:

1.) Destroy Your Fear of Failure

Did you know that the number one cause of procrastination is fear?

You might be thinking this one won’t help me.

But bear with me.

As an inspiring screenwriter, write down everything you’re afraid that might happen?

Imagine they are happening right now. Then think about what you would do in these situations.

For me, I was afraid people would think my ideas aren’t good enough. I remember sending my first short script off to some producer friends of mine at a production company.

I was so nervous hitting that send button.

And yes, the script was terrible. Misspellings everywhere.

But the point of this exercise is to diminish the fear. Even if it’s just by a little.

Once your brain isn’t afraid of the worst results, then you’re free to write without judging yourself.

2.) Associate the Right Reward for Action

One of the biggest reasons why most screenwriters stop writing is because the excitement is gone.

It’s not as fun as when you had the idea.

This is common in all things.

What you have to do is remember why your writing this script, and it has to go beyond monetary value.

Getting paid for writing a script is a goal, but it shouldn’t be THE GOAL.

Whenever I get tired of writing a script, it’s because I get some terrible feedback back, and it’s an indication that I won’t be able to sell it. Or that I’m not good enough.

“Well, what’s the point there isn’t a reward for doing this.”

I had to change the way I see as a reward.

When I started viewing the expereince of getting characters out my head and on to a page as the reward, that’s when I woke up every day and wrote non stop.

Every time you sit down to write, give yourself a piece of candy. It will get your brain to crave writing. A reward for doing the right thing. Doing the work.

The brain likes fun, and you do too.

The great thing about being a human is you can trick your reptile brain into thinking it’s having fun.

What I do before I start writing is artificially create the excitement I had when I first came up with the concept of my script.

Think back to how you felt on the first page or in the idea phase.

This helps your brain again associate fun with the activity you desire to accomplish.

4.) Meditate before you Start Writing

We all have obligations other than writing.

You could be thinking of all these things as your writing, which hiders your creativity.

One way to get rid of these thoughts is meditating. It clears your mind to the point where your relaxed enough o let those thoughts go.

All it takes is 15-20 minutes before you start.

Most creatives are perfectionists.

We want our idea’s to be perfect.

I’m one of them. I was tweaking every word before I sent ten pages off to a script reader the other day.

This is a huge problem.

What I started to do is I set a deadline for when I send something off. It’s always 2-3 weeks ahead of time.

At that deadline, I send whatever shape my scripts in off.

Doing this hurts mentally at first, but then you get used to it.

I’ve even gone as far as sending an unfinished script to people because my deadline came up, and its the rule I set for myself.

I don’t care if you only have six pages you send those six pages off.

Now once the other person reading your script totally flames you. You will do it again. And over time, you will see that sometimes even your most perfected scripts are just as bad or good as those you just wrote within a week.

6.) Outline Before you Write

Part of the reason you procrastinate is because you don’t know where your going inside your script.

You are being creative while writing instead of having the creative part in the outline part of the process.

Thinking of the next part while the cursor blinks is not writing its thinking.

By doing this, writing is merely filling out pages of what you already thought the night before.

It’s like transcribing a conversation you already had with yourself.

Some people don’t like outlining because they think it takes away from the fun.

And yes, that might be true, but if you haven’t even finished a short script, you have more significant problems.

But I will also suggest outlining only half the script.

This way, when the characters can take on a life of there own and the fun can truly begin.

7.) Set a Writing Only Space

If you have a room or an area in your room, set a computer there.

And there is one rule.

You can only go into that place to write. You cant use that computer for anything else other than writing.

Block the internet. Don’t download any apps on this computer.

When you enter this space, you write, and if you are not writing, you leave. For breaks, set a timer for five minutes and then go back into this room. Take as many breaks as you want.

Today you got the seven top strategies based on science to kill procrastination in screenwriting.

Find one that works for you.

But remember, you can use any of these in any combination.

Pile 2-4 of them at the same time if you want. I guarantee you will write that day.

What strategy did you see you wanted to try?

Have you personally done any of these? If so, which one worked or didn’t work for you?

Whatever your answer is, let’s talk about it in the comments below.