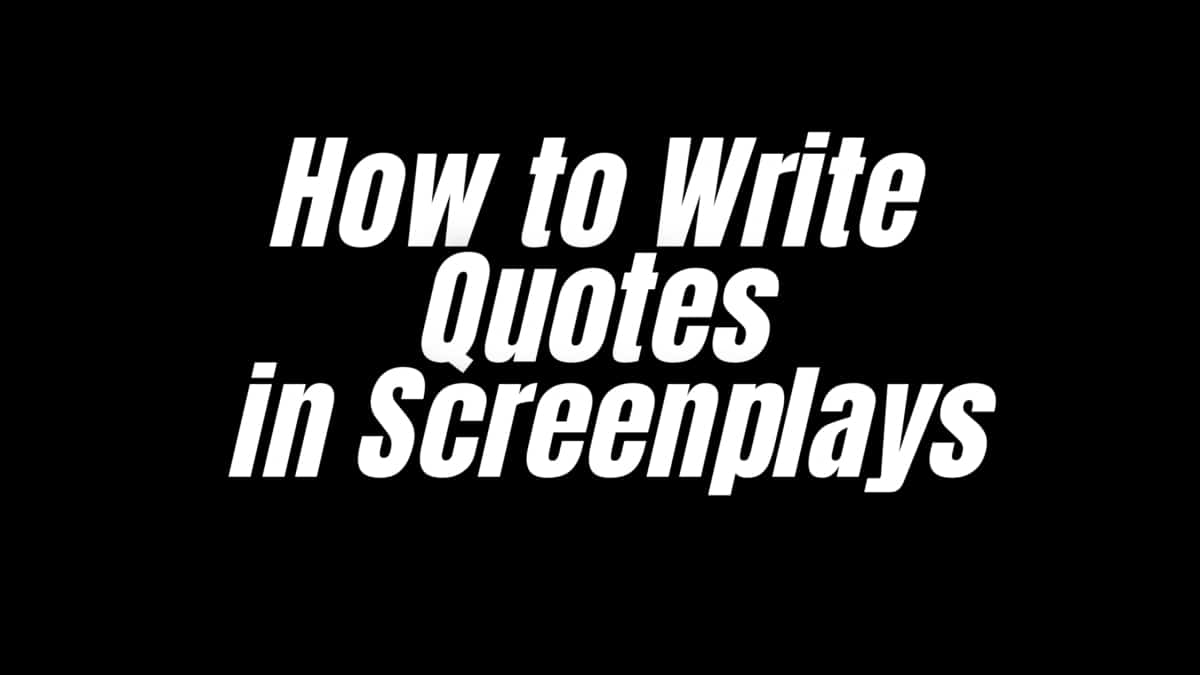 If your looking to write a quote in a screenplay, you’ve come to the right article.

Whether trying to write it:

The format is virtually the same. It looks a little like this:

This version I would use in the begging when the film hasn’t started yet. For example, like the quotes Quintin Tarinito does at the beginning of his scripts.

If it’s in the middle of a film, it would be best to show quotes when starting a new scene.

Then I would put it right under the new scene heading.

Or if it’s after a scene ends, I would use CUT TO:

Let’s see how the quotes were written in a professional script, and we have an excellent example in kill bill.

Now let’s see how it looks in the film.

Why did he use this quote?

It describes the whole film.

The entire film is about revenge. And the bride who is lying has dead in the beginning is the one who doesn’t care how she gets it. She wants it. It’s the perfect word for this type of film.

Should You Write Quotes in Screenplays

Generally, the answer is no; you shouldn’t write quotes in screenplays.

If you’re reading this article, you are most likely new to screenwriting or have never had a movie produced. As a new emerging writer, you need to know one thing.

No one cares about the fine details of your script.

They are here to read the story to determine if they want it for a movie or not—That’s it, and that’s all.

If you give them what they consider fluff like a quote, that is just one more thing to read out of the 20 other scripts on their desk.

This is why you only see quotes in scripts from experienced writers because that’s the only time the people reading will care about what they are reading.

Quotes can give people an insight into what the script is about, almost like a logline to a film in the script.

So whatever you decide to do, choose wisely.

What are your reasons for putting a quote in your script?

What quote were you going to use?

Let’s hear them in the comments below.