You might be aware that video games also need scripts and writers for movies can easily adapt their skillset  to the world of video games.

More often than not, the video game world is more open to newcomers than the film industry has the reputation to be.

So let’s take a look at what a video game script is and where to find such jobs.

How To Write For Video Games?

Therefore, a screenplay made for video games will have more text since it doesn’t only have action lines and dialogue, it will also show additional scenes that the player gets to play depending on their choices throughout the game.

Two players playing the game and making different choices can end up having a totally different gaming experience and game outcome.

As it is the case for feature writing, a video game script starts with an idea.

1. The Idea or Concept

What’s the concept of the story? The main idea and the main goal for the player are all questions that need to be answered. Is it to escape a location alive? Is it to find the princess and free her? Is it to destroy a villain that’s disrupting the world?

If you work for a gaming company, you as the writer might not be involved in the initial idea but hired to write the script later on (we’ll look at the process later in this article).

World Building is one of the most important aspects of a game. What’s the world the characters live in? Why is it special, why would a player want to spend hours wandering around that world you created?

While screenwriting starts with characters, game writing definitely starts with world building, so keep that in mind when thinking of an idea or a script for a game.

A game, just like a movie, usually has one main protagonist. However, some games have an ensemble cast just like movies can too.

That means that depending on the chapter played, the player gets to be different characters.

If you take the example of the widely successful horror interactive game “Until Dawn” (2015) by Supermassive Games & Sony, the player gets to be every character in the game depending on which chapter they are currently playing.

And, the decision they make for each of those characters affects their relationship with the other characters and affects who makes it out alive or not.

When drafting characters, make sure that you create backstories for each of them. These are crucial in video games too since the player wants to know why characters act the way they do. You’ll want to sprinkle some of that backstory throughout your script.

Does the design drive the script or does the script drive the design? In the world of video gaming, it really depends. Sometimes the script comes first and is turned into a design and sometimes someone works on a game design first and a story is then written around it.

That’s one of the main differences between game writing and screenplay writing – but more on that later in this article.

Dialogue is a big aspect of the video game script and differs quite a bit  from movie writing. The reason why is that often in video game scripts, there are choices to be made by the player that can affect the storyline. We call those decision trees.

The player gets to choose what they decide to answer to a question and their answer will affect the outcome of the game. Therefore, there’s usually more than one dialogue option offered in the script. 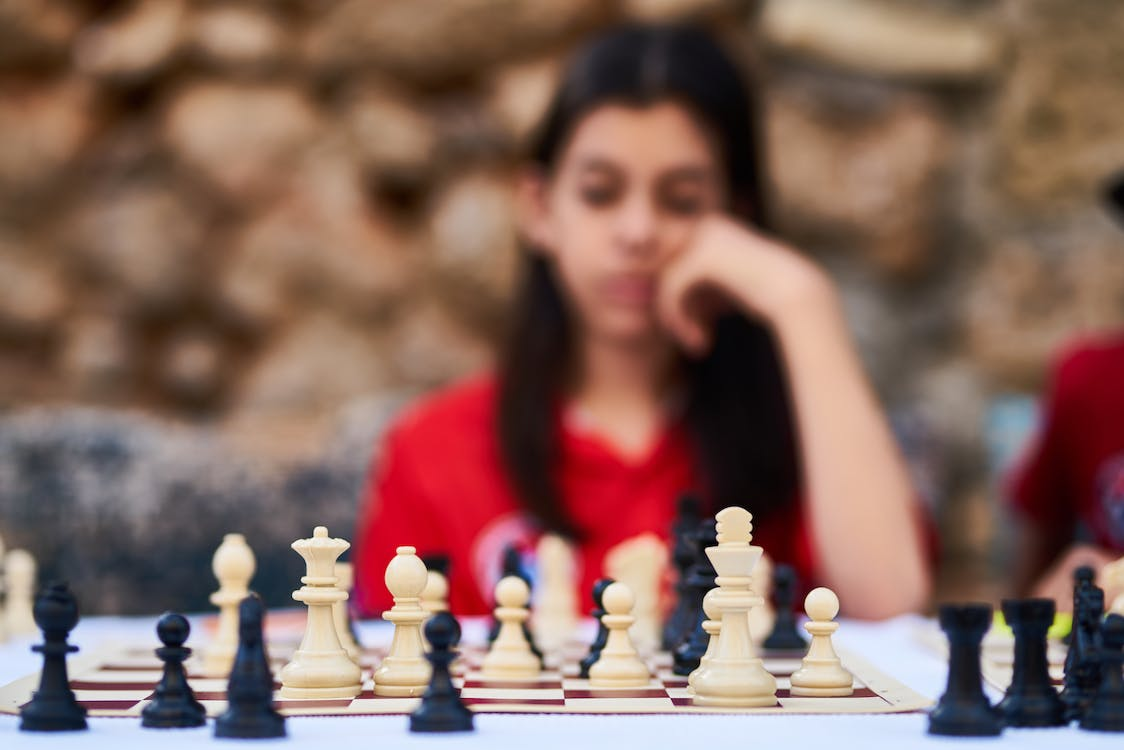 Story Flow is basically the equivalent of a beat sheet in screenplay writing but this one adds choices in it and how they impact the story.

The entire script is layed out this way, where we can see the main story (in the middle) and how the script/Storylines branch out depending on the decisions made by the player.

There’s a version of this where maybe if Character 1 decides to help Character 2, they can get him out of the tree alive and that character gets to live, versus get swallowed by the tree if character 2 doesn’t help.

As currently written, the decisions made by the player can influence their personality and character traits over the story and can also influence future storylines.

That’s what we mean by interactive stories and seeing the entire story mapped out can really help write the script that will incorporate the main storyline and the many options available.

As mentioned above, in general, there is one main storyline that is being followed from start to finish, but the game branches out offering several outcomes for the same game.

Your script will be much meatier than a feature screenplay since more often than not, the decisions a player makes will affect the next scenes, the outcome and even if a player gets to live or die.

Therefore, the script is a lot heavier too since there are multiple stories within a story.

Overall, the script looks the same format wise and can be written in Final Draft or any other screenwriting software. But the script will have a lot more pages (because of all the storylines and branching). Sony had reported that the script for Until Dawn was 1,000 pages long. Yes… you heard that right!

If you work for a bigger company, usually, there’s a pre-production stage that might happen before you, as the writer, enter the picture (unless it is your idea and concept that is being developed into a game).

In the Pre-Production stage, the market and competitors are being analyzed, the target audiences are being determined, a marketing strategy is being put into place and the developer chooses a platform (computer, mobile or consoles) and how the game will make money (ads, in-game purchase, fixed cost, etc).

In this pre production phase, it isn’t rare to draft art pieces such as characters or important designs in the world.

Then comes the Production stage. This is when the Game Writer comes into play. The production part is the longest of the entire process.

In this part, a basic outline and basic script is written and a prototype for the game is made at a minimum cost in order to test the prototype on employees and selected professional players.

Depending on the feedback, the game is adapted and written as a fully fleshed out script.

At the same time, the game is being developed into 2D or 3D. If we speak 2D (more often for mobile games), the process to make the design is faster and less complicated. If we speak 3D (computer and consoles), it will require sculpting, texture, animation, etc.

One of the main differences between the production of a game versus a movie is that the movie only starts production after the script is locked. In the case of writing for games, the writer works closely with the designer and the game is designed at the same time as the script is.

Production for video games also has sound, music and voice acting. Actors come into the studio to record their voices on the characters and music is made or selected for the game.

One of the last parts is to use a coder to code the entire game and multiple storylines together.

The last part of the production process is to hire professionals to try the game and report any errors. Once that’s done, the game gets launched onto the market and during the first few weeks, gamers will most likely find errors that they will report which will lead to the Post-Production phase.

In the Post-Production phase, these errors are corrected. For some games such as the popular game Fortnite (available on all platforms), the post-production phase is never ending since the game frequently comes up with updates and changes to the map for the players to stay entertained.

Where To Apply For Game Writing Jobs

Some of the most famous companies to hire interactive writers/creative writers for their games are:

To put all chances on your side you should regularly look up these pages to see if a job opens that you might be qualified for. Additionally, make sure that you know about the latest games, like to play video games and have a solid background in Writing.

Also, as for every other job, networking is key to land a job in writing for video games.

One quick tip on how to get started? Find video game writers that you love and send them a quick email to see if they’d have time for a chat – there’s nothing like hearing from the ones who are doing it themselves.

How Much Does a Game Writer Make?

So… should you consider writing for video games? It depends if it’s something that you like or not.

Anything you write should excite you – no matter if it’s a screenplay, TV pilot, Play or a Video Game. You need to love it in order to do it because writing for video games is time consuming and a long process.

Now, it can either become your career and the only thing you focus on or it can be something that you do while you continue writing movies.

Afterall, the writers of Until Dawn have gone on to write several other games such as Hidden Agenda, The Dark Pictures: Man of Meddan and The Quarry but they also have written several movies and continue to do so.

So, writing for a video game is definitely time consuming but if it’s something that you love, I can only advise you to get connected to the video game industry and its people who will be able to guide and mentor you on that journey.